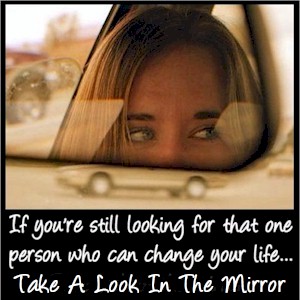 There’s this human trait that most people have, which is the tenancy to wait for others to give them what they want, or expecting them to know and then fulfill what their needs are for them, on demand, automatically. This pattern of “waiting for someone,” causes nothing but pain and grief.

At the beginning of any new relationship, what you’ll initially get is everything that you’ve ever wanted fulfilled, what you’ve longed for, which includes all of your fantasies of love, such as: tenderness, affection, attention, excitement.

You then think that you’ve finally found your perfect match, your significant other, and from that moment on, all of your wants and needs will be fulfilled forever.

You envelope yourself in the illusion that this new adventure, that this attention on yourself will last forever, and you’ll never need to do anything else to continue receiving this stream of love, this constant flow of energy from your new partner.

Then There’s Real Life
Reality then steps in and things turn out differently. After a while, that shine of your initial love begins to luster, the attention and the energy which you once received goes missing. That energy is now directed back into their careers, friends, and all the other activities which they had before meeting you.

You then begin to panic. What’s going on, doesn’t this person love me any longer? How did I suddenly become so boring and tiresome. You begin searching for reasons why that affection of love is fading away. You were initially the main attraction, but now you’re reduced to a dim glow.

Give It To Me Now
You then decide that you won’t allow this to happen to you, and you demand that they continue to give you all the love and attention that they did in the beginning. You focus yourself on what you feel you’re entitled to receive, what your partner should be giving you.

What’s odd, however, is that you’re not focusing on what you can give back to that other person. Why be so stubborn and continue maintaining this abstract belief that everything you want should be given to you, pronto.

Why wait for the other to give you what you’re wanting. Why not begin by giving it out yourself. Begin by giving to them exactly what you’d like to receive for yourself.

You have nothing to lose when using this approach. The benefits you’ll earn in return, what you’ll gain back is the missing: love, attention, affection, energy, and excitement. That’s right! The exact same things which the other freely gave you in the beginning.

Giving Out The Energy
Begin by giving out the love yourself, give it to them. Giving is the only proven and fail safe way of making sure that you get it back. The only hazard being that you might get hurt, get rejected, or taken advantage of.

But if you continuously need to wait for someone else to give you what you’re wanting, you can be waiting forever, and there’s always the elevated risk that you’ll ever get it, there are no guarantees. But if you give out exactly what you want, then it usually becomes reciprocal.

Tuning Into The Right Frequency
Why this works is because by giving something out that’s exact to what you want, what you’re doing is “tuning” into the same exact frequency of whatever you’re giving out.

For instance, you’re wanting more attention, then instead, try to find out where that attention is now missing, then fill in that gap yourself.

Begin by asking them how they feel, how their day went, what they’ve learned today, if they found out something new. Show your genuine interest, and then they’ll return the same interest back to you. Once you give attention, you’ll then get equal attention back in return.

Be First Give To Receive
You’re wanting love, then give love. You’re seeking advice, then give advice. You’re looking for a boost in energy, then boost the energy of someone else, as once you do so, you’ll feel your own energy rising. It’s all about reciprocation.

Set an example by being the example. Instead of dreaming of a wonderful career which satisfies your needs, try to be better at your current job first. Instead of waiting for your friends to invest their time and energy in your relationship, give them the extra time and energy yourself.

Instead of waiting for calm and peace to come into your life, why not distribute it by creating the silence and the inner balance that’s needed, this to feel the peace that you’ve longed for.

Feel The Energy Vibration
It all comes down to the energy that’s vibrating. By you deciding to give what you want to others, you’re then tuning in to the same vibrational energy of whatever it is that you’re wanting.

This works for anything that you want. Not only will you get it back by you giving the exact energy out, you’ll also become much less dependent on others. If you don’t get what you want back, then they’re not worth it.