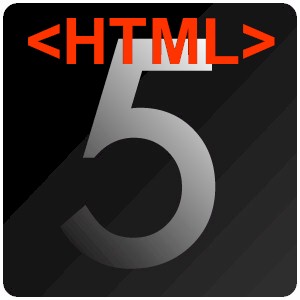 The number of web browsers which are expected to be using HTML5 is estimated to be in the couple billion within the next few years. This is mainly because of the prominence of mobile devices and more specifically Apple.

The Internet Standards Organization, along with the W3C or the World Wide Web Consortium, states that the official HTML5 programming standard will remain in official “test mode” for a least a couple more years however.

But in one form or another, there are a significant number of developers who are currently constructing web sites, mobile sites and mobile apps, and are already using HTML5.

[ad#co-1]
HTML 5 Already In Use
The HTML5 features which are found in the various categories such as multimedia, graphics, data storage and user interaction, just to mention few, are the one’s which are expected to be widely used by developers, much sooner rather than later.

The usage of HTML5 is expected to rapidly accelerate since they are making a significant impact on the current smartphone operating systems war. Apple as expected, is the main proponent of HTML5 as well as being the primary benefactor as well.

HTML5 Popular In Mobile Operating Systems
All of the major players who has their own mobile Operating System, as well as having a smartphone or a tablet PC on the market, such as Google and their Android, Apple’s iOS, Microsoft and Research in Motion, are all currently using a form or feature of HTML5 in their OS.

The key driving force that’s supporting HTML5 is that the mobile web developers are wanting to make the functionality of their mobile web sites to rival and be comparable with the various mobile apps which are available on the market.

Since a mobile app resides directly in the mobile device without having to use the browser to directly access a website, as well as they being able to take advantage of all the features as well as the functions of what the particular device has to offer.

For example, apps are able to directly integrate with the smartphone’s built in GPS system or address book. They are also able to cache data on a mobile device, which speeds up performance, while making greater usage of the device’s on board processing power.

Using some of the features of HTML5 enables the mobile site to look, act and feel more like an app. So for now, because of this, apps are generally acknowledged of being able to provide the better mobile experience.

Apple Leading The Pack
Apple, like anything else mobile, is currently leading the pack when it comes to HTML5 web browsing development, as they are continuously adding more functions, features and upgrades to their Safari web browser, which drives their iPhones, iPads and the iPod devices. The only thing that the other mobile OS developers can do is to try and keep up with Apple, whenever and where ever they can.

Also, the developers who are creating the majority of the HTML5 features for mobile sites, are currently focusing on Apple, not because they are the market leader, but because there’s less “fragmentation.”

Any HTML5 feature that’s added to a mobile website will instantly function and render properly on all of the Apple’s devices, since they’re using the same browser and operating system that’s built with the hardware technology.

Currently, certain HTML5 features on Google’s Android OS experiences fragmentation. Though all the Android based devices runs on the Android OS, as well as the Android mobile browser, the ones which are built by Android’s major partners, such are Motorola, Samsung and HTC, all uses different technology such as the processing power or the user interface.

So because of this, the developers of the Android sites has to take into account the differences in the Android OS devices, where there’s no such problem with Apple.

The Features Of HTML5 On Mobile OS
The most popular of the HTML5 features is the Geo-location API or application programming interface. What this does is it will enable mobile sites to access the mobile device’s built-in GPS technology.

Another great HTML5 function which is popular with the developers is the ability to play videos on the mobile devices without the need for Adobe’s Flash. This is significant as all of Apple’s devices do not support Flash.

Web developers are also taking advantage of some of the graphical features which HTML5 offers. The 2-D programmable API, as well as the advanced Cascading Style Sheets (CSS) templates which dictates how the web pages render, allows the developers to use much richer dynamic images, and are able to do so without increasing actual load time.

Also, HTML5 allows for the use of a feature called app cache, which enables mobile sites to be able to store or cache data on a smartphone. This will enhance speed through fewer or less server requests, each time that the page loads.

HTML5 also enables web programmers to make the mobile site pages a lot more touch-friendly, which is one of the key driving features of the mobile touchscreen technology.

Using HTML5 allows consumers to access the web easier from devices other than traditional desktop PCs, as well as allowing the mobile websites to be on equal footing with the native mobile apps.

Web Browsers NOT Apps
The current mobile operating system war is centered on the web browsers, and not the apps themselves. So because of this, when any of the major OS developers introduces a brand new HTML5 feature, they will instantly have a competitive advantage.

The competitive nature of these companies seems to be to “one-up” each other, by adding new features which the others have recently added. So based on this reason alone, there’s expected to be rapid development and adoption of HTML5 since the devices as well as the browsers will all be there, and the various developers as a result, will be able to utilize all the powerful new features.