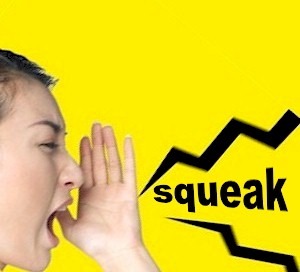 We all know that we have certain command and awareness over our body language, our own unique personal style that we like to project. Once we begin to talk however, we’re usually not as aware of our unique distinct vocal tone.

These sound values influences how we’re perceived and distinguished by others. Usually, just by the tone of one’s voice, it can be comforting, confusing, or commanding. Some voices may be shrill and can annoy to the point that whatever is said is ignored.

Other than giving off non-verbal cues, our voice is the first impression that we give away once first meeting someone, and it can make an everlasting impression. It will easily identify you from afar.

A voice can distinguish and will set you apart from everyone else while also revealing how you’re feeling at a particular moment or a given situation. A full resonant voice is able to communicate personal as well as sensitive qualities.

A voice that’s well trained is able to bring a story to life, expressing ones true passions and conviction, or can be the calming voice of influence when it comes to dire circumstances.

You Are What You Sound Like
The majority of us don’t bother to think how we sound but rather we’re more focused and concerned about what we’re going to say. When just socially shooting the breeze, casual conversation is easier, and it flows a lot more freely.

Any type of business interaction can be a completely different matter. We’ll choose our words more carefully, gauge the listener’s body language which determines if we’re getting through with our message, then decide what we’re going to say next or when, then adjusting accordingly.

While we make this adjustment, we really don’t bother thinking about how we actually sound. We’re unaware of how much influence that our voice has, and that the listeners will instantly attribute certain personality characteristics because of it.

A voice which sounds too nasally may project boredom, self-deprecation, or a complainer. Someone who sounds hoarse or growls might be thought as too authoritative, unemotional, or indecisive.

Then There Are The Distinct Voices
We are all aware of the most memorable of voices and who speaks them, such as James Earl Jones, Barbara Walters, Bill Clinton, etc., who for the most part are pleasing to the ear and distinctively recognizable.

Accordingly to a recent poll, it’s found that most prefer a relatively low pitched voice peppered with minimal high frequency. So those voices which are soothing and melodious with full resonance are the most enjoyed.

Why Some Voices Annoy
Why then do some voices annoy and sound less pleasing. A tongue which has poor speaking habits or has a resonance disorder may be the cause. A voice disorder is recognized as a disturbance of pitch.

Other factors include the vocal cords being too loud, or a poor reflection in relation to someone’s gender, age, or cultural background, referring to a heavy accent. These voice disorders can occur for a variety of different reasons.

If this occurs, what’s recommended is that one consults with a professional Ear, Nose, and Throat Specialist. This to determine whether there’s a medical cause such as Parkinson’s Disease, acid reflux, vocal cord paralysis, which can all harm the vocal cords.

Most often, an individual’s poor voice can be caused by vocal abuse or misuse such as constant screaming, throat clearing, talking too much without taking a break, or smoking.

Other reasons include allergies, colds, or exposure to chemical irritants such as ammonia, which are all considered temporary.

The majority of professionals such as singers, actors, lawyers, teachers, public speakers, etc., who depends on their voice since it’s their livelihood, are more susceptible to this type of vocal abuse.

The Treatment Of A Poor Voice
Fortunately, the majority of these functional issues can be treated by a Speech Language Pathologist, as they specialize in voice disorders. They can assess how your voice is working and sounding.

They’re able to identify any signs of abuse or misuse, or if there’s any environmental factors which may be contributing towards the difficulty, while helping you improve the way that you sound.

Keeping Your Voice Healthy
You can keep your voice as healthy as possible by doing the following:
• Hydrate with water as often as possible
• Consciously speak with proper breath support
• Use a vaporizer in the home to soothe the voice whenever the air is dry
• Use a microphone when public speaking
• Give yourself the occasional “voice break,” and
• Avoid excessive amounts of caffeine and chocolate

If you happen to sound too nasally, sounding as if you always have a cold, the reason may be because of an imbalance of the sound vibration in the throat, nasal, or oral cavities while speaking.

The Value Of Proper Airflow
When speaking, the goal is to always have excellent airflow through the mouth particularly for all of the speech sounds, all except “m,” “n,” and “ng.”

Abnormal resonance will usually occur whenever there’s an obstruction in the throat, nasal, or oral regions, or if there’s a problem with the hard or soft palate, which is the roof of the mouth, or both.

A visit to the ENT specialist may then be warranted so that the direct structures which are involved in speaking can then be examined. The issue will then be diagnosed, and recommendations made for the appropriate treatment.

But I Sound Too Nasally
For those who may come across sounding nasally without physical cause, its recommended that the individual see a Speech Language Pathologist, as they specialize in specific voice disorders.

Whether the problem is because of a regional dialect, reduced opening of the mouth, poor speech patterns, or using a “trendy” sounding resonance, there’s help for this.

Once the reason for the nasal sounding voice has been identified, exercises can then be assigned which will achieve proper balance when it comes to oral and nasal resonance.

Some of the exercises may include reducing the loudness of the voice, or using words which doesn’t contain nasal sounds such as, ark, shock, take, etc., while opening the mouth wider when speaking.

So if you’re unhappy with how you sound, or how your voice detracts, it’s recommended you see the appropriate specialist in this area so you can project your best voice forward.

The Steps On How To Naturally Attract More Money Towards You

How Toxins In Our Everyday Foods Are Affecting Our Health