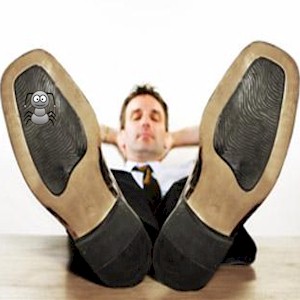 Procrastination, the excuse of the pessimists and the comfort cushion for the lazy. The empty reason when it comes to putting something off by beginning something, and then failing to finish it, which had been decided consciously.

Which isn’t the same as choosing to do something at a later time since there’s not enough time, or the benefits of putting if off outweighs doing that task right away.

It’s also not considered procrastination if you happen to prioritize a certain task, and brand it more important or pressing over another, and as a result, you’ll attend to that issue first.

There are a variety of reasons why we procrastinate, by putting things off which can reduce our anxiety regarding a certain task, or other feelings which are associated with what needs to be done. This allows us to indulge our impulses by doing things which may be more interesting.

The issue is that in the long run, those who procrastinate will usually tend to do a poorer job than they would otherwise, while some goals are never started, reached, or finished. Usually, procrastinators will often create more problems than they’re able to solve.

Ways To Stop Procrastination
• Reestablishing The Initial Goal – Those who are wanting to kick this dastardly procrastination habit, what they need to do is reconnect to why they originally wanted to accomplish that goal.

For instance, if you’re wanting to lose weight, then it’s important to remember what the reasons were for shedding pounds was in the first place. These reasons should motivate or at the least positively frame the intent, such as you wanting to have more energy, or be healthier.

So associate with the encouragement rather than listening to the inner critic of discouragement. Remembering why you initially agreed to the goal will also help you in negotiating with it, when you feel like giving up.

• Break It Up Into Smaller Pieces – What research proves is that once you break down a goal into smaller more manageable parts, it makes the task a lot less daunting.

What it also does is it provides for multiple smaller opportunities of success once they’re completed. Each win can lead towards greater confidence, making you believe that you can do it, do whatever you need to do. Then before you know it, you’ve reached that goal.

• Setting A Time Limit – This perhaps being one of the more simplistic yet powerful tools which will keep you on course. This involves just setting aside a predetermined length of time for the task.

Try this whenever you need to do chores such as cleaning out your closet or the garage, when you know something that you don’t enjoy doing needs to get done. If you just have one hour to do something which would usually take 2 hours, then you’ll most likely work as fast as you can before the time expires.

• Training The Brain Better – Being more mindful can be a valuable ally which engages as well as strengthens the frontal lobes of the brain. These are the areas which are responsible for analyzing certain situations, which then determines the best course of action for success while staying focused.

So regular and routine mindfulness such as meditation helps in noticing any potential distractions while bringing your focus back to what your original intent was.

Also, research has shown that continuous practice results in increased thickness in these areas of the brain, which indicates physiological improvement.

• Don’t Get Distracted – It becomes all to easy to constantly check your email or Facebook every few minutes, or just aimlessly surf the net when you should be working. There’s even software programs available which will block the most popular or the most distracting sites, set to a time limit, such as 9AM to 12PM daily.

Although these limitations may be frustrating initially, it will keep you focused and on your intended task while putting off your surfing pleasure for later.

• Scheduling A Regular Time For Certain Tasks – Decide exactly when a certain goal or task needs to be completed. At times, this will be decided for you by others, or you’ll need to set a time or date yourself when you want something done.

Then pace the individual tasks which are related to the goal as well as the due date. Schedule appointments and then put them into your calendar and stick to these appointments.

• Visualize That You Can Do It – If you have an ounce of self doubt, it can put you into a perpetual negative trance of doubt. Both consciously as well as unconsciously, we believe that we’re not able to complete things, and then dutifully won’t.

The biggest enemy being “I can’t,” which creates vivid images of we doing the things that we’re wanting or should be doing, but know we can’t or won’t.

So visualize yourself as someone who’s effective and competent as you’re wanting to be. Picture the qualities that you need or want to achieve to complete your goal.

View yourself moving forward based on points on a timeline, going towards the desired goal. With each step that’s completed, envision yourself as becoming more determined and organized.

Experience the feeling once the goal is completed, such as satisfaction, and more likely relief. Guided imagery can be a powerful tool when it comes to a successful mental process, and eventually making it a reality.

Procrastination is an issue for a wide range of people. But it’s possible that we can change these old patterns while developing new skills, and then ultimately we get things done.

Instantly Improve Your Energy Level In Just A Few Minutes