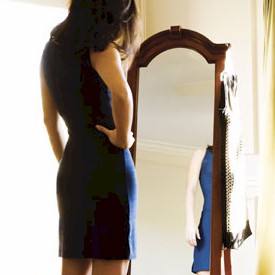 If you’re truly dedicated this time, you really want to lose weight, and then keep it off, Registered Dietitians suggest that you stop reading all of those new fad diet books on the market, stop watching the media on the newest weight losing tactics.

The weight loss industry has grown enormously in girth, and is now a $50 billion dollar annual business. This industry involves anyone who has a remote interest in health, such as fitness experts, coaches, celebrities, who all advocate or endorses their particular diet, or remedy, and claim that under their guidance, you will lose weight. Unfortunately, the majority of them just don’t work that well.

It’s estimated that up to 90% percent of all dieters will gain back that lost weight within 12 months or less. Weight loss experts firmly believe that it’s not the latest, greatest diet that you choose, which makes you gain back that weight, but how you alter it to your specific lifestyle and body type.

You also need to know the exact type of behavioral strategies as well as the motivational skills which you need to adopt, so that you’ll stick with it. This the experts claim is the most important to losing weight successfully.

There are some guidelines which have been universally established within the weight loss industry, and they all agree that those who have the dedication to go through this diet process will keep the weight off.

These proven strategies are based on a large cross sample test size, this based on actual clinical trials which are conducted by researchers in real life settings.

Sticking With The Same Specific Diet Long Term
The majority of those who go on diets will actually shed some weight, while improving their overall cholesterol levels, resulting in improved insulin sensitivity, all within several months after starting their specific diet.

Unfortunately, these dieters will usually maintain the weight loss program but not over the long term, and then they’ll gain back the bulk of the weight within a year. So instead of attempting to lose the weight quicker, choose an eating plan with foods which you enjoy eating, which you’ll most likely want to stick with.

So its recommended that you meet with a nutritional planner to tailor an individual food plan, this based on your personal as well as cultural preferences, and tailored to your lifestyle. This can increase the chances of success in the long run.

Behavioral psychologists will also be able to help you structure your life, which decreases the various temptations while simultaneously combating the type of thinking which leads towards giving up on a diet. So ongoing weight loss counseling is recommended, with a certified dietitian, for those who are genuinely wanting to lose weight and then keeping it off.

The researchers speculated that the reason for this was because for those who exercised for 60 minutes, they may have expired their willpower because of the additional activity, forcing them to eat worse food because they were exhausted, and their discipline was worn down.

In addition, there’s research which suggests that exercising doesn’t always stop our metabolism from slowing down once we decide to restrict calories, as previously once thought.

Biting The Calories
Another study was conducted where those interested in losing weight were tested on calorie intake. They were split into two groups. Both groups were fed the same exact number of calories on a daily basis.

The first group was asked to count the exact number of bites that they took by using a counter. The second group was asked to eat normally as they usually would. The group which counted the actual bites lost more weight while feeling satisfied quicker.

So when you deliberately pay attention and are conscious to what you’re eating, how you chew and eat your food will make you a lot more tuned into your body’s satiety cues.

Eating A Hearty Breakfast
It goes back to what mom always said, that breakfast is the most important meal of the day. So it’s true that, “Breakfast is king, lunch is a prince, dinner is a pauper.”

There was a test which had one group of dieters who were given a protein rich breakfast containing 600 calories, which included cookies, a slice of cake, and a doughnut. They actually lost more weight overall than the other group which were assigned to a 300 calorie breakfast.

Both groups also consumed the exact number of calories for their lunch and dinner. Those who ate the bigger breakfast were able to stick to the calorie regimen better, and weren’t as temped to eat junk food throughout the day between meals.

Eating All Your Vegetables
Of all the different food types, such as fish, meat, dairy products, the amount and quality of the vegetables that you consume is consistently the best reliable source when it comes to weight loss, which isn’t a revelation.

What most vegetables contain are valuable nutrients and fiber, which offers a much bigger bang for the buck when it comes to calorie intake. In further studies, however, it’s been proven that low fat diets can actually increase the risk of heart disease, as the body also needs healthy fats, such as omega-3, which is naturally found in fish.

Getting The Proper Sleep
The final study was based on sleep where the participants were ask to sleep 9 hours a night for a few days, and then had their sleep restricted to just 5 hours a night.

Besides the predicable grumpiness, it was found that those who had the 5 hours of sleep ate more junk food during the day, and as a result were less compliant to their weight loss regimen.

Once individuals become sleep deprived, fatty, higher calorie sugar based foods became more attractive to them, most likely because of the quick burst of energy that they provided. The lack of sleep also contributed to giving in easier on tempting behaviors as well, such as excess alcohol.

How To Avoid The Common Mistakes That Marketers Make

How To Improve Your Klout Social Media Networking Score