Reasons Why Introvert Personalities Can Be Good Executives 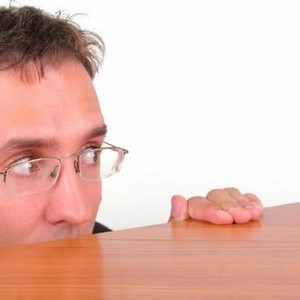 There’s always this belief that you need to be loud proud and brash when in the workplace, especially the upper tier executive positions, that the individual needs to be a full blown extroverted egomaniac.

This stereotype is projected when we envision the ultra confident highly driven narcissistic executive who effortlessly speaks in front of thousands without a frown, or skillfully mingles at events or social gatherings sans a sweat on their brow.

Although there’s obviously some merit and advantage to this, that it helps to be slick and sleek, as it’s realized that the extroverted personality does command a few natural business advantages to their favor.

But the fact is that introverts have proven that they can also make excellent executives of business, especially those supporting positions below the CEO, such as a CFO. Their strengths may be less obvious but they’re not considered to be less effective.

Based on a recent survey, the majority of these introverts were usually all quiet reflective individuals who could easily be classified as retiring, and they all shared the same basic characteristics.

They Are Highly Analytical
They’re known to be experts at quickly finding their way through mounds of data while easily being able to reach to the core of the matter. Although they’re quiet in nature, they’re not indecisive but rather they just want to be absolutely certain that they’ve investigated the issue from all angles.

They Measure And Gauge Their Responses
Introverts are not generally prone to rage into sudden bursts of anger or display ego ridden temper tantrums, but they’re rather thoughtful in how they sift through and then process all of the vital information.

They as a result will avoid most of the common pitfalls of being an executive, as they would rather go off in a calculated emotional response when warranted, one that’s more strategic.

They’re Extremely Good Listeners
Since the majority of introverts are generally naturally quiet, they allow others to do the bulk of the talking and conversation. But what they do is listen concisely to what’s being said as keenly as possible.

So what this often results in is you dealing with a brilliant COO, whom may appear stoic, aloof, and as if you’re talking to a brick wall. They don’t talk that much or give away anything, you never know what to expect.

Usually the silence is that they’re just absorbing as much as they can, so it’s advised that you make as few mistakes as possible, preparing yourself the best way you can.

They Don’t Usually Take Risks
One of the most critical management functions is to avoid taking disastrous risks which can be fatal, that usually occurs on impulse or poor planning. Exceptional introverts, for instance, are able to foresee potential disasters using their intuition, and can then formulate a plan to avert the danger.

They’re Always The Voice Of Sound Reason
They don’t usually project their voice the loudest but is often generally the most listened to. They have less charisma and aren’t as flashy, or that their words spoken is as eloquent, but they display rationality.

So it’s much appreciated by the majority of people who likes to hear something which sounds rational, reasonable, and thought provoking, which others will always respect and want to hear more of, instead of a lot of babble.

The Most Successful Of Introverts
To become even moderately successful as an introvert in an executive or management position, you’ll need to be willing to force yourself outside of your usual comfort zone at times.

You’ll need to be willing to force yourself forward by speaking in front of a large group of people on occasion, or run large contentious meetings while wading and negotiating through interpersonal conflict. All this while your true natural inclination is to run rather than have a good fight.

But ultimately, all of the outstanding leaders will stand up and they come in all shapes, sizes, and variations. Some of the qualities which makes people look skyward and thus makes them introverted will also usually help them make better decisions. This being the key element in what an effective executive is all about.

When Introverts Need To Work with Extroverts
• Realize that extroverts usually need to interact while thinking out loud
• Know that extroverts has a need for constant small talk, so prepare a few topics of light conversation
• Expect to do some active brainstorming, do come up with some arguments in advance
• Jump in and then interject whenever necessary, this in a strong and confident voice

Extroverts Needing To Work With Introverts
• Realize that introverts will need additional time before they state their opinions
• Schedule meetings beforehand, never drop in on introverts
• Avoid interrupting, if you need to do so, allow them to speak their piece first
• Understand that introverts will usually tackle one task at a time, so don’t expect multi-tasking

What Introverts Should Know About Their Working Environment
Imagine that you enter a conference room which are filled with your colleagues and bosses. The meeting begins with the usual piping up, the pontification, and the routine jockeying for getting attention.

So in these spirited discussions, you sit there and begin contemplating what you might add or say to the back and forth dialog. In fact, all of your best thoughts and rebuttals come forward after the meeting ends.

What this silence suggests is that it may be potentially costing you in your career development. But that doesn’t necessarily need to be that way. If you happen to be an introvert and you prefer to think before you speak, that can actually be an advantage to you.

What it usually means that once you do speak, you’re more likely to be heard since you may have something important to say. However, you may also find it a bit challenging to speak up before you actually are ready to do so.

So why not rest up and then prepare yourself beforehand so that you’ll show up at these meetings completely refreshed, and readily arm yourself with several important points that are already formulated.

How To Recognize And Ignore The Drama Queens In Your Life