Jun 24,2014 Leave a comment earning more on the job, how to get a raise, how to get paid more, how to interview for a job, making more money at work, negotiating the best salary 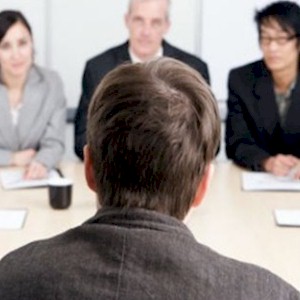 What’s common is for people to avoid confrontation whenever possible. No one really enjoys to solicit money from someone who’s plainly not interested, inclined to give it. On interviews, it can become combative, a battle of wits when negotiating a salary.

Some may feel that they’re under performing or not as competent as they should be, then hesitate when asking for a raise. Others are troubled with self doubt so they sell themselves short. All reasons which has nothing to do with what they really want or are worth.

What these individuals need to learn is how to assert themselves better under these circumstances, which means standing up for themselves at the workplace when under review. What invariably happens is that the employer and worker will tug on the opposite ends of the rope, and it can become fractured.

Asking for a raise during a work assessment is a negotiation which usually has nothing to do with the job itself. If it’s successful, a win/win situation, then both sides won’t feel resentful or cheated.

Steps To Getting Paid What You’re Worth

Not Asking For Enough
First realize that you may be undervaluing yourself. What you need to ignore is not knowing, dismissing what others in similar positions are getting paid, as everyone has their own unique circumstances.

Stop thinking of what you’re not doing enough of, and then discussing that with the interviewer, but instead focus on all of the positive things that you’re doing for them, for the company.

Be Thankful For The Offer
Be completely grateful for what you’re offered, this provided it’s close to what you were expecting, while ignoring the criticism from others that you should of negotiated for more. Or that you happened to of accepted too quickly, that you cut yourself short and left money on the table.

Similar to dating, if you’re attracted to someone and you are invited out, then your best bet and interest is to say yes, this rather than thinking that someone more attractive or richer may come along. If it’s close, then you take the offer.

Making Sure
Make sure that you give yourself some time if you’re low balled or if you’re in doubt. What most think is that they need to accept immediately once they get an offer. This may be true if the offer is better than expected, or you’ve been negotiating for a significant time.

If the offer happens to be below what your expectations were, and you don’t feel you’re ready to counter or discuss it yet, then just simply say that you need to think about it.

Then determine what you liked or disliked about the offer, while coming up with a counteroffer if you’re still interested in the opportunity. Keep it as straight forward and simple as possible.

When To Ask For A Raise
Never ask for a raise too often. Whenever people are unhappy with their wage or the job that they have to do, they’ll then begin asking for small raises instead of negotiating for what they really want.

Whenever you ask for a raise too often, what you lose is bargaining power and may appear needy. Instead, once you decide what your ideal salary or benefits should be, and once you place your full conviction into it, then you’ll gain power and assertiveness.

Always Have A Plan
Make sure that you have a plan of attack, a strategy in place prior to your negotiating session. There will be times when you have no idea what the salary or benefits are that’s offered.

Make sure that you agree on the job first, that you could do it and you’re qualified. Know exactly what’s expected from you. Also know your level of interest and competence.

Once you both feel that you could potentially be suitable, then begin talking money. This money talk should follow once knowing and learning about one another first, knowing that the personalities fit, and knowing each others overall expectations and goals.

What To Ask For
The amount of money that you have in mind and ask for, should be close to what the going rate is for that particular job description. This should agree with the type of education and experience you have, and how much you really want or need the job.

It shouldn’t be dependent on how much money that you’ve made on your previous job, even if it was similar in nature. What most people will do is exaggerate anyways, about what their previous job description or what their past salary was.

Telling Little White Lies
It’s advised that you shouldn’t make up falsified stories on a job application which can easily be checked. For instance, what most will do is fib on their credentials, such as post secondary education, or a job position and salary for a previous company they’ve worked for.

Almost everyone is guilty of stretching out the dates of employment where they worked previously, this to cover up for the gaps when they were looking for work. This to most interviewers is expected and thus reasonable practice.

Remain As Accurate As Possible
It’s also expected and at times acceptable to exaggerate your knowledge of a certain expertise. For instance, it may be reasonable to claim that you’re completely knowledgeable of certain computer applications which you may not have seen before.

Make sure that that tell your prospective employer that you may need to brush up a bit. Then, you should be afforded the time to learn the program. It’s always better to get offered the job first, accept it, and then hope things turn out for the best.