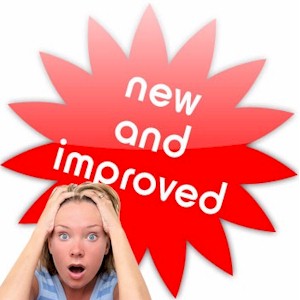 Words create havoc as they carry immense weight, words in a passage has immediate emotional impact on the reader. Words can influence the minds of individuals as they have the ability to completely alter the perception regarding a particular subject.

A string of well crafted words can carry persuasive power as they entice and motivate once read. They’re strategically used in formation to passionately drive a message of action to the point. The strict command of words, referred to as power words will cause movement.

In advertising, when creating ad copy, what the use of the words “new” or “improved” does is they’ll instantly create a sense of curiosity. The reader will get the impression that a product or service is something that’s different or unique from others, and as a result will attempt to get it before anyone else does, this to get an edge over them.

The Impact Of Using Power Words
Boring drab products such as laundry soap has always been advertised as exciting, new and improved, sparkling, this because it works, it promises to inject new adventure into doing mundane laundry.

Regardless if it really happens to be new or improved is up for debate, but just the power punch use of these electrifying words in an otherwise generic product elicits excitement.

Take for instance the magical effect of “Money Back Guarantee.” These are considered power words since they’ll instantly help to gain the immediate trust of your customer, eliminating the risk of purchase.

It’s now usually required to print these exact words as the closing line of an advertisement, such as on a sales page of a website. Beyond that, what appears are the methods of payment and how the refund will be returned if the customer isn’t satisfied. This creates a prompt to purchase without worry.

And The Biggest “Secret” Is…
The most successful of advertisements in history uses a little known secret which is guaranteed to generate curiosity within the reader. The motivation for this is being that readers are always thirsty for hidden knowledge.

What they want to know is what others don’t know, a “secret.” They think that there’s some type of vital information that they’re missing, this since they haven’t gained success in something particular.

Using the words “Insiders say that” for instance, has a similar effect to the word secret. It provides information from someone who has more expertise than them, and is thought that the information is still unknown, a mystery to the majority.

The reader will then as a result gain access to this knowledge once they transfer over their money, and then the information will be immediately revealed to them.

Everything Is Free
The use of the word “Free” in the headline of a message is also known to do wonders for attraction. The reader will begin absorbing the message quicker, this until the object or whatever is free is revealed to them.

But if the advertiser somehow is deceptive and tricks the consumer into handing over money for something which was thought and supposed to be free, the trust is instantly lost, even if it just costs a dollar.

Usually the word Free is spelled as FR~E on some sites since spam filters will usually block out messages which actually contain the actual word, considering it to be some kind of deceit.

You And Only You
“You” is an extremely powerful word which is repetitively used in advertisement copy. What it does is it points directly to the advantages of the reader, the customer, if they purchase a particular product or service.

Begin by viewing through the eyes of your most ideal customer, note down all the points which are beneficial, and the points which will decrease or distract interest. Then address all of the advantages to the reader by using “you.” The customer as a result feels that they’re being talked to directly.

Right Away As In Immediately
What the word “immediately” does is it actives emergency and urgency. What it usually interprets to is, “Don’t wait any longer, you should get it right now!” What it does is it motivates the customer to take some type of quick action ASAP, or they may miss out.

The Power Is In The Power
Power itself is considered a powerful word. Hand that power to the customer and then see the magical effect. This gives the consumer the feeling that they can get exclusive possession of something that they’ve lacked until now. This then could make them achieve the impossible, their dreams.

Understanding The Consumers Needs
The basis of any successful advertising campaign is to understand what the consumer wants, and then designing the advertisement accordingly. Just by stating the benefits and advantages of using the product or service generally isn’t enough.

The sentence should be structured so that the customer will see how they can gain advantage of the product. For instance, when advertising a digital camera, just stating that it has a built-in 1 GB of memory won’t be captivating enough.

Instead, words such as “There’s enough memory to store 600 of your most cherished pictures of your family.” The solution, the benefit of the problem for the customer is then instantly reflected or solved for them.

If All Else Fails Then Swipe
Emulating ideas of other advertising copy should be used and applied to other similar brands when it comes to how the text is written, and then placed in an advertisement. It’s called swiping and is common practice, provided that it’s discretely used with caution.

After the sentence framing, then insert additional “power” words to juice up the advertising piece, which will then makes for a winning effective ad campaign that you can call your own.