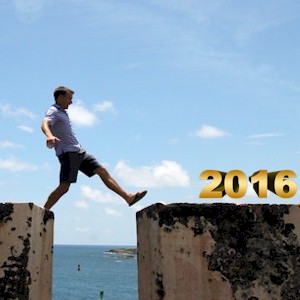 Don’t attract that attention just to gratify your own low self-esteem, by making everything about you. Oh look at me, oh pity me, look at all my pictures on Facebook. Lets see how many likes I can get, lets see how many comments I can get, I’m so lovable and adorable.

Grow up, no one cares. What’s more important is finding yourself, and it’s not because someone says they love you. Then you need to attention horde and announce it. Instead of getting instant gratification by how much others like you, why not love yourself first.

This involves responding positively to adversity and failure and not seeking pity from others. Everyone else has their own issues that you know nothing about. One’s that you’ll never acknowledge anyways because you’re so caught up in yourself.

Your Past Dictates Your Future
The past is a message, so extract all your mistakes and learn from them, then release them. Once something bad happens, treat them as opportunities to learn something that you didn’t know. When others make a mistake, be understanding, kind, and forgiving.

The past is just real life training and it doesn’t define you. Think what went wrong and then make sure that next time, you don’t make that same mistake. Prove that you can learn from your past.

Control Your Future
Be the master of your own fate and it’s accomplice luck. Most think that luck is directly tied to their success or failure. If they succeed, then luck favored them, or if they failed, then they’re tainted, that they’re cursed.

Control and direct your luck instead. Never wait or worry for good or bad luck to happen. Believe that success or failure is in your control, that either way, it’s you that caused it.

Never waste your mental energy worrying about what fate might throw you, but instead place all your effort into making things happen. Don’t allow luck to control you.

Ignore Things You Can’t Control
Mental strength is similar to a muscle where it has no limits, so never waste this power on things you can’t control. Some will waste their time on politics, the environment, global warming. What’s the point when your single voice goes unheard.

Just do your part and vote, learn to listen better, reduce your carbon footprint, recycle. Do what you can, but don’t stand on your soapbox and attempt to lecture or preach others.

Celebrate When Others Succeed
Don’t be someone who sees success as being a zero-sum game, that there’s only so much of it to go around. Once someone else succeeds, never think that you yourself can’t succeed because they did.

What being resentful does is sucks up massive mental energy that could be applied more productively. Once someone does something awesome, that doesn’t extinct you from being successful yourself.

Instead, realize that success is contagious so bath yourself in it, draw that energy as close to you as possible. Never resent awesomeness, but instead create and celebrate this success, and don’t spook it away.

Stop Your Constant Complaining
Including your whining and your criticizing, as what your words have are extreme power, this especially over yourself. Constantly whining about your problems makes you feel worse, not better.

So if something’s not right, don’t bother wasting your time complaining. Place that mental energy towards fixing or making that situation better, or just avoid it.

Why waste that time. Fix it or move on, but never dwell on it. Never whine about what’s wrong, but talk about how you can make it better instead.

Impress Yourself And Not Others
You only feel justified once others like your clothes, car, possessions, title, your accomplishments. All that means is they like what you “own,” and doesn’t necessarily mean that they like you as a person.

Most will appear superficial that way, and being superficial can be unsubstantial. Relationships which aren’t based on substance aren’t real relationships.

True friendships should make you happier. The only way to form true relationships is when you stop trying to impress others, and start being yourself.

Remain Mindful Of Your Long-term Goals
Why become so mentally fatigued from all the useless energy you burn, which forces you to be lazy and take the easy way out, even though you know it’s the wrong thing to do.

Think of all the triggers which will lead you to become impulsive, and distract you from reaching your goals. Remain mindful by using these tangible reminders on all your intentions, this to avoid becoming emotional and losing your focus.

What’s proven effective is remodeling your environment, this to keep you on track. With these visible reminders, you won’t then need to rely on your willpower as much.

If you can’t avoid posting your life on social media, or checking on it every few minutes, then turn them off for a few hours, this especially if you don’t have the discipline to control yourself.

Count All Your Blessings
Right before you turn in for the night, take a moment to extend your gratitude for being alive another day. Stop worrying that not everyone likes you, or you don’t have everything. Stop worrying so much about what others think of you.

Think of what you have, and that you’re a day closer to what you really want. You have a lot to be grateful for, and it’s never about you. Feeling better about yourself recharges your mental energy.

Hangover Cures That Will Hopefully Stop My Pounding Headache