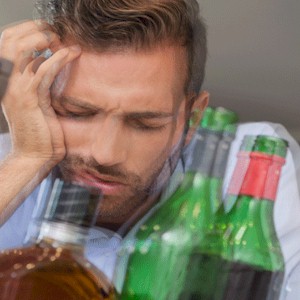 So about last night. You became a little tipsy to celebrate the holidays, the turning of the calendar, and now the waves of a thunderous throbbing head is punishing, as it’s your body that’s paying the price. The damage that you incurred, and now you need to recover.

The days get short, the winters get cold and heck, it’s time to celebrate, so what many resort to is liquid sunshine, this in alcohol based adult beverages. Sure it’s fun while it lasted, but the damage is done and realized the following day, oh that pounding headache.

What you need is to get the vital nutrients back into your body, this as soon as possible. This the dreaded hangover, the penalty you pay for a frivolous night out.

So what’s available are a host of cures, ways to alleviate that knockout punch. Know that most cures don’t work and just prolongs the aggravation.

Does Orange Juice Work
Some claim the cure is reaching for a tall glass of vitamin C infused orange juice, which actually isn’t recommended.

The amount of high acid that’s found in fruits such as oranges or grapefruits, can actually contribute yet more distress to your already turbulent stomach.

What’s recommended instead are fresh fruit juices such as cranberry juice, which can sooth a hangover. What also works is herbal tea which infuses the body with vitamins and fructose, along with drinking plenty of water.

Some Claim Pickle Juice
Is this an old wives tale or a drunken farmers trick. Some swear to mythical proportions that drinking pickle juice is the surefire way to rid of that dastardly hangover. Most will just dismiss it as that, just a strange myth from the book of weird remedies.

But there are many who swear that dill pickle juice is an effective cure for hangovers. What’s recommended is sipping 2-ounces before the night out, then down another 2-ounces the following morning.

What About Sport Drinks
Chugging down a sports drink, or any type of beverage which contains electrolytes, this after a night of drinking alcohol, can contribute towards you waking up the morning after with almost no hangover, right?

After all, these beverages are designed to work to re-hydrate the body, while restoring the diminished electrolytes levels.

But hang on sports drink breath, according to nutritional experts, it’s found that coconut water, which contains 5 different types of electrolytes, are recommended over sports drinks, which only contains a few.

What electrolytes does is counteracts the effects of dehydration in the body as a result of alcohol, which then progresses into a hangover. Sports drinks do work to a degree, but coconut water is better.

Coffee Should Do The Trick
It’s almost a second nature habit when waking up the morning after celebrating the night before, is to pour a large hot mug of extra strong black coffee, this followed by a few headache relief pills.

What’s recommended however is holding off on the java. A study tested the results of a drunken state of mind, which was administered a mixture of ibuprofen and then doses of caffeine, this in the hopes to rid of the hangover.

The findings as suspected, the diuretic affects of the coffee does is it further dehydrates the body even further, which contributes to a more severe headache, resulting in the over the counter medication having no effect.

Chase It With More Alcohol
This the favorite cure of the party animals, and that’s drinking yet more alcohol the day after a heavy night of drinking. The hope is to relieve the headache, but it’s found that’s no way to cure a hangover.

What the medical experts claim is that the worst thing you can do towards the road to recovery, is having another drink, although the feeling might claim otherwise.

The spirit that’s found in any alcoholic drink is toxic, and the reason why it causes the headache, nausea, sluggishness, and the delayed motor response skills which contributes to a hangover.

So although downing more liquor can place a temporarily halt and reverse the symptoms, what it’ll also do is just contribute to the drunkenness, which then leads to a more severe hangover, this when you eventually stop drinking.

How About Some Eggs
What eating a breakfast containing eggs does is appears to reduce the symptoms of a pounding hangover. They do so because what eggs contain are two essential amino acids, cysteine and taurine.

What cysteine does is it works in preventing that all too familiar throbbing headache, this by interrupting the production of acetaldehyde, which is a chemical that contributes to that thumping in the brain.

So provided your stomach can tolerate a plate of eggs and hashbrowns, the other amino acid kicks into action. Taurine is a chemical which protects the liver from damage, this while speeding up the detoxification process.

Eating Some Greasy Fried Food
What some swear that reduces a hangover, is by downing some comfort food from the local greasy spoon joint, late at night or for brunch, this to recover from a bout of excess drinking.

This a favorite tradition for many and they stand by it. However, what experts claim is that it’s always not the best choice, although the food itself might hit the sweet spot.

What research has found is that while eating a fatty meal before drinking can reduce the rate of alcohol being absorbed, but downing a greasy burger can also cause further stomach irritation which worsens the hangover.

What's The Point Of Making Resolutions Once The Calendar Turns