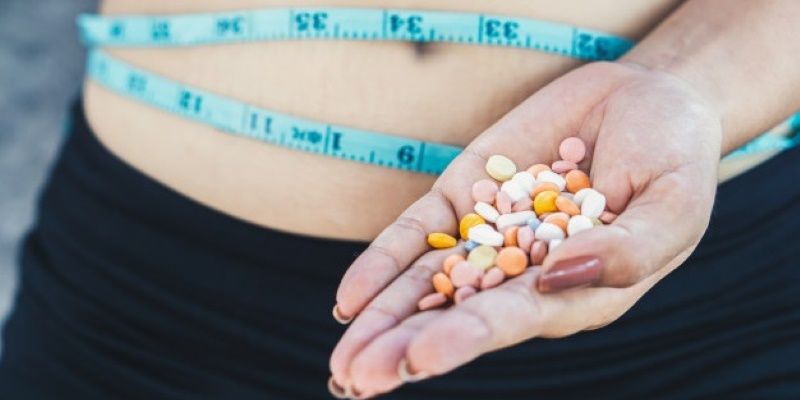 Are you looking for additional help in losing that extra weight? The type of help that goes beyond sweating it out, making lifestyle changes, the ‘smart’ food portion controls, or the exercise routines at the gym?

If you’re planning to use weight-loss diet supplements touting names such as “Instant Fat Burner Now” or “Thin Max Diet Weight Loss,” they can be easy and enticing to use.

But do they really work?

So is going the fat pill route to lose a bit of weight really that safe?

Chromium is also known as chromium picolinate. Its been promoted to boost lean mass in your body while decreasing body fat.

But studies and testing has been inconclusive.

Recent analysis concluded that supplementing 200 – 400 micrograms of chromium, could eventually result in around a 2.5 pounds of weight loss per week in some people.

Other studies found loss of body fat, but an increase in muscle tissue, without any change in weight.

Further studies have found absolutely no effect at all.

Although laboratory studies have raised safety issues on chromium, large numbers of actual human studies suggested that its safe to use.

Chitosan is extracted from the shells of shrimp, lobsters, and other types of shellfish. Chitosan itself is an indigestible fiber.

It’s thought to help weight loss by attempting to bind with the fat you eat, which blocks its absorption.

Studies however does not support this claim. Some side effects may include constipation as well as gas.

Also, if you have any type of shellfish allergy, stay away.

Both human as well as animal testing and research, may point to a possible role for using CLA to reduce body fat while increasing lean body mass.

But it’s not fully conclusive as of yet, as human studies have not been long-term.

CLA is currently tested with chromium picolinate. CLA is also a supplement found naturally in some dairy foods and beef.

Its generally considered safe to use.

This is a natural herbal extract source of synephrine (which is a compound that’s similar to ephedrine), and the natural supplement industry’s answer to the ephedra ban.

But there are no studies to show it’s an effective supplement for any type of weight loss.

And like taking ephedra, a major side effect can include an increase in blood pressure.

Recent studies have shown to prove that Garcinia Cambogia can be an effective weight-loss aid.

Some side effects however, includes upper respiratory symptoms and gastrointestinal symptoms.

HMB is a natural byproduct caused by the breakdown of the leucine amino acid.

HMB supplements are commonly used by body builders, in the hopes of increasing muscle mass.

A few random studies have found that HMB does increases lean mass, as well as decreasing body fat when combined with active weight training.

Caffeine is the active ingredient in the guarana plant seeds.

Guarana may be considered to have a mild appetite suppressant effect, but only over the short term. It was used in combination with the now banned ephedra.

Some potential side effects are caffeine overdose, resulting in insomnia, restlessness and anxiety.

Plantago Psyllium is a water soluble fiber extracted from the Plantago ovato seeds.

When taken before a meal, it will make you feel bloated and full, resulting in you eating less.

While it’s proven to aid the relief of constipation (how Metamucil works), it has not proved to be an effective weight-loss aid.

Yerba mate is brewed as a tea, which is also high in caffeine.

When used in combination with other herbs that contain caffeine, such as guarana and damiana, it was found to delay the time the stomach empties itself, which aides in weight loss.

Since the study for effectiveness and testing was short (40 days), so there weren’t any valid conclusions on actual weight loss.

Pyruvate claims that it can stimulate metabolism and thus reduce body fat.

Pyruvate is a natural ingredient found in food, as well as in the body as a result of a breakdown of carbohydrate proteins.

Some recent studies have shown there may be a weight-loss benefit using pyruvate supplements.

But those who took the study also exercised as well as cutting back on calories.

Also, the dosage that was used in the studies were quite high, requiring a significant handful of tablets every day.

Studies concluded that pyruvate as a weight loss aid is inconclusive.

So What About These Weight Loss Diet Supplements

Most of these supplements are quite expensive with brilliant promises of results.

None however really has proven to work in the long term, to help you lose weight and keep it off.

The most popular of these weight-loss solutions were: CLA and chromium picolinate, based on the most studied.

If you decide to go the weight loss diet supplement route, you may want to give them a try.

But don’t expect any miracles, and always check with your doctor or health practitioner first.

NOTE:
This research and results are for information and entertainment purposes only, and not intended as a recommendation for any of the products reviewed. Please conduct your own research and due diligence, and always use at your own risk.

How To Get Anything You Want In Life... Every Time