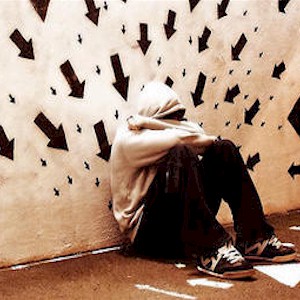 On a continuous basis of self sabotage, John completely berates himself for his aloofness and his cowardice. This when he had been forced to go to this social event, a seemingly harmless gathering which he should have never agreed to attend. But boxed in he was, and had no other choice but to go.

Realizing that he needed to go alone, this caused a shiver of cold sweat to form, his hands became frozen stiff. Great, he would be completely overcome by fright, which just compounded his uneasiness once showing up.

John was unable to come up with any good reasons to skip, he was stuck on going. So with fists clenched, gritting his teeth, shrugging his anxiousness away, he planned on attending.

Just make an appearance, be as invisible as possible, spend the shortest possible amount of time there by standing in a corner in the dark, and hide behind his drink. Then as soon as possible, bolt, sneak out the door to freedom.

It’s Party Time… Not
As John fumbled out of his car and walked towards the front door, it was a blessing that it was a cool night, while hoping it wouldn’t be blazing hot inside. What he didn’t want was to boil in the bath of his own sweat, elevating his discomfort.

Looking along the street and in the driveway, he felt relief because he didn’t recognize any of the other cars, a good sign. The fewer people that he knew, the sooner that he could leave.

He had spent the entire week worrying about this party, and did everything that he could, frantically desperate to get out of this engagement, but to no avail, he was locked in.

His heartbeat, his breathing increased, thinking of the potential for disaster which became pressing as he entered through the door. His total objective was to avoid eye contact, to hide in plain sight, and then exit when possible.

Is It Really Just You Against The World
These are the frantic actions for those who experience social anxiety disorder, others, strangers, people they don’t know pose as the enemy. These are the individuals, the adversaries who are just waiting for that moment to belittle, criticize, place judgement, or publicly humiliate them.

These People Are Not Safe
The fears of social phobia can run its entire gamut, as some will feel safe only around people they know, such as trusted family members. For those who experience various degrees of this anxiety, particularly under certain situations such as just sitting or even worse, needing to eat in front of others, can become a battle of nerves.

Social anxiety isn’t prejudiced, as it can strike both men and women equally. It appears to have roots from some type of early childhood trauma, and then continues to terrorize into the adult years.

Social anxiety disorder, similar to experiencing panic attacks, can lead towards what’s known as agoraphobia, as the individual begins to create a “bunker” mentality, hiding at home alone or with close family members or a pet.

They become reluctant to venture out into the hostile horrible world that’s outdoors, as it’s filled with dangerous precarious situations which will most likely turn out badly. A world full of people, strangers, who are ready to pounce and take advantage.

The Symptoms Associated With Social Anxiety Disorder
Although the degree of this anxiety will vary based on the individual, the most common of symptoms of this disorder include: feeling nauseous, profuse sweating, increased heart rate, blushing, rapid eye movement, trembling hands and legs, difficulty carrying on a conversation.

Any or all of these symptoms can prove to be a barrier when it comes to effective communication and personal interaction. The biggest problem becoming they not understanding why they react this way, which frightens them.

Some will react to these symptoms based on its severity by they becoming distrustful, hesitant, and dismissive, which only fuels the anxiety symptoms.

Although almost everybody suffers from varying degrees of social anxiety disorder, such as when needing to speak in public, attempting to resolve this includes.

• The frequency and under which situations or circumstance they experience this disorder
• Does the degree of social anxiety affect them physically
• What actions do they take to help themselves to feel better. Are there any solutions
• What situations can make it worse
• How long have they been hoping it’ll just go away, do they think that they’ll eventually get over it

It’s Common And No You’re Not Crazy
When captured in the grips of social anxiety, what you feel is that you’re losing your mind, losing complete control of your senses. You can feel the mastery that you once had over your body beginning to slip away.

It feels as if someone is hijacking your mind as you lose focus of what you’re doing, what you’re thinking, you begin to spin out of control much like on a wild roller coaster ride.

You want to get out, get off, but you’re unable to find a way. You become trapped inside yourself, quietly screaming that you want sanity, hoping it just stops. All that you want is to find that calm normalcy back in your life again.

But know that you’re not alone, it’s not just you that goes through this, and no, you’re not going crazy, you won’t get locked up in a white room. But what you’re feeling and experiencing are very real, immediate, and it impacts your existence.

This however also isn’t an unknown terror. While you may experience various degrees of this anxiety in your life, this under different circumstances and situations which are unique to you, know that you’re never alone. Social anxiety happens to everyone.