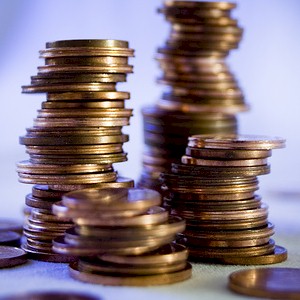 Money, more the lack of having enough money, is identified as the main culprit, the evil, which strips us of our willpower, our motivation. Although there should be more pressing issues which diminishes this core strength, it’s thought that the money energy is what’s responsible for us feeling famished.

We all have our own particular money issues, whether we have it in abundance or are dirt poor. Research suggests that just thinking, usually worrying about money erodes our energy. Some wonder how this can be possible.

It’s thought that the fret of money reduces our ability to solve problems effectively, and can even reduce our IQ. The reason being that the increase in stress results in the reduced ability of making proper decisions.

It’s found that you’ll become completely irrational in your thinking patterns and actions when it comes to money issues. Then your life becomes one financial emergency after another.

The Thoughts Of Scarcity Reduces Willpower
Scarcity and thoughts of poverty, worrying that everything, especially money is a scarce commodity rather than abundant, is thought to burn up valuable energy, which could otherwise be allocated towards building strength.

It’s found that worrying about money is the worst thing that you can do. Debating how you’ll pay the bills, that your electricity or phone might get turned off, or thinking if you can afford to buy that luxury item. Thinking about these money issues occupies the same region of the brain which governs willpower.

Stress And Anxiety Also Depletes Willpower
There’s a variety of stresses in our lives which saps energy, with money troubles being at the forefront. These money issues usually leads toward family, friend, or marriage quarrels, which ultimately impacts our mental health.

The more mental stress that we face, the less energy that we have towards devoting ourselves for better self control.

Constant Decision Making Reduces Willpower
What we’re constantly faced with is what’s known as “decision fatigue” which is needing to make one critical decision after another, which depletes our discipline. Decision fatigue is the result of having little energy at the end of the day, that you could use elsewhere.

Once money becomes scarce, then each and every financial decision becomes much harder to make. Even just a regular trip to the grocery store then becomes a series of agonizing decisions on what to buy, how to save.

How To Solve Most Of Your Money Troubles
So is it your financial problems which drains out your willpower which results in low energy. If that’s the case, then begin making solving your money issues a top priority, this to improve in your life.

Once you realize that it’s your money troubles which is sapping your strength, then consider a new plan of action which includes a clear specific path on making your financial life less stressful.

For instance, if you’ve isolated that your credit card debt is the biggest problem, then there are effective ways on how you can pay it off quicker, such as debt consolidation. Or you could just make a plan which helps you to save more money, earn more, while spending less.

The Problem That Is Money
Money is thought to have the exact same dopamine effect in the brain that drinking coffee has. Money, and its ability to be able to generate wealth or loss, becomes addictive, and with any addiction there’s always a price to be paid.

The cost is illustrated in relationships with friends and families becoming frayed, marriages split, usually because of the consumption of greed. What money has is a powerfully strong effect on everyone. Money prods people to be more productive, cheat and steal, but usually does so at the expense of their loved ones.

A number of studies support that focusing strictly on money makes people more self-sufficient, but extracts a high price. Once people are primed towards thinking about money, it turns out they’d prefer to be independent.

What just mentioning the word “money” does is it sparks intense emotion. For some, what money brings is the feeling of anxiety and dread, deprivation and anger, while for others, hope, pleasure, and excitement.

Money Is Legal As Well As Emotional Tender
What is the purpose of money, what the mighty dollar does is it provides an uniform and fair means of valuing things, items. It doesn’t matter whether you have a crisp new $1 dollar bill in your pocket, a hundred pennies, or a check made out for a $1, they all have the same monetary value.

What this currency system does is it allows us the freedom to buy or sell things and services for a set price. The more money we have, the more we could buy.

Money Can’t Buy You Love Or Happiness
Contrary to belief, money can’t buy you love or a lot of other things. There’s no measurable increase in long term happiness with an increase in income, this for those who earn above the average class level.

The most wealthiest of people are pursued by others for their money, while they think about spending too much of it or scared about losing it all. Their biggest advice is to just enjoy your station in life, and never forget what really matters.

Money means completely different things to different people, but the most common elements for most is security, self-worth, status, and owning resources. When it comes to self esteem, what most will begin confusing is who they really are based on how much money they make or own.