The Day You Stop Chronic Dieting Is When You Start Losing 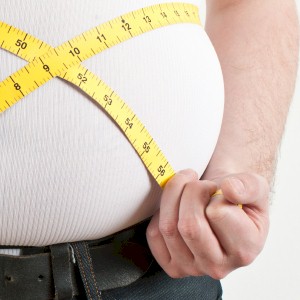 The dieting and weight loss market rivals any other industry in North America in size. Those who may be wanting to lose a few poundage or are chronically obese, are willing to spend billion of dollars to lose this weight, usually without success.

What this includes is everything from the latest greatest fad based commercial weight loss programs to the established ones, to the various meal replacement bars or shakes.

The scope extends to prescription based medication and the over the counter magical weight loss pills, or the latest self help books on dieting. These individuals will spend massive amounts of their hard earned dollars in their ultimate quest of wishing or wanting to lose weight.

You would think by now that everyone would be thin as a rail, yet there are over 69% percent of North American adults who remain obese or are chronically overweight.

It’s also found that it’s not that the diets themselves don’t work, although the majority of them are copycats or just outright gimmicks, but it’s more of the mentality that these dieters have, thinking that they’re quick fixes which they’re not.

We also think that once the pounds melt off our belly that the fat should then miraculously stay off, which we know is never the case.

As a result, the majority of dieters will just end up blaming themselves and their inability to be disciplined enough to lose weight and then keep it off. What results is they trying yet another new diet on the block, then another, which doesn’t work and the pattern becomes serial.

Do We Need To Stop Dieting
So based on extensive research based on all of these disordered and distorted eating and dieting habits and methods, it’s come to realize that most just needs to stop dieting. What?

It’s more of the dieting mentality itself which needs to be overhauled, as that’s pinpointed as the primary contributor towards the obesity epidemic.

What this refers to is that we’re physiologically programmed to fail whenever we try to diet or restrict calories. So basically, if you are overweight, then you need to lose pounds and get healthier.

Now you’re telling me I’m not supposed to diet, then what the heck am I going to do then?

The Psychological Effects Of Dieting
• Understand What You Eat And Why You Eat It — Not until you completely understand why you crave that doughnut or chocolate bar at 2PM every day, you will just continue to eat them, and then struggle with the weight gain.

You’ll need to understand that what these cravings is telling you is that our body needs something, but most likely it’s probably not that a dessert, but something more healthier.

• Stop Constantly Blaming Yourself — There is a valid reason why you’re always struggling with your weight, and it’s always not because of a lack of willpower. What people will generally tend to do is blame themselves or others for not being perfect. Yet, it’s pretty obvious that’s impossible since none of us are.

We’re always our own worst critics so it’s time to just stop that mentality. It begins with stopping to constantly berating yourself, attempting to live up to someone’s expectations.

So stop beating yourself up for each and every perceived “failure” that you do. What you need to do is adopt a different more positive mentality and self-talk, ways to build up your self-esteem.

• Ask Yourself What It Is You Want — For the majority of individuals, food becomes a poor substitute for what we’re really wanting, which is forgiveness, love, a hug, or just to be heard.

What we do is train ourselves to reach out for something, and food is usually there to fill that emotional need that we have. But that obviously isn’t the solution or fix.

• Learn Better Stress Management — There’s a belief which exists that the more stressed out that you are, the more anxiety that you feel. The chances are more likely that you’ll accumulate more belly fat and weight, which is an actual fact.

So the thinking being that if you could somehow block out the stress, the thinner you will be while you lose weight. There is validity to this since it’s been proven that stress will make you gain weight.

So what needs to be taken into consideration are different or better ways on learning new and better stress management techniques which don’t involve overeating.

A lack of sleep is also known to contribute towards higher stress levels which results in difficulty when it comes to losing weight, this since you’re up and wake and available to snack more.

• Learning To Properly Listen To Your Body – When we were infants, our bodies did an excellent job when it came to regulating and managing our food consumption.

We knew exactly what we needed as nourishment and when we needed it. But as we grew older and began to learn “the rules” regarding food consumption, we then began to not listen to our bodies as much.

So what needs to be done is for us to once again forget what those rules are once again, and then begin to get back in touch when it comes to what our body really needs.

Diets Do Work… Really!
So do diets really work, and can obesity be rid of. Sure they do and you can if you dedicate yourself to sticking with them, which begins with your belief system regarding what weight loss is, first.

Connecting The Flow That's Music To Our Emotions And Movement

Your Favorite Beverages Which Can Increase Your Intelligence