Your Favorite Beverages Which Can Increase Your Intelligence 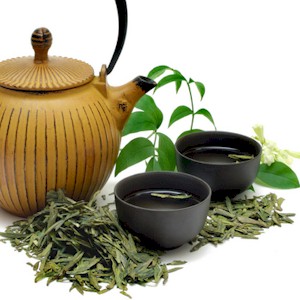 Sipping away on our favorite beverage is one of the best pleasures in life as they can hydrate and smooth out the edge. Having a nice cool crisp drink of a select beverage of choice at the end of a long hard strenuous day can be divine.

There are also a group of common drinks which are known to increase our cognitive function, pump up or sustain our mental capacity. These drinks also aren’t the usual experimental concoction of liquids which tastes bad or includes medicinal herbs.

But they’re instead the traditional and rather tasty natural everyday beverages which you most likely drink to pump up your morning, or let off steam at the end of the day. The good news is that they’ve been discovered to boost brain power as well.

So the next time that you raise a glass, not only will you enjoy it, but also know that you’re helping your brain to function a little better. They’re also the most beneficial when drank in controlled quantities, as moderation is always the key. The following have all been proven to boost up brain functionality.

Common Beverages Which Increases Brain Power
Drinking The “Joe” The Beverage That Is Coffee
Drinking a good hot cup of coffee has become one of the favorite pastimes for many, and as a result has become one of most consumed beverages in the world. A good hot hearty cup of java can now be found on any street corner of any cosmopolitan city on the planet.

The biggest benefit that we know once we sip this beverage is that it’ll give us an instant jolt of alertness right when we drink it. Our brain cells become activated as they stand to attention.

Other then that temporary boost in we becoming wide awake, the instant kick which it provides to your brain, coffee has now been found to provide certain long term effects on our brains that has shown positive effects.

The biggest noticeable benefit is that it will immediately improve our short term memory while increasing our mental and at times our physical reaction times.

What caffeine, the active ingredient does is it stimulates the different regions of the brain which controls memory as well as concentration.

So not only does drinking coffee improve some of these abilities of the brain, it also has certain protective functions as well. What’s been discovered is that caffeine can protect or delay the brain from certain central nervous system and memory diseases.

Sip Away On Lots Of Green Tea
The majority of North Americans have now acquired the taste for green tea and has found it tasty. Select dried green leaves which has been steeped and turned into green tea is found to be excellent for the central nervous system as well as the heart.

This beverage is now found to be beneficial for its brain boosting properties as well. This based on a recent study conducted by a group of researchers who proved that the active chemicals found in a cup of green tea can actually promote the generation of new brain cells.

The tradition of drinking a cup of green tea is usually during or after meals, or mixed with rice, which is an ancient ritual in Asia. So other than being a staple in these households, green tea hasn’t up until now been investigated for its health or medicinal benefits, such as it’s benefits for the brain.

All of the research which was performed in the past, the majority was placed on green tea and its effect on the cardiovascular system, which had shown significant benefits.

But it’s now proven that drinking green tea on a daily basis is more than just a heart drink, as it’s also excellent therapy for the brain as well.

Another Reason To Drink More Red Wine
The same thing can be said about drinking red wine. We drink it because it tastes good with meals or on its own, making us feel giddy and tipsy.

Most are also aware that drinking wine in moderation offers benefits to the cardiovascular system and the heart, this because of its natural properties found in the grapes.

But there’s also been recent studies which were conducted on red wine, and the contribution that it places on improving our mental functions. There’s now support that red wine does offer positive effects on the brain.

One recent study in particular under a lab setting showed that red wine helped along the process and the regrowth of neurons in the brain. This because of the the phenolic compounds which are resident in red wine which provides for this protection while promoting brain cells.

So for those who enjoy wine, does this mean that consuming more of it should be increased, and becoming drunk will help your brain generate new neurons so that you’ll eventually become a genius?

Well, obviously no. The key to any type of alcoholic beverage is moderation. Drinking more red wine with the excuse that it’s a proven brain booster beverage isn’t a good enough reason.

Since red wine does contain alcohol, drinking too much of it will eventually have a negative effect tipping point. It will begin altering your mental abilities such as throwing you off balance, while your short term decision making becomes impaired.

So if you’re wanting a beverage which will keep your brain healthy while at the same time offer stress reduction and relaxation, then grab a glass of red wine and sip away.

The Day You Stop Chronic Dieting Is When You Start Losing

The Human Immune System And Its Fight Against Illness