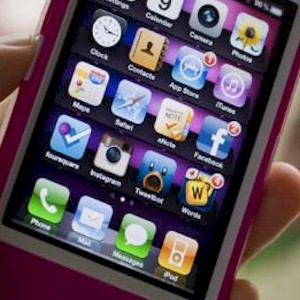 Getting genuine users to download your brand new spanking mobile app isn’t that easy of a process. This since there’s now close to two million of these apps which are now available on iTunes, Google Play, and others, so as a result you’re not very likely to be known or found.

If you’ve entertained thoughts that your new app will go wildly viral just because you have one, then you may be in for a disappointment. All you can do is wait, cross your fingers, and hope that you can generate a few downloads and get some favorable reviews.

You can choose to promote your app through the various social media channels, or use a variety of other options which are available to influence mobile device owners to download and use your app.

Campaigns for apps are similar to traditional online media campaigns. The only difference being that there’s more focus on CPD (Cost Per Download), and CPI (Cost Per Install). These options are vital for feedback, especially when doing mobile campaigns where CPA media is involved, and you’re required to pay when there’s some type of action that’s performed.

Ways To Promote Your Mobile App
Non-Incentivized Traffic
There are options which are available to promote your app, such as the various “App Stores” that isn’t Google Play or iTunes. There’s now a large number of individuals who frequent these stores to download apps on a daily basis.

If you decide to use them, there are usually advertising options which are available to you so you can promote your app. They’re usually available on a CPD or CPI basis, where you pay to have your app featured on the front page of their site, or appear in the category pages.

Traffic That’s Incentivized
Incentivized advertising has the ability get your app in front of millions of mobile users on a daily basis. So once you partner with a mobile ad network, what you’ll be doing is getting plenty of exposure for your app, but it’s usually to someone who’s interested in a completely different app altogether.

The reason for this is because these mobile app users will be prompted to download your particular app, and by they doing so, will receive some type of an incentive such as upgrade of some type, for instance.

So although incentivized traffic is an excellent way of getting your app in front of a multitude of eyeballs who are willing to download it, the issue is that those who do so are being forced to do so to get their freebie in return. So because of this, they may not be interested in your app at all.

What you’ll generally end up with is a poor user base who has downloaded your app, and may never even use it.

Using Push Notification
Push notifications are usually more effective if used by larger authority sites, such as USA Today for instance, or any other dominant online source on the Web.

For this particular advertising tactic to work, the users must initially agree that they’ll accept the push notices, usually ads, from you when they initially download the app.

These push notifications after awhile can potentially become a nuisance to the users, as they’ll continuously get ads popping up on their mobile screen, so because of this, they should be used sparingly and as just one part of your marketing strategy.

Mobile App Display
Mobile app display programs can be an excellent way of generating downloads of your apps. Using networks such as Millennial or Grey Stripe, with their CPC’s currently costing anywhere between $0.05 to $0.25, you’re able to advertise your app in an affordable manner while generating downloads of the app itself by people who want it.

These mobile display campaigns are usually available on a CPC or CPM basis. The best method for generating app downloads is by sending traffic to a dedicated landing page which prompts the users to download the app, or to send them directly to your Google Play or iTunes app page.

The quality of traffic which these programs provide are similar to non-incentivized traffic, as the users who click on the ad and then downloads and installs the app, are those who genuinely want it.

Which Mobile Advertising Method To Use
The easiest action that you can do is developing the app itself for your business, while the biggest challenge is generating targeted downloads for it. So it’s not necessarily true that, “If you build it, they will come.”

What you need to do is determine the initial goals when you plan out your mobile marketing campaign. Specifically, if you want quality or quantity downloads when it comes to users. The primary motive behind the “quality” of the users that download your app is usually going the non-incentivized route.

Incentive based app downloads are users who are usually looking for some type of an incentive or a freebie, such as an upgrade, for downloading your app. This as a result will lead to a lot of downloads, but the quality and the interest of the user is low.