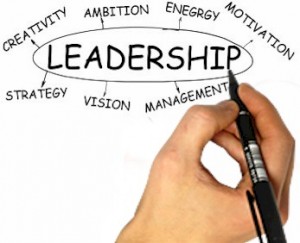 What makes someone become a natural born leader among people, having the ability to silently magnetize people towards them. Their very peers will flock to them and adore their very presence.

So why would another human being want to worship someone else, why does that even occur, while other seemingly insignificant individuals will be bullied and generally kicked to the curb.

The most clinical answer to this attraction is charisma, and why would you even doubt this. It’s universally accepted that leadership, the one’s who obviously have the X-Factor, and ooze charisma, can motivate others to do anything willingly.

This ability projects a superior alpha like quality among these individuals, often being described as extraordinary human beings by other men less mortal. They swear they possess superhuman and supernatural powers, and placed on a pedestal, much like a professional sports hero would be.

On a practical level, if you yourself happen to have this gift, and avoid being arrogant or narcissistic about it, how can you translate this ability.

How can someone who possesses this “charisma” take advantage of this leadership quality for the better good of mankind.

Advice from social scientists who observes and actually coaches leaders, while tracking the traits of numerous others, compiled a list of qualities which constitutes what a charismatic leader entails.

Most Leaders Are Extraverts
This conclusion may be unpopular with the introverts among us out there, but the core fact being that leaders who are charismatic continuously and comfortably lay it on the line, exposing themselves openly to the elements under any situation.

They will seek out and engage with others constantly, with complete vigor and freewill, this through the good times and bad. They’re usually always upbeat and have the gift of making anyone around them feel important. These are the individuals who has the ability to completely silence a room once they enter.

This however isn’t claiming that all introverts can’t or aren’t charismatic. They do however need to work a little harder at it, this since most will find some social situations intimidating, or exhausting, rather than always energizing.

Charismatic Leaders Will Focus Directly On You
Effective leadership is contextual, they know what may work for one group of people, won’t necessarily work for another. Those who are charismatic know and understand that you need to directly connect with people on an individual basis.

The more that you relate on a peer-to-peer level of human contact, the better off you’ll be. The most successful of politicians know this, which causes the women to swoon, and the men to sweat.

Regardless of your allegiance, there’s absolutely no argument that Bill Clinton isn’t charismatic. Those who are in the same room or near his presence, or have even the slightest encounter with him, will think that they’re suddenly an important person themselves.

They Know What You’re Feeling
You may, yourself, have the ability to size up and judge people, engage with them, pay attention to them, and effectively converse with them, but have no charisma whatsoever.

Beyond all of those skills which can be learned, the true leaders who drip charisma will always possess that little bit extra, that extra value being empathy.

They show that they genuinely care, and they genuinely do, and the people affected can tell. Aristotle defined this as “ethos,” as what this trait does is it relates directly to your character and disposition.

The most effective of the leaders will display their natural charisma by making an emotional connection which is completely heartfelt and real, which are forged by words, or by doing deeds which demonstrates that they completely understand a situation. They have your best interests and concerns at heart.

Are Leaders Who Exude Charisma Made Or Born
This is the age old question on whether leaders with charisma are born, or are they made by training them. So recent research has developed a formula to solve this.

They believe that up to one third may be inborn qualities, which includes an outgoing personality and a high level of disposition, while the other two thirds can be taught, developed, or refined. This development beginning with proper parenting, proper schooling, and life experiences.

There’s a strong belief that these charismatic leaders have some innate quality, or a built in common characteristic which is common among them. The belief being you either have it in you, or you don’t.

For those true charismatic leaders, who have immense voluntary followers, such as Gandhi, appear to possess “magical” powers and qualities. Likewise, the everyday common leaders who has charisma also appear to have certain extraordinary gifts.

Can Charisma Be Learned
Research has been able to define some of the key elements which leads toward charisma. Some traits are related to personality and style, which are the “born” aspects of charisma, while the other elements are behaviors which can be acquired or trained, developed, and then polished over time.

There are some current dissertations claiming that individuals can be trained to be more charismatic, which has some success in doing so as well. But these individuals were not transformed overnight.

Developing all of the quality traits which are associated with charisma requires a lot of energy and effort, while there are some who are better suited at developing it than others.

Charisma however isn’t something that’s mysterious or magical. It’s deeply rooted in the leaders ability to be able to communicate and connect on a emotional basis, and refine relationship skills which allows these individuals to be able to make deeper connections with them.

So having extensive and persuasive verbal skills, being as positive as possible with optimism, being able to connect on an emotional level, all play a part in building a strong charismatic leader.