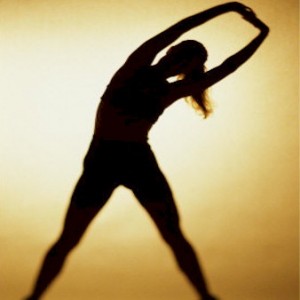 For the majority of people, the lymphatic system remains a bit of an enigma, while the other bodily functions such as the cardiovascular system and the nervous system gets a lot more attention.

The lymphatic system, however, happens to be one of the most vital and major network of tissues and vessels in the entire body.

There are miles of lymphatic vessels which runs through our system which interacts with our tissues as well as other important structures.

What these vessels do is they help gather as well as remove cellular waste, transport nutrients, and keeps our fluid levels in check. The lymphatic tissues will populate this network much like tiny little islands, which surveys for pathogens which could potentially cause injury or illness, while providing important information to the immune system.

Since the lymphatic system plays such an extremely important role in how our body functions, keeping it healthy will have a significant impact on our health and overall functionality.

Fitness And Exercising Is Vital
Any type of physical activity is the key when it comes to keeping the body as healthy as possible, so it’s no surprise that a regular exercise routine boosts the lymphatic system.

Unlike the blood that’s circulating in our body, which includes the heart distributing it, the lymphatic system doesn’t have its own pumping system. What it does instead is it relies on the pumping of the muscles, as well as the nearby vessels to help move the lymph along.

Without this movement in muscle, due to a lack of exercise, the lymphatic system then cannot efficiently get its job done. This is part of the reason why your lower legs and ankles will get swollen after being stationary for too long, such as a long car ride or a long sleep.

So get up and do some type of fitness as exercising is the key to getting the muscles circulating, this for the benefit of your lymph.

Types Of Effective Exercising
Jumping Rope– This is a low impact exercise which aids the lymph system. What skipping rope requires is just a jump rope, so go to your closet and dig one out, and then begin jumping and dedicate it to your lymph system.

Mini Rebounder – It’s been found that non-impact vertical motion, such as those mini rebounders, benefits the lymph system by being able to stimulate all of the millions of one-way valves in the body, increasing lymph flow. What this results in is better circulation for improving cellular health.

Hydrotherapy Water Works
Hydrotherapy – Using water therapeutically involves first taking a hot bubbly bath soak, then having a cold ice bath right after. Doing so has proven to have excellent effects on the circulation of both the lymphatic fluid as well as the blood.

Contrast Showers – An easier water hydrotherapy technique is taking what’s known as a contrast shower. These are just as effective and most have access to a shower.

Begin by stepping into your shower and then stand under hot water for a few minutes, then switch the water to cold for 30 seconds. Repeat this process a couple times. This however may initially require some getting used to, particularly the cold water.

What the alternating hot and cold streams of water does is it creates an ongoing contraction, relaxing the blood vessels, muscles, and the other tissues.

The end result is it creates a pumping effect which helps in pumping blood and lymphatic fluid throughout the tissues more efficiently. Doing so will also clear out wastage while bringing in nutrients.

This technique can help those experiencing muscle pain from athletic activity or just by going overboard doing housework. Contrast therapy has proven to reduce muscle soreness as well as improving muscle recovery directly after exercising.

Draining Lymphatic Fluid Manually
This is also known as lymphatic drainage massage, which is a specialized massage technique which progresses the lymphatic fluid where there’s congestion, swelling, or pain, while promoting healing.

Under situations such as: illness, injury, or surgery, the lymphatic vessels may be damaged or become overwhelmed. What this leads towards is lymphedema, which is a condition where swelling occurs due to bad lymphatic flow.

What the various lymphatic drainage techniques does is it pushes the stagnant lymphatic fluid out, which eases the swelling. Lymphatic drainage is also helpful when there’s swelling from injured ankle sprains, or muscles strains.

When there’s pain and swelling in these areas, they’ll improve because of the waste matter going out, and the flow of nutrients coming in. This also allows for the tissues to be able to heal a lot quicker.

Know that at times, once the veins become weakened from injury, or because of old age, they may have difficulty to move the blood flow along efficiently, this especially in the legs where gravity is involved.

The end result is unneeded back pressure that may occur in the veins which leads to congestion as well as fluid seepage into the surrounding tissues. The lymphatic system can then have a difficult time keeping up with the additional fluid, and then swelling usually around the ankles occurs. Lymphatic drainage can help in pushing the fluid out of the tissues, and back into circulation.

Natural Herbal Supplement Support
Using herbs to support the health as well as the function of the lymphatic system is based primarily on traditional knowledge, this because there’s very little clinical research.

But based on the history and experience of herbalists as well as professional natural health practitioners, there’s been documented evidence which demonstrates the benefits of certain herbal remedies does help the lymphatic system.

The lymphatic system, similar to all of the other systems in the body, for it to function properly, requires regular care as well as maintenance for it to effectively do its job. There are a few things which you can immediately incorporate into your daily routine, which ensures that your lymphatic system is fit and functioning.