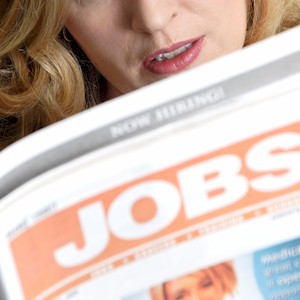 What the latest surveys show is that there are more workers who are fed up, this more than ever before in their current jobs. The biggest reason being boredom because of repetition. Others feel that their dream professions has eluded them, creating career disillusion.

The stress that’s created from financial instability, a lack of it, becomes synonymous with their work and life success. Thus poor pay is also a reason when it comes to employee discontent. What this leads to is a poor work attitude and bad motivation.

The lure then becomes finding a better higher paying job which can improve satisfaction. And is it even possible that the ideal dream job exists, can it really make you any happier.

What studies suggest is most likely no. A survey based on high salary individuals who earned six figures, were all initially satisfied because of their higher income, but that didn’t last long.

They all initially enjoyed their increase in salaries when first starting the job, but dissatisfaction set in within a year. What returned was the same original lethargy as before they took that new higher paying job.

What they experienced was a bit of a hangover effect. By contrast, those who chose not to get a better more illustrious higher paying job during the same period, experienced changes which were negligible in their satisfaction.

Not Always Monetary
There’s usually an initial rush of earning more money, this because what more money brings is a higher standard of living and peace of mind, extravagances which brings more pleasure, but that feeling doesn’t last long.

What’s found is that the majority of the benefits of a raise in income evaporates, this after the initial spending splurge and fulfilling the new needs of more money, are satisfied.

The Dead End Job Syndrome
It’s found that there are plenty who’ll stay at their “dead-end” jobs, the work they don’t like that much. These are jobs which offers them no possibility of advancement or growth.

Yet they stay, this because they believe that there’s no other alternatives, or because they’re just too lazy to search for a better job, or they need the security of a steady paycheck. So when’s the best time one should consider leaving their job.

No Promotion In Sight
Say you happen to work for a family run business and you’ve topped out and become bored working there. You’re also told that just the family members get promoted into management, so you have no chance of advancing.

You’re also hitting your “sweet spot” where you should be earning more money than you currently are. This may be the time to look at new opportunities because of the work experience you’ve generated.

But although you want to earn more, you want that promotion, you also remain comfortable working where you are.

The Toxic Workplace
You constantly endure harassment in the workplace but you continue to take the abuse, this because the job pays well with good benefits, so you think there are no other options.

Then ultimately it becomes too unbearable, so you leave to find a better workplace. You find one with a similar job description but pays less, but the work environment appears to be more healthier and safer. You decide to take that lower paying job because of the better working situation.

The Job Has No Personal Growth Or Development
You feel completely stagnant in your current job because the work is too redundant and boring. You begin setting your sights on greater ambitions, and feel now’s the time to seek a job which offers more growth and development.

What some companies like to do is encourage their employees to develop new skills, while even paying for their post secondary education, this since they recognize the value of highly skilled employees. Look for those companies which supports employee growth and developmental learning.

You Become Too Comfortable
Make sure that you do a reality check on occasion. Are you staying at your current job simply because it’s convenient, rather than trying something that’s more challenging and may even pay more.

Do you feel like you’re in a rut, but don’t care to do anything about it. It feels too daunting a risk to place yourself on the job market. Recognize the signs that you may need a career change.

Reasons To Switch Careers
What most career counselors will tell you is to always be on the lookout for new job opportunities. Always be searching for better positions, both inside and outside of your current organization.

There are too many who resists inquiring about or applying for new positions inhouse, thinking it won’t turn out better than what they currently have, or that they’re not qualified enough and will get rejected.

You need to reach for that new opportunity, at least consider it, then you can take or refuse it on your own accord if it’s offered to you. Doing so shows that you have initiative.

Take A Risk
What’s understood in this highly competitive shrinking job market is that positions are becoming scarce, so most think it’s too much of a risk to go out and look for new employment in an uncertain economy.

Employment can be similar to online dating. If you accept the first offer that comes along, thinking it’s fate, what you’ll most likely be is disappointed.

What the most successful careers involves are people who changes their jobs several times in their lives, this provided that it’s a better position then the previous one.

Keep in mind that if you believe in your abilities, then there are plenty of excellent companies and jobs out there who are interested in you.