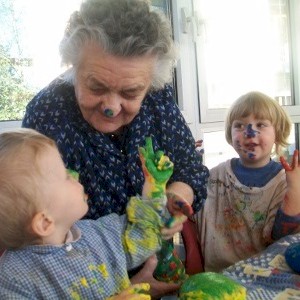 Oh to be young. Adolescence is a state that the young try to escape, and the old try to recapture again. When we were teens, we we’re told to enjoy that period of time, as it’s the best years of our lives. The freedom, the health, the potential of opportunity. Live life full.

But some claim what a ridiculous thing to say. That all the exuberance is wasted by the young, and for the majority of them, that being young was hardly the best years of their lives. The indecision, the awkwardness, the acne, the confusion of what lies ahead.

What we live in is a youth obsessed culture, the impatience, the spontaneity, the demand of living in the right now, all with cocky gusto. The young doesn’t care or have the time for learning life lessons, the wisdom needed for growing older and gaining experience.

What Growing Old Teaches You
There are things that only those who are older know, but can’t teach. This when it comes to legalizing a certain herb for instance, which has been fomented by the young who has no clue, about the exhaustive scientific and social research that’s been put into it.

Research on it began in the 1930s as a potent medicinal plant, while the harmful neurological effects of it was determined in the 1970s. Those who are older and lived through this period know this, while the young are woefully uninformed.

To Get Old
One thing for certain is that we’re all going to get old, this unless we die first by getting hit by a bus. All our loved ones, our relatives and friends are getting older, and we along with them.

Baby boomers or now old boomers who are retiring, as the population on the planet is shifting towards an older demographic.

The majority of modern medicine along with the pursuit of healthier living, has now enabled some who are older to live longer.

What’s been developed are magical potions to remain younger, allowing us to actually remain more vigorous and productive as we grow older.

In this country, society, and the “Western” culture that we live in however, what’s continuously neglected, shunned, and at times ignored are the old. That they’re no longer useful members of society and should be discarded.

The Treatment Of The Aging
As people begin to age, what happens is that the young begin to lose interest in engaging with them, that older adults are now stigmatized as a group.

Once someone grows old, they’re categorized and treated in their own social group and are avoided or even abused. There’s little expected of them, and treated like they’re secondary remnants of society. Seniors will then begin to expect less of themselves.

What the young generation will do is often despise and neglect the elderly, this because they don’t want to think about growing old themselves, and their impeding doom.

What they see is that those who are older then becomes socially isolated. immobile, and the loneliness becomes magnified, this especially once they lose a spouse.

The young are unintentionally conditioned towards having a negative bias regarding those who are older. Young families will now shut out their older aging parents, aunts, and uncles. The “extended family” concept becomes abandoned.

The Threat Of Growing Old
The fear of aging, becoming isolated while there’s no one who can help, becoming sick and lonely grows as each year passes. This is unwarranted however, at least for those seniors who are healthy with sufficient retirement income.

The later years can actually be the best years of their life. Some claim that the most difficult years are between 17 to 65, that life begins at 70, provided you can remember where you left your party hat.

Reaching the golden years, what one accumulates is a deep reserve of life experiences along with lessons learned, but sadly, most can’t or won’t act on them.

When We Were Young
For some, what they accomplish in their senior years makes a bigger impression, this because it isn’t expected of them.

Once reaching 70, there are more choices. You can either act your age or just act young. You can do all the things that you didn’t have time for when younger, such as “smelling the roses.”

You can take naps whenever you want without feeling guilty. You begin to feel less guilty on how you raised your kids, this because they now have their own kids, and they realize the angst and how difficult it is raising the young.

Time becomes extremely precious, this because it’s running out. So the elderly begin to spend it more wisely, complete their bucket list. There’s no more time wasting it on negative emotions, grudges, or personal animosities.

The Aging Population
Most now live well beyond their 80’s, and because of the science of extended living, are now just as efficient and close to being just as productive as when they retired.

There’s more time and freedom to do whatever they want without having regrets, and it’s not always what everyone else wants them to do.

An advantage of aging is that seniors have learned how to cope with disappointment and adversity well, while squeezing out the air to live another sweet and productive day.

Enjoy The Freedom
Provided there’s the absence of any type of debilitating illness, aging can be a great blessing, the glory years. There are many things that the elderly should and can do, this to make their remaining years the best years of their lives.

This include exercising, eating well, and constructing a positive independent emotional attitude, while becoming more active in their social and mental life. To just live a life with a honorable purpose.