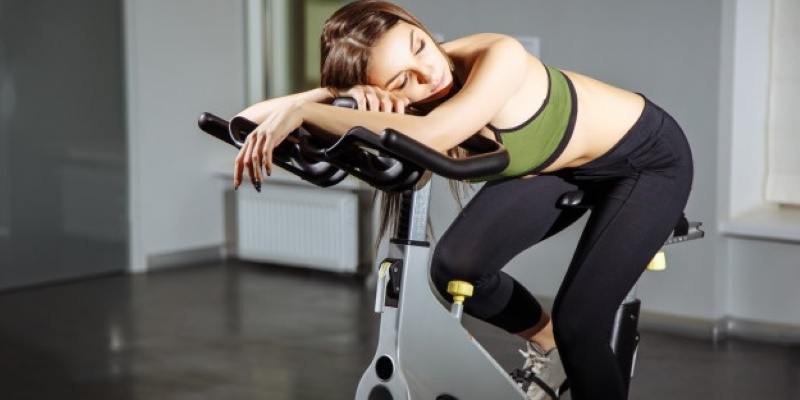 What most will do is exercise to build up their strength and immunity, as doing any type of training makes your body stronger. But know what happens to your body the moment you stop working out. All the progress you’ve made building a healthy body comes to a halt.

What needs to be understood is the phenomenon that occurs immediately once you stop exercising, and its consequences in the physiology of the body, as it begins to instantly deteriorate.

What’s known is this condition is also completely reversible, by simply just resuming the exercising.

Know the immediate effects your body experiences, after you trade in your workout and surrender to becoming a couch potato.

Then find out how long it takes to rejuvenate your body back to its original state of fitness.

Your blood glucose level rises immediately after you eat, then will drop once your muscles and your tissues absorbs the sugar it converts to energy.

If you stop exercising for a few days, this post meal blood sugar will remain in the body and will not burn off.

If you continue to remain sedentary, these high glucose levels increases the risk of heart disease and diabetes.

To reverse this, what you need is to do 7 continuous days of regulated exercise, which will return the post meal blood sugar back to normal, even for those who has Type 2 diabetes.

Within a couple of weeks of non activity, the arteries and veins will stiffen, elevating your blood pressure to the point as if you’ve never exercised a day in your life.

To reverse this, just get back into routine and start exercising again.

Your blood pressure will initially drop just minimally that first day, then the blood vessels will begin to open up again and then function more efficiently within a week.

The stress your heart experiences when working out, forces your vasculature to become more flexible, resulting in long term healthier effects.

You’ll start to gasp for air after taking a flight of stairs within 14 days of not working out.

Your VO2 measurement, which assesses the amount of oxygen your working muscles uses, can decrease as much as 20% percent.

After a month of inactivity, the fitness gains you’ve made will reverse, as you’ll lose mitochondria, which is the factory within the muscle cells that converts oxygen into energy.

So what you need is to rebuild the mitochondria back, which will take longer than it took to lose it.

The reason being that even those who are extremely active, the mitochondria needs to start rebuilding itself the moment they stop exercising.

For someone who remains completely stationary, the body isn’t able to rebuild this mitochondria since they’re completely immobile.

So because of this, some type of physical activity such as a brisk walk is needed, even just 30 minutes per day.

The good news is that you can start exercising at any time. It’s never too late to adopt the habit of consciously getting healthy.

4.) – Your Muscles Start To Weaken

The strength in your muscles will last longer than your endurance once you stop working out.

Your biceps and quads will immediately begin to shrink, the moment you leave the weight room.

There’s a significant decline in muscle mass within 2 weeks of inactivity. Most muscle fibers will convert from fast twitching to fast fatiguing.

What this hampers is your ability to sustain any type of high intensity activity.

What you need are longer periods of time to rebuild the muscle mass back, than losing it.

It takes less time however than someone who’s never picked up a weight in their life.

As for the fast twitch fibers, it takes around 3 months of continuous strength training sessions to increase the total volume of these fibers by just 25% percent.

Within a week, your muscles will lose their fat-burning ability while your metabolism slows down.

A study found that if you stop exercising for 4 weeks, you’ll increase your fat mass by 15% percent.

In another study, this based on athletes who are already fit, those who were in shape to the point of being “ripped,” also gained similar percentage points of body fat, this after taking 6 weeks off.

If you decide to take a week off and do absolutely no exercise, know it can take double the time, so two weeks, to gain back the same amount of lean muscle that was lost.

If you’re able to squeeze in one workout per week instead of being completely stationary, then what you’re doing is at least maintaining your muscle and fitness levels.

If you exercise regularly and stop for just 2 days, you’ll become tired moody and grumpy, while everyone will avoid you, as you’ll feel miserable and irritable.

Although the testing is limited in humans, it’s found under laboratory conditions, that rats who were sedentary for just a week, grew fewer brain cells than those on a spinning wheel or forced to perform mazes.

What’s known for certain is that any type of exercise will combat moodiness, as there’s countless proof that it’ll produce an instant boost in happiness, this for anyone who suffers from these types of disorders.

Any type of active body movement, even moderate, has proven to help older adults keep their hippocampus active, which is the area of the brain that’s associated with improving memory.

There’s evidence that the more fit you are, your brain will react quicker, feel better overall joy, as the “happy” chemicals kick in.

5 Signs You're Not In The Right Relationship So Move On