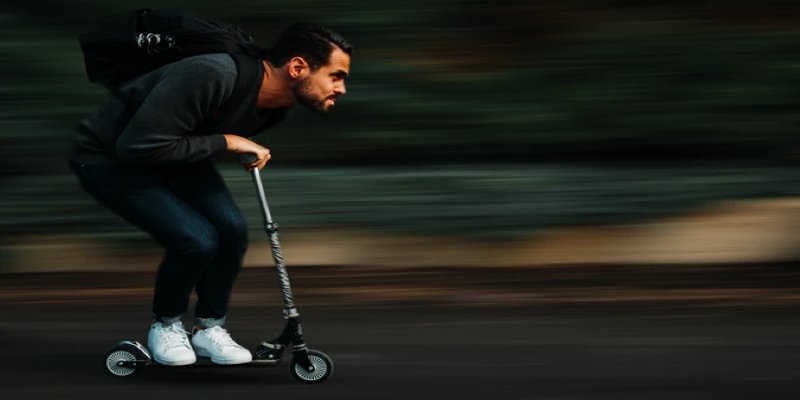 Those who show creativity from an early age, displays signs of challenging the status quo. To question everything at school and then later at the workplace. So what this shows, is there must be some type of personality disorder that’s inherent in those with a creative mind.

Those who are creative demonstrates an openness to new ideas. They’re risk takers while being self motivated.

What these traits project to, are they may at times be difficult to deal with. They may come across as combative, at odds with culture and the people around them.

A creative child who performs below average in school, may be viewed as a poor student with potential who’s lacks effort. That they “daydream” too often while doing poorly on objective tests.

It’s found the reason for this is that those who are young and creative, their right brains may be underdeveloped.

The Struggle Of The Creative

What’s known is those who are creative will struggle in overly structured environments. They become frustrated with tasks which are repetitive, not challenging, and thus boring.

This explains why sensitive creative children will often struggle in school. Their right brains tend to wander, while their predominant left brain are forced to memorize information.

These creative children view the lessons as trivial or irrelevant. The child is then branded as having a learning disorder.

Creative People In The Workplace

Those who are creative won’t often fit in well with the workplace either. Managers will see an aloof person who under performs, appears erratic, disengaged, and lazy.

Those who are creative usually won’t choose the right occupation for their creative aptitude. They wind up in dead-end jobs that are not well suited for their particular talents.

Then they either get fired or quit often, this because of frustration, and leave a trail of various occupations on their resume.

The job itself isn’t always the problem, as it also might be the structure of the company. Just a few workplaces or careers invite creative input, while most are rigid and traditional.

The creative person usually ends up in mundane disciplined slave driver jobs which leads to conflict.

Try To Just Fit In

What employees will do in a diverse workplace, is adopt the unwritten “code,” which is to avoid mistreating those who are different from them.

These are those who dare to voice their opinion too often, not do their jobs as prescribed, or are socially aloof.

Yet they’ll often gang up by sending overt messages of rejection towards a creative, erratic coworker. Someone who happens to propose radical ideas, are viewed as a threat to conformity.

These signals include ignoring the creative person’s comments, give hollow praise or ignore them socially during lunch.

Others will ridicule them for proposing such abstract ideas, which threatens the perceived integrity of the workplace.

The majority of people become comfortable in their daily routines, while adamantly defending their jobs. All they want is the paycheck at the end of the week.

They praise the conservative gospel of “If it ain’t broke then don’t fix it.” Their attitude is also nothing is ever really “broken.”

Once someone suggests otherwise, their work routines then becomes threaten. Their comfort zone becomes violated and they don’t like it.

The Turmoil Of The Creative

What all this points to is that creative people are troublemakers, as they come in conflict with those around them. They’re constantly rebelling with the work environment and organizational structure.

This is because creative people are often attracted to novelty and change, invite new ideas and ways to do things differently.

Creativity Is Not A Disorder

What all this abstract behavior of the creative mind leads to, at school, work, or stale relationships, is something is mentally wrong with that person.

Once this happens, as the irritation boils over and conflict stews, results in a downward spiral of constant disagreement.

This then invariably leads to annoyance or disciplinary action. What the creative person appears to have is a difficult time integrating into society.

To Extract The Creative Mind

These negative manifestations can be avoided. This once organizations and individuals are made aware of the various interpersonal dynamics of personality types.

One popular way is for employees to take the Myers-Briggs Personality Inventory test. What this will do is profile by respecting the various personality types and know their differences.

What traditional workplaces will do is usually define these profiles systematically. They do so by placing employees in black-and-white categories, such as gender, age, or at times ability.

All this while distinct personality types such as creativity, are not given the same attention. Creativity however, happens to be one of the most important profile traits to categorize individuals.

Conform To The Creative

To avoid rebellion and open conflict, organizations need to identify their creative employees. They need to nurture this creativity as an asset, and channel them properly.

This doesn’t mean locking them in a room for “brainstorming” sessions, but just give them the space to express themselves a little more.

Treat those who are creative as having interpersonal differences.

Thinking Outside The Box

Those who are creative also needs to learn how to adapt, understand, and control themselves better. This by finding other ways to express their creativity, such as a hobby.

They prosper the best as entrepreneurs, writers, or other professions which encourages openness, eccentricity, and taking risks.

The educational system needs to be more responsive by not pigeonholing them. They need to adapt better to their learning and comprehension styles.

Schools and the workplace need to become more flexible regarding creative individuals, and not treat it as a social or mental disorder. They’ll then adapt better and everyone benefits.

This way, the young will reach their full potential as their genius is extracted and matured.

Those in the workplace, will then be able to creatively enhance their immediate environment, by contributing in abstract ways.