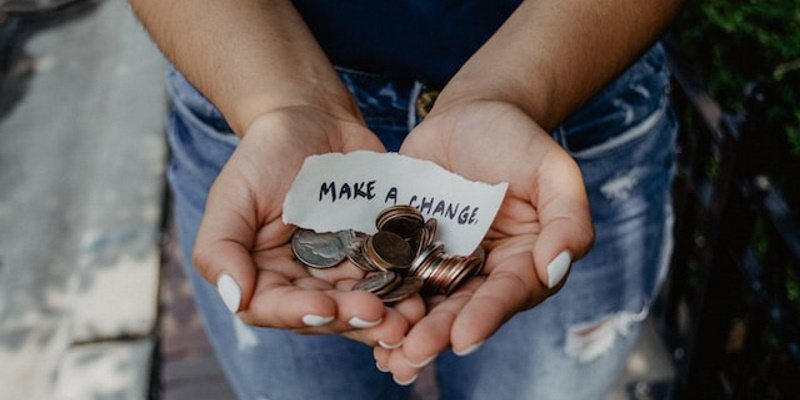 It’s a certain command of words which can influence our decisions, flip us, forcing us to at times change our minds on a situation or decision we need to make. We respond to a variety of orders once someone attempts to persuade us to buy, sell, or take action.

Everyone from marketers to politicians attempts to influence us to take action some how.

Friends and family are constantly attempting to alter our thinking, on what they’re wanting us to do.

At times, we can become subconsciously influenced by their insistence, and not be aware of it.

What we may not want to believe however is we’re being forced, coerced, and that it’s our own decision.

We can however become victims of being pressured, because of slight subliminal passages of persuasion.

Once we’re presented with the exact message at the right time or place, we will then change our minds voluntarily.

To Become Influenced
The right message, the one we’re extremely receptive to, because we generally agree it’s the right solution at that time. The goal is worthy of pursuing, and we agree.

Timing becomes everything. An ad about buying parkas or snowmobiles during the hot summer will not be effective.

The message or the ad, also needs to be presented with benefits which are believable and fills a need.

The Principles Of Influence

• To Show Authority– Most are inclined to follow the advice or suggestions of those who are generally seen as authority figures, those who apparently know more than we do.

Also, even if there’s no choice in the matter, the targets of persuasion can at times force us to react against that message.

• The Need For Consensus – This is the “monkey see monkey do” mentality.

• Commitment And Consistency – What most want is to appear consistent while behaving in ways which reflects our underlying beliefs.

For instance, someone gets their “foot in the door” and asks for a small favor, this to butter us up for a bigger ask.

This is common when it comes to charities, where you just donated a small $5 pledge, but are then asked to donate $100 to the same charity, later.

• The Fright Of Scarcity – Whenever something appears to be unavailable, what most will do is panic or get intrigued and want more of it. This a tactic marketers use.

This is the reason why retailers will offer “limited supplies,” or politicians will make you feel you’re the only one who’s got their attention, because you’re special.

Once you happen to really like someone, you’ll more than likely agree with their message, or whatever they’re offering.

They will attempt to be as likeable as possible, then deliver their message second.

• To Be Reciprocal – If someone’s nice for you, then most often, you’ll be more likely to respond back in kind. This is a classic retailers tactic.

You’re given a free sample of a product, then you want to return the favor by buying the product or service, because you feel obligated to.

Your Personality And Influence
• Cognition Is Fulfilled – Those who need to “think” about something, they’ll carefully scrutinize the information in detail first.

They may also be more wary or skeptical of authority figures, or told what to do.

Instead of they just taking someone’s advice for granted, they’ll instead mull it over it, and will come up with their own reasons to buy something or not.

• Extreme Conscientiousness – For those who are high in this trait, will usually comply to social proof.

They’re also more likely to stick to convention along with prescription. They’re influenced by those who concisely lays things out for them as expected.

• The Need For Consistency – This can be a form of gullibility.

Once they take the first step towards a small action, they’ll be more likely to follow through on a bigger one since they enjoy consistency.

For them to resist the tendency of they not being consistent, their mind needs to be made up first by sticking to their principles they’ve decided on ahead of time.

Calculated timing becomes important when it comes to persuasion. This the reason why certain health or diet apps work, because what they’ll frequently do is alert you during the day, this so that you can modify your behavior.

What you’ll also need is to constantly check the app to know how you’re doing. So what’s found is that if you’re wanting to change something, such as a health related behavior, what you need to do is set up reminders which prompts someone to check their progress, this so that the message will reach them.

Whether one is easily influenced or not is a positive attribute which depends on the change that they’re seeking. When it comes to your energy or health that you’re attempting to improve, you want to be influenced easily.

If you want to avoid being the target of certain marketing ploys which will deprive you of your health, money, or self respect, now you know how to build up your resistance.

It's No Longer Science Fiction As Technology Rules Our Lives