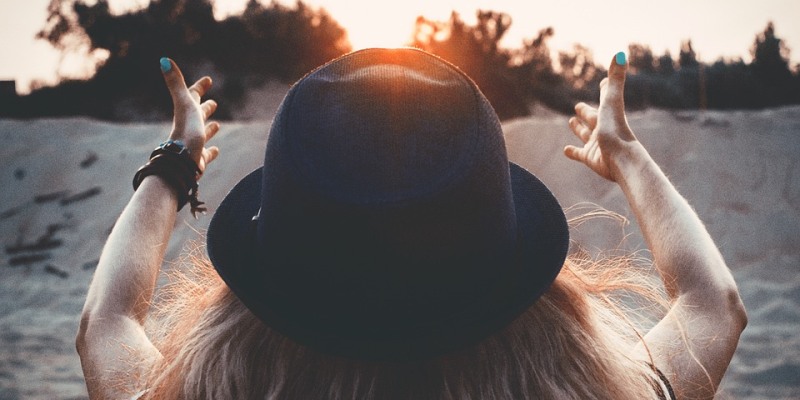 This is what hits the heart the hardest, this for anyone who believes in the magical, that there’s an external influence, that’s beyond our grasp. Most don’t even realize it exists. To others it’s pure conjecture.

Some are lost in the darkness, that faith doesn’t exist, that our society is completely generic, cosmetic, and bland.

Those who believe in magical powers, appear to be on a mission.

Part of it is to help others who still have their feet stuck in clay, those who remain to have naive materialism, and are unaware of their esoteric powers they possess. Understand there’s magic within you.

So if you have a remote glimpse that you yourself are a magical being, then you are steps ahead of the fray. This may mean that you’re already in the know, and you may not need this advice, so treat this as a refresher.

The Synchronization Of All Things

Events tend to speed up whenever you perform rituals, meditate, do prayer or have focused intentional movement. At times, these synchronizations may just appear pointless, but often they can be dramatically life altering.

The biggest alignment that can occur, is meeting someone who’s magical themselves. You know who they are in an instance. Meeting them can be a thrill, become overwhelming, it can be love at first sight, your elusive soulmate.

Your Sensitivity To Lunar Cycles And The Seasons

The more magical that you are, and it can just be a matter of you believing that you are, the more energy of light that you have. This is one of the brightest cosmic lamps which illuminates our earth, the sun and the moon, which guides our livelihood.

These mystical beings claim they can’t sleep once there’s a full moon, as it emits too much energy. This ramps them up, and they go through epic mythopoetic cycles of emotional awareness. This also occurs once spring turns into summer, then autumn into winter.

Magical people at the very least, have developed aetherical bodies. What this refers to, is at its source, one or several of their chakras are fully open and active.

Perhaps you’re that magical person, who has a pulsing highly emphatic heart chakra. Or perhaps it’s your third eye that’s wide open, and you have an easy time to see all of the visionary fluid dances of all things.

At the other end of the developmental spectrum, it’s found that magical people have fully formed aetheric bodies, which are able to freely navigate through the astral planes.

When having your aetherical perceptions open, even just a bit, means that you’re able to have vivid memorable dreams, more than others possibly can. This light is what you have going for you.

It’s Pure Psychedelics When You Fall In Love

Forget the fantasy of a jug of wine and a loaf of bread, and thou. Whenever a magical person happens to fall in love, most likely with someone else who’s just as magical, it appears more like a psychedelic adventure of the mind blown.

Why this occurs, is because of the intensity of the natural brain chemicals dopamine and oxytocin, that rushes towards the magical minds brain, which tends to produce a lot more than just a sexy cozy attachment.

What they also tend to do, is unleash psychic perception, as you can read your partners thoughts for real, and not just “Hey, I was just thinking of you, and I know you were thinking of me, just because I was thinking of you!“

These thoughts, encounters with you and your other. This occurs while dreaming deeply during the night. Ecstatic thoughts ruptures the very boundaries of your identity, along with all of its trimmings.

Take note and be careful at times, as it can become sensitive, especially if your partner isn’t as stable or a sane magical person like you are, which can be common. Once magical people fall in love, and it’s like, whoa, really?

An Abundance Of Creativity

You have superior creative energy, some call it genius. You have a radiant soul, that distinct animal magnetism resides within you.

Even though you may have this extreme energy, your abundant prana doesn’t really feel that way, although it may elevate as the seasons change. It may just appear like a sudden urgent feeling, to be more creative.

What then happens, is that you get captivated with the need to write that poem, record that song, plan that ritual, or bake those magical cookies. It becomes implacable.

Regardless of what you may look like, others can tell that you’re genuine “hot” property, and they mean it because you are. You naturally radiate the light and the heat of the cosmos. You become a rockstar, you become mystical.

Spreading The Magic Around

Your primary motivator for creating art, cooking that great food you do, tending to your garden, whatever it may be, isn’t to seek fame or fortune, although that would be a blessing.

If you’re magical, then your biggest motive is to sprinkle the magic around, this because you just can’t stand not doing so. The magic you find is so fun and beautiful, warm and true, you want to share it.

What this can mean, is that it can drive you a little towards the “crazy” at times, this whenever you see the magic in someone else. You then reach out to them, since they’re not able to see it in themselves.

What can make you frustrated, is once you see the greater good that’s in this world, while the collective world at large, appears to not care as much, not appreciate its magic, it can become saddening.

So, you put forth the effort on a daily basis, into doing things which increases the totality of magic, and the wonder, joy, and the love in the world. Have another tainted brownie.

Examples Of Hedging: Protecting Your Profits Once The Markets Become Volatile