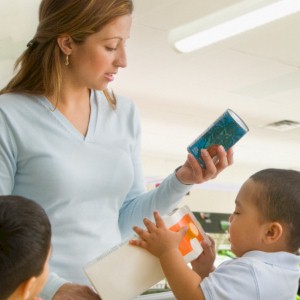 We are usually consumers first before we begin analyzing marketing methods. What we do is sell our personality or our skills at work, be as adorable as possible in social situations, and then sell our goods or services in the marketplace.

So it’s no surprise that mass media along with the marketing experts have discovered a few traits and triggers which activates our “hot” buttons directly into our unconscious minds, which motivates our behavior to buy. What’s been developed as a result are steps to take, which focuses on how we become influenced into purchasing something.

The first signal is when something, a familiar pattern that we’re familiar with, is somehow abruptly interrupted. We then become alerted, and become aware by the unexpected interruption, which jolts our attention. This sudden interruption also prepares us for potential threats, making us cautious as shoppers.

The next step is convincing us to buy something, which involves opening up our minds to something completely different. This is strictly a mental state which occurs once the anxiety is eased, while building trust.

So before you’re able to get your target market to become excited about your product, you’ll need to lower their guard by making them as comfortable as possible.

Use Humor To Make People Relax
Using humor is one of the most common tactics used in mass advertising. There are ads which will often use laugh tracks which are “canned,” and emulates a live sitcom TV show. They do so because using laughter always works.

Being funny is a basic form of social bonding which states: “I like you and you like me” because we both think something’s funny. But according to research, laughing isn’t really about what’s funny, but more about a social bridge that’s created as any differences are dissolved.

Finding something that’s really funny is a completely natural response, along with being a universal language which crosses barriers, this since genuine laughter is hard to fake.

When sharing laughter with others, what it’s able to do is synchronize the brains of the speaker, which then creates an emotional bond with the listener, which is the key to any successful communication.

Bringing the funny also relieves tension by discharging a hormone which is known as oxytocin. What this does is it naturally releases the “trust” circuits within each other.

This is the reason why those who are in love will laugh often, and why you’ll instantly laugh when someone, such as your boss, intimates an unfunny joke.

Mimicking What Others Do
It’s really no surprise that all those reality TV shows now account for the majority of network programming these days. The same reason why most of the popular sites on the Internet are “peer-to-peer” social media sites.

Marketers know that humans will always respond favorably to other familiar like minded individuals who they can relate to. Everyone can relate to the contestants on these reality shows, because they act or look like them.

Our brains aren’t wired to function independently, or in isolation, but rather it loops back and forth, connecting with the minds of others, unconsciously transcending the boundaries of our own thinking.

We’re programmed to synchronize with others who we can relate to through our mirror neurons, which involves engaging empathy as well as imitation. Activation of these neurons allows us to envision the same feeling ourselves while looking at their behavior.

Research has proven that the happier that couples are, the more their facial expressions will become similar, this because of parallel sculpting of their facial muscles. This occurs over years of conditioning while they sharing the same emotions and emulating similar expressions.

Studies have shown that waitresses who learn to mimic their customers will usually receive bigger tips, although their customer is often unaware that they’re being imitated.

Marketers are aware of all this, and will use these tactics to persuade people to purchase their goods and services.

Brand Development Begins With Consistency
The very best of the marketers will clearly and consistently identify their brands look and feel when they advertise. On the other hand, politicians will make themselves irrelevant once they slightly screw up on an important issue.

This harmonious connection when it comes to people and their brands is at times determined by the extent of their alignment of what they say, how they appear, or behave.

When people, brands, or companies get out of sync with each other, they’ll instantly begin to develop a sense of mistrust which undermines their intentions, all this on reflex.

This occurs because our brains will instinctively scan for any contrasts or inconsistencies in the information that we’re fed, instantly activating our “BS” filter, which analyzes the perils of deception along with the intents of fraudsters.

The Skeptical Mind
When something doesn’t add up, or doesn’t feel right, it’s because our brains are simultaneously processing multiple channels of information. When there’s some type of mismatch of information that’s being sent, then stress signals are released, warning us to be careful.

What’s similar is when you make eye contact with a complete stranger, and although they acknowledge you pleasantly, there’s something that feels inexplicably askew.

It could be that sudden unnoticeable twitch, the eye contact was too quick, or there’s an inconsistency in their emotional expression which gives you that “bad” gut feeling. Then sure enough your instincts were correct, as that person asks you for spare change.

So if you’re wanting others to buy whatever your selling, what you need to do is become aware of all the hidden signals which they’re continuously sending you.

Know The Reasons Why Some People Are Guaranteed To Fail