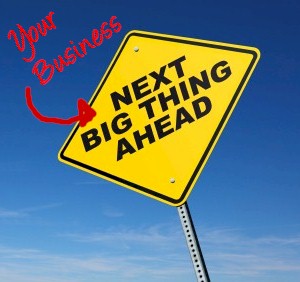 We as humans by nature will fail more often than we succeed. There are simply too many hurdles, setbacks, and emotions to overcome. So the idea is to be aware of them, and not allow these roadblocks to slow us down, or get in our way.

Failing at something has always been a lot easier to do than win. Failure is an easy downhill slide where success can at times be a hard uphill struggle. Failure is always expected and in the spotlight as a trendy media topic.

Failure appears to be a prerequisite, a necessary step which can be both financially and emotionally painful. The biggest sin being failing to do something, giving up, just because of being scared of failure itself.

With all of the lessons which needs to be learned when it comes to your career or business, it usually boils down to money and your welfare, placing your future on the line. So the idea is to eliminate as many of the known failure tenancies as possible.

Nothing in this life is fail proof, as unforeseen accidents and setbacks can occur. But the idea is to get back on the horse once you fall off.

Not Having A Plan Or Being Innovative Enough
Every new trend always begins with someone going against the grain, against what the crowd is doing. One example may be a computer company who bypasses retail, and sells directly to the consumer, for instance.

It’s often viewed as being brilliant to go contrary against the norm, but what you need is a solid plan of attack. As they say, there’s nothing new under the sun.

• There are thousands who are wanting to be Web designers, even though there are already thousands before them that are struggling or have failed

• There’s always someone who’s wanting to open up a brand new deli or a coffee bar, even if there’s already five others on the same block

You can proceed with these ideas, but what you need is a better plan of attack. You deciding to go “contrary” can potentially be a great way to seize an opportunity which others may of missed. But that only works provided you have a great plan to execute, and then work hard to make it work.

Easy Doesn’t Always Mean Success
There are plenty of so called easy “turnkey” businesses which are extremely simple to start. Anyone, for instance, can easily buy a domain name and then begin their own e-commerce site, selling Amazon products which others will fulfill. E-commerce is an easy business to start, but an extremely difficult one to make any money in.

The same goes for mobile apps. You always read just the success stories of someone making a million dollars off their new game app which they’ve developed in their basement.

But there are countless millions of others who develop their own apps without success. Developing apps are also extremely easy and affordable to do, but they’re extremely difficult to make any money from.

These types of businesses are all easy to start, but usually, are only lucrative during the initial stages of a brand new industry, before it goes mainstream and becomes saturated.

Getting Advice From The Right People
You have an excellent idea for your new business. So what you do is ask your friend, or coworker for advice on your idea. They say that it’s a god awful plan and immediately shoot it down.

Know that this is their uneducated opinion only, but you instead become discouraged from their advice, and as a result you give up on the idea.

What you need to do instead is ask someone who’s actually qualified and informed on your idea, an expert in the field. You need to realize that your friend has no clue about your business plan, and his advice is completely worthless.

So never ask for any advice unless you’re going to ask plenty of questions to get the right advice from the proper people. Taking the more difficult path is usually the better route, this because it’s a road that few are willing to take.

Don’t Listen To Your Ego
Some will tell you that the reason why they’ve opened up their latest business was because they liked the idea of being a business owner. They don’t however like the work that’s involved, they also despise selling, and they’re not an effective leader. They opened their business just because it feeds their ego.

These individuals will open their business without having a clue. They don’t know or understand the core, or the blood and sweat that’s involved in making a profit, then they wonder why they fail.

Having a big ego and feeding it won’t pay the bills, but what you need instead is good planning, and then making excellent objective executive decisions. Working as hard as you can will as a result feed your ego instead.

Social Media Is Only Good When…
Social media allows easy access to building a network of associates which can come in handy one day. But when you’re ever in need, when you’re looking for a new job, or need financing for your business, these social media connections are useless.

Even though these social networks can be helpful, instead spend your time building genuine connections with real people will generally offer better results.

You can plead with your Facebook friends, but they’ll just commiserate with you by giving you a “Like.” So using real life and real people will help you more when in times of need.

Never Assume Anything
You may think that your particular “cookie cutter” idea, your generic business plan will succeed where countless others have failed. Everyone thinks that they can build a better “mousetrap,” but will invariably fail.

Everyone assumes that their particular venture, their idea is so spectacular that they’ll ignore all of the fundamental problems, such as a terrible location, or a technical flaw in their plan.

They assume that their idea is better, simply because it’s their very own venture, but that rarely works out. If there are others that have failed using the same identical plan, how do you expect yours to succeed.

The same can be true for one’s career. After post secondary education, most will just follow down the same path as everyone else, then they expect different results for doing the exact same thing. There’s a definition for this.