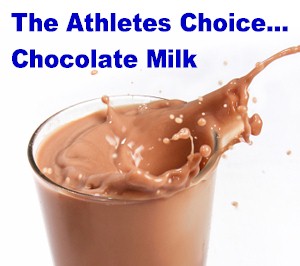 So you’re entering the final few miles of your marathon and sweating buckets, or you’re grinding down to the last few minutes of your daily spin bike workout. When you need fluid replacement, your first impulse will most likely be to gulp down as much refreshing water as you possibly can.

But what drinking all this pure water could potentially be doing is more harm than good when it comes to the balance in your body. What drinking water does is it dilutes the sodium levels in your system. So as a result, there are those who recommend liquid alternatives which are more fortified.

There are a variety of different Sports Drinks on the market for a reason. They’re all scientifically developed to boost the results of your exercise regime, endurance, and performance while improving the recovery process.

There are professional athletes as well as weekend sweat warriors who choose to drink sports drinks since they contain electrolytes, which effectively counteracts the dehydration process and the carbohydrates which can provide energy.

What the carbohydrates does is it will also increase the sodium levels which the body loses during the sweating process, which in turn helps in retaining more water in the body.

The 3 Different Types Of Sport Drinks Available
The various sports drinks which are available can be divided into 3 distinct categories which are: hypertonic, isotonic and hypotonic. Each one these beverages contain different percentages of electrolytes and carbs, designed to meet the requirement of the different types of exercising.

Hypertonic
What the hypertonic drinks contain are high levels of carbs, which will effectively provide an energy boost rather than promoting hydration. They’re excellent for post exercise activity recovery or for providing additional energy during ultra-distance type of events, such as a marathon.

Isotonic
What isotonic drinks are able to do is provide a balance of electrolytes for carbs, as well as re-hydration for the recouping of energy. As a result, it’s the most popular type of sport drink for the majority of athletes.

Hypotonic
The hypotonic drinks have usually lower levels of carbs. Their main design of function is to speed up the re-hydration process a lot quicker.

The Benefits Of Pre-hydration
When you pre-hydrate anywhere around 4 hours before your exercise regime, event, or workout will allow the body to be able to absorb the fluid properly, while getting rid of any excess water.

When drinking an isotonic based sport drink around 30 or so minutes before the exercise can also prove to be beneficial. What the sodium does is it allows the body to retain more fluid in the system while stimulating thirst as well. What the carbs will do is provide a much needed energy boost.

Caution Of Too Much Hydration
Known as hyperhydrating. It’s not recommended you drink too much liquid, such as water, since it will rapidly dilute the sodium levels in the body and can potentially lead towards serious illness in extreme cases.

This applies particularly to those who run four hour or longer marathons for instance. Drinking too much fluids during the run can become dangerous since these runners will generally sweat less than the faster runners, but will still usually drink the same amount of water or sports drink.

Getting A Boost From Alternate Methods Of Hydration
• Athletes can also get an energy boost from drinking pure vegetable or fruit juices. To do so, mix 2 cups of unsweetened orange juice with 2 cups of water, also add 1/4 to 1/2 teaspoon of salt.

• If you’re looking to shave minutes off your next run or bike, try pure beetroot juice. Beetroot juice has been recognized to boost one’s performance. For instance, cyclists who were tested on beetroot fuel, were on average 9% percent quicker than their previous trials, this based on drinking 2 cups of beetroot prior to the testing.

What beetroot juice also does is it reduces the resting blood pressure along with the amount of oxygen which is needed to do any type of exercising, including walking.

• Coconut water is also proving to be an excellent source of sport drink which promotes whole body based rehydration. During a recent test, coconut water which was sodium enriched effectively relieved dehydration which was brought on by exercise. This as effectively as any commercial sports drink.

All Sport Drinks Are Not The Same
Next time you’re reaching for that sports drink after or during a run or a workout, keep in mind that even although they’ll all contain carbs as well as electrolytes, the quality along with the quantity may not always be the same depending on the supplier.

Based on one study, what was compared was two popular commercial sports drinks which revealed marked differences in their content and their performances. The sport drink which produced better recovery times contained complex carbs and a glucose polymer which was absorbed and then used by the body a lot more efficiently than just simple sugar absorption. This particular drink also contained amino acids, sodium, fructose, potassium, dextrose, and vitamins B and C.

Recovery Post Exercising
So after you’ve completed your tough excruciating workout, the body is screaming for electrolytes to replace the lost fluids, as well as needing protein and carbs to help the muscles be able to resynthesize glycogen.

Research has shown that using an alternative hydration method to all those costly commercial hypertonic sports drinks, is by drinking low-fat chocolate milk.

What chocolate milk is able to do is supply all of the required protein, carbs, and the amino acids, while also being able to replace the lost electrolytes. It’s suggested to drink the equivalent of 50% percent of the calories which were burned or lost from the workout, 30 minutes after the exercise.

Listening To What Your Body Says
The most logical and sensible thing to do is just listening to what your body is telling you, and then drinking only when your thirsty rather than forcing or following an external drinking regimen.

To assess and know your current level of hydration, the best way to know is looking at your urine color output as an adequate guide, or by comparing your weight before and then after the exercise. Another strong indicator of dehydration is getting dizzy for no reason, or constant headaches soon after or during the exercise.
[ad#co-1]

How To Make Your Creative Writing Flow Water Like Streams