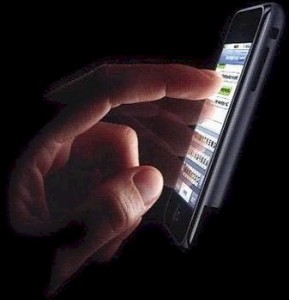 There are an increasing number of online marketers and businesses who are currently tweaking and testing out the nuances of advertising on mobile devices. Google in particular claims that the landscape looks a lot similar to how traditional search ads on website were when they first originated their Adwords platform.

Since it’s still relatively new, those who are wanting to jump on board can still take advantage of the lower cost of the mobile per-click prices which are currently available.

As a result, there is significant buzz and excitement that’s being generated around the growth and potential of mobile advertising.

Mobile advertising, for those who are participating, reminds many of how traditional search advertising began over a decade ago. Mobile consumers are also embracing these ads on their devices as a growing number of savvy advertisers are eagerly complying to these users.

Mobile Usage Exponentially Exploding
Anything that’s mobile related these days, whether it be smartphones or tablet PCs are on an absolute upward trend spurt. All of the various mobile formats, platforms and Operating Systems which are available are also adequately adapting and advancing significantly, this area which was once extremely poor.

As of now, the majority of mobile advertisers are still in test mode and still finding that their ads aren’t really monetizing that well. This since the marketers are still fine tuning and crossing over from the mindset of traditional search sites of a decade ago.

As these mobile formats begin to advance, much better performance on these mobile display ads are expected to improve as adoption increases.

Since there’s such a significant rise in smartphone usage which now has complete Internet access, these consumers are now rapidly being acclimatized to what the mobile web offers, as witnessed by it’s steady growth.

Mobile is now proving to be the backbone for a lot of online as well as offline businesses’ overall advertising strategies, and there’s a lot of room for improvement. In the long term, it’s believed that mobile ads for these advertisers will eventually be the basis of their marketing programs once all the kinks are worked out.

Google The Mobile Ad Leader
As consumers and the usage of the mobile web increases, Google as a result continues to grow their mobile advertising platform. The cost for their cost-per-click program is also expected to rise as a result. That cost however as of right now is significantly lower than traditional site search advertising.

It’s also expected that the conversion rates for mobile cost-per-clicks is expected to improve as the majority of consumers are becoming bullish about the offerings. There’s a lot of excitement regarding the potential of mobile ads as the mindset is shifting away from the conventional desktop mentality.

Mobile users with their devices are usually out and about, shopping or sipping their lattes, and once they search for information on their devices, they generally need the results a lot more quicker and more precisely, this presenting a better opportunity for direct advertisers.

The technology of smartphones are absolutely amazing as these small handheld devices now emulate small computers which are extremely powerful. The best part is that it’s still in the early stages and a small reveal of what potential these devices offer.

Businesses Jumping In On Mobile Ads
For businesses who are currently participating in offering mobile based specific ads, such as using “click-to-call,” their ad costs will generally cost more. This is because it’s extremely easy for a mobile user to call someone from their mobile with a simple tap.

Google has also recently began to improve their “Go Mobile” campaign. What this program does is it helps businesses to set up their own mobile sites so they’ll be able to leverage the growth of their mobile web audience.

This should as a result drive traffic from direct mobile based search results to their mobile optimized sites, which is proving to be a much better user experience than sending them to a larger and heavier traditional web site.

Google now also offers a “click-to-download” mobile feature which allows mobile marketers to promote their apps directly in the mobile search results. This also links mobile consumers directly to the advertiser’s Google Play page and even to Apple’s App Store page, where they’ll be able to download the apps.

Google Constantly Improving Mobile
Google is continuously innovating and improving their mobile product offerings with a variety of new or improved tools for advertisers. These are designed to improve direct ROI, by providing mobile users with a lot more useful and relevant download information.

Information such as “star” based rankings and reviews as well as pricing. What they’re doing is actively working towards helping the development of the growing mobile ecosystem which includes empowering local businesses to be as visible as possible, so they can enable mobile ecommerce.

Although Google is extremely positive on the possibilities and potential of consumers and their powerful mini-computer smartphones, they claim that the mobile environment, since it’s growing so exponentially, is becoming an important piece to their entire digital Eco-sphere.

Google along with their various partners are continuously working towards solutions that will work across all computer screens and platforms including laptops, tablets, desktops, smartphones and television. They’re also looking for these ads to work together across all of the different formats from search to video as well.
[ad#co-1]