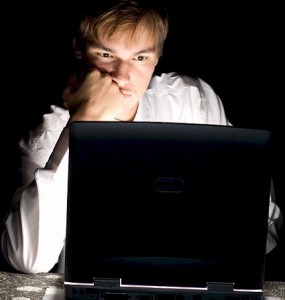 Some love crunching numbers, while others just despise it. One thing that “numbers” do however is that they act as the final indicator when we have to make a decision.

Numbers stand as the final resolution, the final tipping point for the majority of what we do or don’t do. For instance, if something that we want to purchase costs too much, if that final figure is too high, then we don’t buy it.

Calculating numbers become a necessity of life until they begin to fail us. Once that happens, then what we’ll do is just come up with a new set of numbers to support our belief or conclusions. Just in the past year alone, we’ve witnessed the price of Gold drop by 12% percent, Crude oil increase by close to 25% percent, the Dow Jones rise by 12% percent, and the Unemployment rate dip nearly 9% percent. You say “so what,” what does that have to do with me.

It’s entirely possible to spend an entire day quoting and crunching all these various numbers along with the changes which occur in the stock or commodity markets or the indices. But wherever these numbers end up, they’re still numbers.

The blunt boring truth is what exact value do these numbers even hold for the average investor, or what harm or help do they pose for the working individual who’s just attempting to make a honest living.

The biggest challenge for the average wage earner after all is to put food on the table, while hopefully accumulating enough savings and assets to put their kids through college, and then hopefully retiring at a comfortable level of security.

The reality is that the financial markets which dictates the bigger economic picture will ultimately trickle down and eventually affect our daily lives. These securities are also priced and then re-priced based on the various market data feeds, weather changes, forecasts and public speculation.

The Financial Markets Are Based On Fear And Greed
The financial landscape that we currently live in is based strictly on speculation and proclamation. The major markets around the world thrive or fall based on our emotions, primarily fear and greed.

So the end game is to grasp the movement of the market by acting on the benefit of the prediction. We however all begin to panic based on fear that we’ll miss that next big opportunity, or not even knowing that it ever happened.

Reacting On The Hype
We all want to make the best or the most prudent choice when we invest, the majority of us however just don’t have a clue what we’re doing, this because of a lack of expertise or education. We don’t want to stand out as the “one” who missed that financial opportunity of a lifetime.

So instead of we staying conservatively focus by being on the top of our finances, we will impulsively begin to take unnecessary, poor or untimely risks based strictly on what we happen to hear or read elsewhere.

We accept this financial advice at face value and as if it were gospel. We just assume that the information which is being provided by these so called “experts” is sound, but is usually just an opinion.

Buying The Screaming Headlines
So if you go back to the major headlines in the past year, you would witness the screaming proclamation that gold prices were about to explode through the roof, and the time to buy was right NOW.

If you weren’t going to invest in gold, you would lose out big time. But in actual fact, after the buying frenzy which did occur, for those who took their word and bought, are now the real losers.

There are also similar headlines which claim that the economy is once again stuck in neutral, and we’d be facing another huge unemployment epidemic caused by a depressed stock market. What to do?

The point is that change in the markets will always happen, whether good or bad, regardless of what the screaming headlines, the biased opinions, the faulty forecasts, or the ill advised speculation will tell you.

Filtering Out All The Noise
So it’s our job, our duty to clear our vision and to focus better on what’s important in our lives while deleting out all the white noise and the constant tidal wave of useless data. What we need to do is shift our attention away from the unimportant:

We Need To Gain Control
Know what you can or cannot control in your life. Similar to stock price fluctuations, movement in unemployment rates, or the gold prices rising or falling, you have no say or control of knowing what happens next.

There are areas in your life which you can control however, such as your debt, how you dictate discretionary spending, or how you allocate or invest your retirement savings.

Know Your Exact Financial Situation
Routinely examine your financial situation to assess whether you’re currently living within your value system. This is usually the moment of truth. Are you living within your means and living within the set out values which you’ve set out, or have you recently drifted off a bit and are heading towards more debt.

Creating A List For Improvement
Create a reasonable action list on the steps which are necessary to improve your financial situation. What are the alterations which you need to make to live in better alignment with your values. Create a list of all the small actions which you can take and the changes which will help you in making this process meaningful.

Not Listening To The Distractions
One thing for certain is that all the external noise isn’t going to end or go away anytime soon. All this speculation as well as proclamation isn’t going to stop.

The so called experts and their pundits will always continue to scream out their predictions, sometimes they’re right, often they’re wrong. They’ll continuously tell you what you should be doing so you’ll be successful, usually for their own benefit.

But all this resistance can be difficult, especially if it’s in genuine print and stated so convincingly. Their biggest target and tactic is playing on the public’s fear and or greed.

So what we need to do is live within our values and attempt to ignore the spectacle and the financial sideshows by making valid, reasonable decisions on our own.
[ad#co-1]