We As Consumers Live In A Copy-Cat Orientated Society 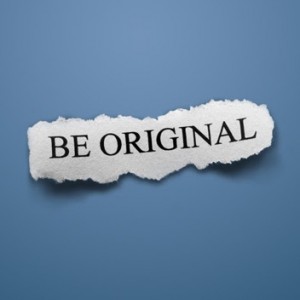 We as human beings by nature will emulate each other, copy or mimic those who we adore, such as our favorite singer or movie star, usually willingly but also at times subconsciously.

Being a copy-cat does has its merits and social benefits however. Imitating someone else helps in building rapport between individuals while creating peer bonds and recognition when in social situations.

Emulating others on a broader scale ranges from processes derived from other non-conscious perception. This after seeing others who are engaging in a certain behavior, will then become adoptable and then directly linked towards our own behavior.

We do this as a strategically thought out process, we choose to imitate others because we’re uncertain about ourselves and are wanting to somehow fit in.

As consumers, we’ll order the same meal that we saw on TV, or we saw someone else eat. We do this while being completely unaware that we’re even copying someone else. We’ll also just subconsciously emulate others by asking what the most popular item on their menu is.

Strategical copying makes sense when there’s a smorgasbord of choices offered, such as which new movie to watch or the best books to read. You’ll often go to your favorite site which reviews the latest videos and then make a selection based usually on popularity, ratings or favorable opinions.

The Copy-Cat Syndrome
Whether we do it on purpose of not, when we’re in direct face-to-face interaction, or when we’re online, copying is usually associated with conformity.

Individuals usually also want to maintain their level of uniqueness as well, especially when it comes to culture valuing individualism or when attempting to display independence.

Say for instance that you’re shopping for a new pair of shoes, and found one that you like. But once you saw someone else try them on, or see someone else wearing the same pair of shoes, the purchase then suddenly loses a bit of its appeal. You convince yourself that they were too expensive, or that you didn’t like the color to avoid buying them.

Although there are many others who obviously bought the same item, actually witnessing someone take an interest in those shoes made the purchase not as special. So the actual illusion of individuality when being a consumer becomes compromised.

It’s when you set the tone or trend and someone else copies you however, that’s when you feel flattered. But the reaction is completely reversed when you as a consumer knows you’re being copied, and then it feels not as unique. That feeling then eventually turns to annoyance.

Don’t Like To Be Copied
One test found that if someone is being copied by someone who they actually know, or are familiar with, such as a friend or a co-worker, it makes it a lot more likely that the person being copied, will then distance themselves away from that same product that they own.

This will usually occur when the person’s distinctiveness is threatened. More particularly:

• Getting exposed with an independent self construable, which was associated with intentions of disposal. For instance, they are willing to give or even throw the product in question away, this for those who felt similar to the individual who happened to mimic them
• Those who noticed or realized that they were being copied by someone, were more than likely to re-customize the same product. This if they had a high need to be unique, especially if that the individual mimicking them were similar to them
• Those who were being primed towards an independent self construable, led towards the actual disposal of the product or item. Even choosing a less desirable product instead of their initial preferred choice. This especially for those who placed a high value and an effort into acquiring the product

Being As Individual As Possible
The majority of us would prefer to live with a certain aura or illusion of we making our own independent choices, as well as being unique once it comes to products which are consumed or displayed in public, as opposed to private consumption. This also applies towards our possessions which defines us as individuals.

For instance, take that local “Indie Band” which you were a big fan of when they were fresh, new and unique, local and not that popular. This love changed however once they suddenly became popular and mainstream. They just didn’t appeal to you as much then.

Although the trend now is to allow consumers to be able to personalize products to be as unique and individual as possible, the choices are still constrained by what’s made available in the first place.

As a result, we express our individuality through an unique combination of choices that we have, rather than specific possessions. As far as Consumer Behavior goes, those who have a high need to be as unique as possible may at times feel that their distinctiveness is compromised. This occurs when the choices they have mirror their own. Fortunately, what we often do is live in blissful ignorance.
[ad#co-1]

The Distinct Class Separation When It Comes To High Tech