When Money Isn’t Always The Prime Motivator For Employees 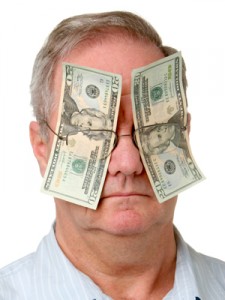 It’s not always about the paycheck at the end of the week that motivates employees to do a good job. But that’s what conventional wisdom will tell you that it’s just that. It’s the money that the majority of employees will come to work on time and then perform their duty. The study of economics in classrooms will also confirm that the bigger that the salary is, the more work and effort that an employer expects to get from the employee, this includes better results as well.

But there are those who are challenging this thought, and there is mounting evidence which backs it up. Although money still is obviously the primary motivator and reward, but rewards just usually deliver a short-term fix, similar to caffeine, which can fuel the performance for a few hours.

[ad#co-1]
But the “money as a reward” effect will eventually wear off and what may be worse is that it can potentially blunt an employee’s long-term motivational goals to continue their tasks. The belief however by the motivating powers that is money has proven to be extremely resilient.

If Money Then Is The Real Reward
There has been a number of studies which have questioned if the power that money has as a reward for work really exists. Experts in this field have all confirmed that employees are not and shouldn’t be treated like rats who are in a office cubicle maze.

They will usually seek more meaning in their jobs as well as displaying more individualized control over it. But these experts are known more for their peripheral and innovative impact, and not those core beliefs. Managers as well as HR personnel will still always focus on compensation and production.

The Landscape Is Changing
There’s been dramatic accounted success stories of companies which have been founded on a completely new set of beliefs, these organizations, are better known as “social” businesses.

These are the companies who will raise capital on a concept, they will develop unique products, and then sell them on the open market system as a service, based on a larger social mission.

Their primary success is based on the ability for them to galvanize their employees sense of purpose rather than they getting rewarded with a high salary. And the employees are buying into the concept.

Recent evidence based and gathered by economists presents hard data. These experts work on the basis that individuals have just a few innate needs, which are autonomy, relatedness and competence.

When these needs become satisfied, then employees become a lot more productive, motivated, and happier. If they happen to be thwarted, then the same productivity and motivation plummets. This is known as the “self-determination theory.

Money As A Motivator
So the belief of society’s conviction regarding that money is a powerful motivator has sustained because it’s obvious and simple to understand, enforcement is straightforward and it’s easy to monitor.

But to be accountable for the resistance towards the accumulating evidence, the explanation needs to run deeper. If it were that straight forward and easy, then our ideas would have changed by now in response to the mounting evidence.

The core belief in our market centered ideals, the power that money possesses has developed into an article of faith. Money has become the symbol on how we keep score and measure the true value of all things including ourselves. This is how we measure what anything materialistic is worth.

There may be other motivators at work than what’s suggested, but believing that there are different motivating factors other than money is a little like challenging gravity. We all know the scientific theory behind it, and may not understand or even believe it, but then, we’re not quite able to bring ourselves to the edge of the cliff and jump off.

Deadline Anxiety Why Writing On A Daily Basis Is Like Homework

The Art Of Avoiding People Who Completely Bore You To Tears