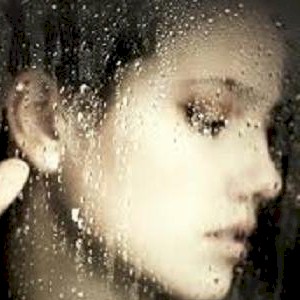 As the belief goes, most pretty women dislike, at times despise other pretty women. This is where their competitive nature, their vein of insecurity sets in. They think that the other women they see who are gorgeous and smart, has more to offer than they do.

Women will always compare themselves to other woman, this because they think that’s what their man is doing, which is comparing how pretty she is to her. That their man is lusting over every pretty girl that walks by, that he would rather be with them, instead of being with her.

Why do some women generalize men this way, this perhaps from past experience. That they’ll be dropped like a rock as arm candy, if there’s something sweeter, sexier, more hotter which catches their mans eye.

Why Do Pretty Girls Cry
So why is it that some pretty girls don’t see themselves as that pretty. What instills the beauty pageant catwalk protocol, in everything they do.

That there’s something deficient about them, that they don’t compare in some areas on who they are. What’s not realized is that beauty is in the eye of the beholder, and it doesn’t extend any further than that.

They look in the mirror and what they see are distinct flaws, which is only their belief, and not anyone else. This isn’t in the mind of their partner, or the mind of a stranger.

So what women will constantly do is ask, “Do you think these pants make me look …? Looking for support from their spouse, while mistrusting their comments. Why not just see the beauty, the uniqueness, that you’re a work in progress instead.

The Need To Compare
Once a woman cross paths with another who is more attractive or well off than she is, this for whatever reason, a trendy haircut, designer dress, shoes, body, or just her smile, there’s angst.

Ladies, realize this, that she’s also looking at you, and seeing something that you have that she lacks, and would love to have.

This is the competitive nature that’s inherent in the mind of women, to look better than the other, to take inventory of someone and then see how she compares. This is the reason why the beautification industry is the most lucrative in the world.

They’ll constantly look for flaws, deficiencies, weakness in others, this just to make themselves feel better. This is natural, but some will take it to unhealthy extremes, which influences their thoughts and intentions.

What’s Wrong With Getting Better
Men will accuse women of pettiness or jealousy, this if he ever looks at another woman who’s attractive. All that women are doing, is just reacting to the vibes that their man is giving off.

That they’re wanting to keep improving themselves, to look and feel their best, and that men should try that sometimes themselves.

Are Women More Vulnerable
What some women despise is their man thinking they’ll always do what’s asked of them. That men are wanting to be in control of their actions, this because they’re more vulnerable.

That men believe themselves to be more secure emotionally, the biggest example being that men will never look at another man and say, “I wish I was more like him.”

Why is it that one needs to make excuses on how their gender acts. The truth being that women react more emotionally and are more sensitive of self, while men are more logical and blunt.

So why not just appreciate and accept the distinct differences of each other, as we’re constructed differently physiologically, and not equal on everything.

Realize The Difference
Women are considered more sensual, sensitive, passionate, deeper thinking creatures, who are becoming tired of constantly apologizing for how they react, as it’s their genetic makeup.

Women will also put in the effort when it comes to understanding what makes their man tick, knowing that they want to become better. That they’ll be there when they need them. It’s also realized that men are more stronger, protective, dominant beings.

Why Can’t We Just Get Along
What society has succeeded in is conditioning, confusing how women are supposed to act and react, this to the point where some don’t even realize how they come across. That they refuse to be who they are.

Realize that it’s an imperfect world that we live in, not even close. That everyone needs to deal with reality the best way they can, this by not comparing themselves to others, but instead to just be.

Show Your Uniqueness
Everyone is beautiful in their own way. That we were placed on this earth at this time and place, this to realize what our unique talents are, and then to exploit them.

Most are far too concerned about their physical appearance, which is a construction of the media, to exploit ones insecurities and inadequacies. For those who planted this negative seed, must be wondering how things got so out of proportion.

Just Be
Why are there so many women who are unhappy or worry because of the way they look. Every person is a gift, who’s genuinely cherished by their loved ones, and this should never be neglected.

Keep in mind that you become what you think. Realize that you’re beautiful in your own way, and why your man wants, desires who you are, and wants to spend the rest of his life with, and it’s not because of how you look.

So why not become the best you can, since you can’t drastically change how you look. Everyone grows older, everyone’s physical appearance changes.

What does remain the same is who you are inside, your attitude, your personality, so knowing who you are, is what matters.

How To Make The Transition From Education To Becoming Wealthy