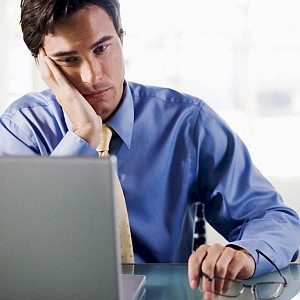 Most choose to become an entrepreneur for a variety of reasons. Most think that they’re potential isn’t realized or are taken advantage of in the workplace. That they can do better on their own, that their aptitudes aren’t met.

The occupation of becoming a successful entrepreneur sounds glamorous, but like in any other profession or pursuit, the casualties of failure are extremely high, this for a variety of reasons. The attraction is doing your own thing on your own terms, creating your own rules while making money.

Successful entrepreneurs are revered, they tend to be the matinee idols of the business world. The masses applaud their independence, the brevity, as they appear to be happier, and more driven than the average working stiff.

This the American or any other economic dream, as most dream of business independence, and as a result, there are countless seminars, courses, and multitudes of books devoted to this pursuit.

Not Always Brilliant
What most don’t realize is that there’s a hidden agenda to becoming an entrepreneur that’s rarely discussed. The lifestyle, although glamorous looking from the outside in, sets one up to a host of issues.

The dark hidden secret among these entrepreneurs, some successful and especially the struggling, is the psychological head tax that they pay for this right and freedom.

The demands that small business ownership places on entrepreneurs pushes them to higher risks of mental along with health related issues. This the price to pay when attempting to balance one’s well-being.

The Feeling Of Isolation
The isolation that most entrepreneurs experience contributes towards an increase in anxiety. Most work extremely long hours, and there’s a thin division between work and leisure as the lines become crossed, this especially if it’s a home based business.

Time becomes extremely valuable when in the pursuit of making ends meet, which contributes to less exercise and relaxation, all which results in anxiety.

This can then blend into sadness to moodiness and then irritability. There can also be difficulties in sleeping, weight loss or gain, and other related medical symptoms.

What entrepreneurs are prone to do is mask these feelings by working yet longer hours, or they mistake these symptoms with just being stressed out, which causes everything to spiral.

What entrepreneurs do is risk their capital, reputation, and all their time in their pursuit, they go all in, dedicating their life into the business they’ve chosen, so they just can’t fail.

Even if the becomes successful, at times, the sacrifices which are made, this despite the fame and fortune, doesn’t protect them from personal health issues.

Issues With Self-Worth
What the majority of entrepreneurs will do is tie their self-worth directly to their net worth. When their business is doing well their self-esteem elevates.

Once they hit a rough patch and lose a bit of money or not reach their expectations, what they find is they struggling with their self identity, this because their business is their identity, that’s who they are.

Entrepreneurs believe that if they work hard, then they should succeed, as their ideas and processes are infallible. The statistics show however, that new business success remains extremely grim.

What they show is that less than 12% percent of all new businesses will survive over a decade, while tech startups are worse, as over 93% percent are likely to fail.

But because we live in a world that preaches statements such as “Failure isn’t an option,” any hint of not succeeding can have a dampening psychological effect.

Too Much Pressure
Entrepreneurs are constantly under enormous stress to make ends meet, and they face this pressure on a daily basis, especially when starting out.

The pressure of knowing that it’s up to them, the choices that they make, the business that they’ve chosen, closing that next deal, the feeling that they’ll run of out money before they will time, leads to incredible anxiety.

Entrepreneurs will often struggle to function properly because they’re constantly worried about the decisions they make. They find that their strong desire to succeed isn’t enough, as they’re always second guessing their actions, while ruminating on worst case scenarios.

Eventually, all of this strain, this constant anxiety can become immobilizing for most, which eventually leads to burnout.

Addictive Nature
Entrepreneurs are extremely passionate at what they do, perhaps to the point of obsession. This strong compulsive drive to constantly keep going, even when faced with health or relationship issues, is similar to having an addiction.

There are studies which show that what entrepreneurs displays are symptoms of behavioral addictions, such as compulsive obsession, withdrawal symptoms, and emotional distraught.

There’s a strong correlation that anyone who shows any type of addiction regardless of what it is, are also more than likely to adopt other behavioral addictions in other areas.

The Reality That Is Entrepreneurship
It becomes important to reconsider the romanticized notion of what being an entrepreneur is. That it’s the key to success and happiness in life. Although there are a lot of benefits being an entrepreneur, for some, the psychological toll it takes isn’t worth it.

The consequences are usually emotional difficulties which shouldn’t be viewed as a sign of weakness. It’s just a haphazard fact of being an entrepreneur, which most often lends itself to reduced resilience when to comes to certain health issues.

What’s recommended is taking a proactive approach to prevent these symptoms, and if you suspect that it’s taking a toll on you, then slow down before it’s too late.