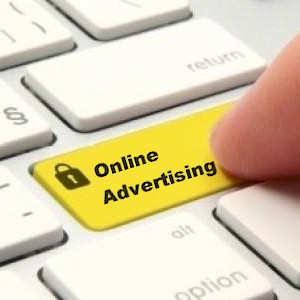 Ever since the Internet, the World Wide Web, the information superhighway came into our lives a couple of decades ago, what the various digital marketing companies involved in advertising have been attempting to do is to solve that illusive puzzle of gaining consumer trust.

They claim that they think they’ve solved how this new mass medium can create effective forms of engagement, by they presenting better precise marketing targets that are more focused, which should beat out the other traditional media sources such as TV and print.

What the initial phase of Internet marketing, call it Internet 1.0, presented us with was a completely new form of advertising, this based on digital technology.

Although consumers will generally respond to these online promotions, this similar to a direct mail blast, what digital advertising, such as those flashing and blinking banners, found was that they really weren’t all that effective, this especially when it came to brand awareness.

Internet 2.0
Thus the hatching of Internet 2.0, Social Media, placing the Internet back in the hands of the users, which promised to take brand marketing away from the the actual corporate advertisers, and placing it directly on the laps of the consumers.

But this virtual vision by the brand zealots attempting to promote their products, by allowing the consumers on mediums such as Facebook and Twitter, to dictate their brands, didn’t initially materialize that well.

More importantly, what doing so did was it completely ignored the need for the marketers to be able to control the message of their particular brand.

So more recently, what digital media is attempting to do is reinvent the online advertising model, this by merging brand messages seamlessly and directly into the information and content which the consumers want to view.

Say Hello To Branded Content
This based on a study which focuses on the integration of technology and marketing, which found that the data works best when integrated with the brands particular message, and fused directly into the content.

The study also revealed that the majority of online surfers will trust the brand or product recommendations which were made from their friends and family a lot more, while not trusting the messages which were directly from the companies or the brands themselves.

So since the majority of consumers continue to distrust direct brand advertising on the Internet, the advertisers should be incorporating their messages more passively into their online content such as blogs, this rather than the usual overt forms of advertising.

The Trust Factor Of Online Advertising
There are some marketers however, who claims that this research which finds consumers have higher levels of trust when it’s from someone they know, rather than from paid advertising such as banner ads, isn’t completely true.

First of all, this isn’t ground breaking news. It’s well known within the industry that the recommendations made by peers, your friends, will always have a higher trust factor then when coming from the advertisers.

The question isn’t how effective advertising versus word of mouth communication is, the question remains which of the advertising mediums are the most effective sources, this when it comes to consumer reaction.

The data suggests that the majority of consumers won’t generally trust anything that’s published online, and they have a lower trust threshold when it comes to digital advertising, especially when compared to the other forms of advertising.

Does Online Advertising Have A “Trust” Issue
All of these various reports suggests that the Internet continues to have trust issues. A recent study found that almost everyone, 97% percent of those surveyed actually distrusted the Internet, this when it came to a valid source of information. What’s also suggested is that for most consumers, their trust in online advertising is significantly worse.

So not much as changed. When the Internet first became mainstream, it’s perception was that it was a lot of rubbish, slanted misinformation which always favored and was thus manipulated towards the opinion of the publisher.

So what the most recent studies suggests is that based of this poor history which is online media credibility, the actual influence which it has on communication effectiveness is pretty much accurate.

This includes extending their trust along with other human based emotions and characteristics, such as honesty, integrity, and sincerity, and then translate these same attributes to all forms of media advertising.

There are other studies which demonstrates the influence which these various human characteristics has, this when it comes to consumer judgment. Advertising which appears in a distrusted medium is more than likely to be receive certain perceptions, such as doubt and skepticism.

Effective Online Media Advertising
How effective advertising begins is how much trust that the consumers has in their media of choice, this regardless of what it may be, including how it appears and is presented.

So the separation which exists when it comes to advertising and editorial content appears to be a key primary factor, this especially when attempting to gaining the readers trust.

When blurring the lines when it comes to advertising and content, what doing so does is it’s more that likely to increase the levels of reader distrust, which the consumers already has when it comes to online media.