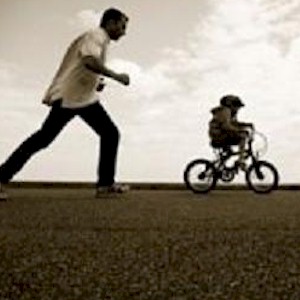 We’re never told this by our parents or our educators. We never hear this from our employers, and that’s we’re destined to fail, this by default, that we’ll usually fail before we can succeed. That the path to success is a narrow one, which is faulted with mistakes.

What everyone wants however is to become instantly successful. As a result, the self improvement industry has become one of the most lucrative in the world. They tell you to follow their plan to capture success. If you fail, you’re not trying hard enough, it’s your fault.

They should make this a mandatory lesson in grade school. That failure is the first thing you should expect. We all came into the world crying, which is a sign of failure in itself. We then develop a series of incoherent murmurs, this before we speak our first word.

It’s also the moment we get our greatest encouragement from our parents. “Look, Johnny said his first word.” What we do is fail thousand of times before we finally utter an intelligent sound.

Our First Failures
What we then do is struggle as we learn how to walk, as we constantly fall numerous times. Our parents encourages us by holding our hands up in the air, while dragging us across miles of carpet, this until we can finally take our first step.

What they will do is constantly prop us back up on our feet, while cheering us on enthusiastically, yelling, ”Come on Johnny, you can do it, you can walk!”

Then finally, eventually, our human instincts take over as we hobble along much like a drunken sailor, as our parents yell out “He’s done it. Johnny is finally walking!”

We Fail First
Everything that we do in life, there’s always a certain amount of failure that we should expect, this before we finally get it right. But failure is something that most can’t face or overcome. Children are much more resilient.

One of the biggest joys as a child is learning to ride a bike, the freedom it gives you. It can take weeks of struggle, hurt bloody bruised knees and wounded pride as we constantly fall, just not getting this balancing on two wheels concept right.

This becomes the biggest achievement of our young lives, where our dreams turn into the greatest of adventures. We learn to ride a bike, which can take us for thousands of miles of exploration, this until we reach our adult years.

Life Is Full Of Pitfalls
As we grow older and our challenges begin to mature, our conquests becomes bigger, as we need to grasp new ideals to advance.

By now, we’re conditioned to fail, as some become intimidated by it. This fear of failure is what halts many from reaching their potential in life, as there comes a time when they’ll stop trying altogether.

This because we’ve faced failure one too many times, and think we’ve reached our limit, that we can’t proceed any further. We don’t want to go beyond that last failure we’ve just encountered.

We then feel defeated, a loser, that we’re destined to fail and we expect it. Realize that failure is what we should be expecting first, this as it teaches us lessons before we can finally get it right.

The Sun Still Rises
What we then do is become scared, intimidated by constantly failing, thinking we’re no good because we always fail at everything we try, that we must be failures at life.

Then as we begin to grow older, and with every passing day, we can’t tolerate this constant rejection, as the fear of failure envelopes, and we begin to make more excuses than dreams.

That’s when life starts to turn and becomes cruel, as we begin to meet others like ourselves. Unsavory, troubled, in a bad mood, who’s beaten and demoralized by the big bad world.

What these individuals will then do is pound us down further into oblivion, confirming our poor station in life.

It Begins At Home
That’s why such a safe positive reinforcing home environment is critically important. Once the home itself becomes dysfunctional as it can, then the support system no longer exists.

In some cases, it’s our own short circuiting family, the narcissistic father or the submissive mother, who contributes and confirms our negative experiences. Then they become our biggest critics and antagonists, this instead of constructively encouraging us.

When we’re constantly told that we can’t do something, that we’re not smart enough, when the hugs, the affection, and the encouragement disappears, our world then turns dark and negative.

What To Expect
But cheer up, this because you now know what to expect. That once you set your sights on doing something new, that you can expect to fail first, and you shouldn’t become disappointed.

We were able to talk, walk, this with fierce determination, trying numerous times, constantly failing, until finally succeeding. We’ve all overcame the initial obstacles of life, we learned how to count, read, write, we failed until we finally got it right.

Don’t Stop Trying
What we once had was the will to overcome any failure, then we eventually stopped trying. We then allowed these failures to compound. We don’t know when or why, but these defeats became a way of life, filled with can’t do, or won’t do.

What we gain is experience by making mistakes, overcome poor judgment, then prevail. This is the natural progression of the success cycle.

So once you wake up today to battle the world, keep in mind that any type of failure is a stepping stone before you can eventually experience success. It always begins with setbacks, then with experience becomes successful.