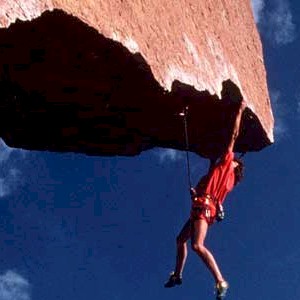 There’s growing evidence on what effect constant Internet access does to our brains. There’s actual evidence mounting that there’s increased brain function being used, especially in the older adults who go online.

Absolutely everything and anything can now be searched for, found, answered, or verified, just by doing a simple query on Google or referring to Wikipedia. But does the availability of the Internet really make us smarter or just lazier.

There was once a time when the only form of communication with the outside world was, a radio, a rotary dial telephone, printed media, and a television set. The only reference to factual information that we could access was a set of leather bound encyclopedias found at the local library.

Decades ago, there were rumors, murmurs of this thing called computers, and TV shows such as Star Trek proved so. There were even some visionaries who thought that a personal computer would eventually be in every home, on every office desk, ridiculous right? Who were these guys named Bill Gates and Steve Jobs.

The Internet Is God
Google knows everything. Google provides you with data of information which gives you the confidence to become experts in any subject you want, and you know it’s the truth as well. The Internet reveals all, it has all the answers, anything that you ever need to know.

Students in school can now educate themselves, becoming experts in any subject that they want with a simple search. The confidence in the statement of beliefs now overrides any doubt.

These students carry their smartphones or IPad tablets everywhere they go, which includes the bathroom and the dinner table. If you need to know the exact meaning of a particular word, you then just proceed to check it on your smartphone. Any argument or debate regarding facts is now win or lost in an instant.

The Technology Is Becoming Overwhelming
So there you sit, eating breakfast and know exactly how many calories or what type of vitamins that a glass of orange juice or a bagel with strawberry jam has.

You chat or text regarding all of the instant breaking news, electronically. You begin to realize that every conversation you now have is completely accurate, and not conjecture, guesswork, exaggeration or blatant lies.

Our exchanges now lack that “what if” scenarios of brain wanderlust which once bonded individuals on the common adventure of unknown imagination. We always end up being “right,” but not there. We now just exchange facts, without debate, and no longer listen.

No Internet For You Today
So the biggest challenge to your sanity in this hi-tech world is to go completely unplugged for an entire day, or a few days. That’s a dare. Your grandparents still most likely go without the Internet everyday.

They’re still frozen in time in a world of just watching TV, or using a telephone that’s connected to a wall at home. To them, the Internet and the mobile phone is something those damn kids use. They have no idea.

The Internet has now reached disease proportions. It now affects every living thing on this earth in some fashion. How did this planet ever survive without it. What was it really like back in 1977?

So dare to take a complete day, or an entire weekend without the Internet or a mobile phone. Decide to go camping, hiking, extreme mountain climbing, anything to get completely away from modern technology.

Go completely unplug yourself. You can then actually reconnect and reignite lost friendships, see the beauty of nature, this because our fast pace lives are stretched much too thin.

Enjoy the long quiet spans of complete silence on that journey which forces you to ask each other what you normally wouldn’t have the courage to ask. That’s how life was once like. You wondered more than you knew. There were more questions than answers. You were kept in the dark and were vulnerable.

Getting Plugged Backed In
But once you return to modern day technology, the instant that you’re plugged backed in and sitting at your desk, you can’t resist but Googling how many miles you traveled, what the exact latitude and longitude of your camp site was, and you write a scathing poor review of that diner you ate at on your road trip.

But somehow, you realize the fact that you didn’t mind or regret leaving your iPhone at home while out on your tech free weekend.

Being right about everything in our lives and our culture will at times outweigh the importance of being present, or at the least being tolerant. Being human, our deviations of being correct at the times at least writes a great fiction which is closer to the truth, than real facts can ever hope to be conveyed.

Does this mean you should go unplugged for an entire week? There’s no hope in heck for that. We’re all electronic geeks and junkies, so there’s absolutely no possible way to throw out all the electronic toys just because of this new found revelation.

But for your next meal, try stepping away and leave your smartphone in the other room. You will somehow survive.

Life Without The Internet
There were extreme challenges that were once faced without the help of Google. Not knowing that oncoming snowstorm, getting lost in the woods, misinterpreted a map, or having to stop at a gas station for directions. There were other issues which stumped us, such as how many calories were in that salad dressing, or a cure for that aching back.

What we did back then was just we guessed, adjusted ourselves, we were most likely wrong, but then we just corrected the mistake. The brain felt tested, but alive just the same. So the debate is, are our brains smarter because of the Internet or just lazier.