Why Start Up Funding Gets Turned Down By Venture Capitalists 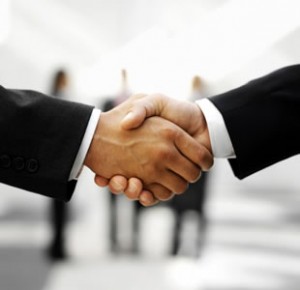 This since Venture Capital funding appears to be on the rise once again in the tech sector. Just a short decade ago, hi-tech venture capitalists, primarily focusing on Silicon Valley, were wildly throwing out and around capital for any viable computer or technology related idea. Now, fast forward to modern day, the funding still exists, but these investors are refined to the point where they can immediately spot whether they have a winner or not.

There are still hundreds upon hundreds of business plans, proposals, and ideas every month that these VC’s listen to and are willing to potentially invest millions in. During each of these meetings, the entrepreneurs are usually afforded about one hour to make their best “pitch.”

It’s also believed that these Venture Capitalist veterans are able to determine within the first five or so minutes if they have a winner that they could investigate further, or if it’s a complete dud. They can determine if the remaining 55 minutes is a complete waste of their time.

These VC’s of all sizes and backgrounds, especially the ones who invests in just 3 to 5 start ups a year, all do their due diligence and pick the cream of the crop, the companies and their ideas who are on the cusp, and ahead of the curve.

These entrepreneurs who require the start up capital are usually researched intently by the Venture Capitalist, because, either:

• The technology or the idea is unique and interesting to them
• They’re recommended directly by contacts that they trust, or
• They’re directly approached and sought out by the entrepreneurs themselves

The First Few Minutes To Fame
But within the first five or so minutes of the VC’s meeting with the entrepreneur and their spiel, they instantly know if the rest of the hour is a complete waste of time or not. If they like the presentation and the idea, then they may reserve spending the entire day with them investigating the proposal.

So you feel you may have the next great billion dollar technology start up, and you just may, it’s crucial when making your presentation that you get your point across in the first few minutes. If you stutter or stall, then you’ll get thrown out on your butt regardless of how promising your idea is. So it’s life or death in the first 300 seconds to make the best impression.

Why Venture Capitalists Will Reject You

The Business Idea Just Isn’t Big Enough
You need to make it completely worthwhile and big enough for your idea to be venture capital worthy. The start up plan needs to have the potential of becoming a market or industry leader in a billion dollar marketplace.

So what you need to do is immediately convince “Mr VC Wonderful,” that your idea, with the injection of their capital, could potentially become that next big thing. It’s also recommended that you seek out other sources of funding as well from other various funding sources, this to create a competition scenario.

So if your great tech idea has no chance of becoming ground breaking big, then don’t waste their hour, or yours.

Immediately And Precisely Communicate Your Idea
The majority of these venture capitalists are veterans in the technology field, with decades of combined experience, and most likely heard it all. They know their stuff inside out. So if you’re not able to clearly, precisely, and instantly get your message across on what your doing, they’ll instantly activated the “Turn Off” switch.

So make sure that once you get there, that once in a lifetime meeting with a potential investor, that you have a clean and crisp market tested and proven strategy on what your idea is, and how their funding can propel the plan forward.

You’re Asking For Too Much Capital The Valuation Is Too High
You as the entrepreneur seeking capital needs to take a rigorous approach when analyzing the potential market which you’re selling to. This before you ask for that $8 million investment.

You should be able to precisely demonstrate that the market for your idea exists, and is big enough, so the plan can eventually generate a return back to the investor.

So it’s vital that you do your homework, otherwise expect a “No.” Make sure that your new proposed venture targets a huge widespread market, and you have enough market data to support it.

Good Leadership Skills
One of the key factors of a winning plan being capitalized is its leadership team, presumably you, if your the presenter and the proprietor. What these VC’s are looking for are CEOs who has the ability to be able to attract as well as motivate a good support team.

If your venture presentation is weak in this area, then your leadership abilities are immediately put into question, along with your judgment skills. If you fail in this area, then the rest of your pitch is placed in jeopardy regardless if the idea has traction.

So if you’re not completely confident, or you’re not capable of hiring an effective support team to follow you, incapable of motivating them to perform, then hire a CEO who can, and do so before meeting the VC.

You Need To Have A Track Record Of Past Success
The majority of venture capitalists are placing their faith in you, the individual, the entrepreneur. They place heavy weight in determining the potential of you becoming a good CEO to lead the start up company they’re about to invest in.

But before that’s even considered, the VC will look at your past track record of personal and professional success. If you happen to come a little short in this area, had a few failures, have never had a big win, that’s all taken into consideration. The VC may lose interest in you before you even present your idea.

So make sure that you display your competitiveness and your passion for winning, and show off all of your accomplishments and trophies. After all, they’re still investing in you as an individual, first, and your great plan second. So if they don’t view you as a good candidate for them to invest in, then you won’t get funded.

Take The Charisma Challenge How Charismatic Of A Person Are You

5 Natural Foods That Will Make You Fall Asleep Sooner