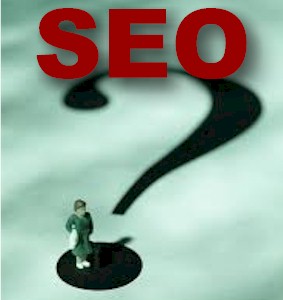 Performing SEO to attract the major search engines resulting in targeted traffic to your site can be a thankless task, this since attempting to do so is a forever moving target where your site rankings can disappear overnight.

What you did last week, or last month can be completely irrelevant and become outdated tomorrow. So for those who make and earn their livelihood on the Internet, this can be an all too familiar and repetitive process.

The online world, when it comes to search engine optimization can be a cut throat, stab you in the back occupation where misinformation and misrepresentation is abound. This condition is exponentially compounded by the ever changing dynamic algorithm pattern changes which are applied by the search engines, notably Google and Bing, as they attempt to keep up with the rapidly evolving online landscape.

There are also certain processes that you think you know when it comes to search engine optimization, only to have them suddenly squeezed out and exposed. Whatever worked for you in the past, suddenly turns into a myth.

So listed are some SEO tactics which may or may no longer work in actual practice.

Does Google PR PageRank Still Matter
Google and their PageRank is a sliding scale based from 1 to 10, which is an assigned ranking system that reveals the overall authority of a site. The higher the number, the higher in importance that particular site is to Google.

In the past, this held significant weight, and the PR “number” commanded the attention of all SEO experts and visitors alike.

But Google, recently, because of their ever tweaking and twisting algorithm has evolved to the point of scaling it to a single indicator. PageRank still does exist and still matters, as a higher PageRank number still trumps over a lower one, provided all things being equal.

But there are now also other considerations and factors, such as having superior and unique content on a site, which has significant weight as well.

For instance, if your site is based on a local Italian Restaurant that you own, it’s now better to have links from an authority site which reviews restaurants, that has a PageRank of 3, then having a “paid” link from an unrelated site, even if it has a PR ranking of 6.

Does Proper Metatag Descriptions Still Rank Your Site Better
No according to some. These experts claim that metatags aren’t even indexed by Google or Bing like they were in the past.

But that doesn’t mean you should ignore them. Metatags are the text that’s displayed with your link which appears in the search results. The more compelling that the description is, the more it should attract searchers to click on your site instead of another one.

Your Site Needs To Be Submitted To All The Major SE
This perhaps a decade ago, as doing so was vital and priority number one. But recently, it doesn’t appear to be that important. If there’s any type of connection from a site on the Web which links back to your site, then your website will automatically be discovered by Google and Bing.

But know that being indexed in the search engine is a far cry from getting a high ranking on the first page for your keyword selection, but it’s a start.

Are Domain Names Which Are Keyword Rich Are Still Important
In the past, search engines, especially Google appeared to place an emphasis and weight on keywords which were in the domain name. For instance, hardwoodflooring.com would undoubtedly be ranked first in the natural search results for someone searching for “hardwood flooring.”

But according to some experts, they claim it’s no longer that relevant. It’s more based on if hardwoodflooring.com is in fact more authoritative on the topic that the other similar related domains. If it is, then it should most likely be ranked first, this not because of the domain name itself.

The More Backlinks The Better… Right?
Not quite true any longer. This based on Google’s recent algorithm update, they claim that they’ve made it a priority to have quality content be significantly more important than quantity.

Gone are those sites which had 1000’s of poor bad links pointing to a site, which drove it up in the rankings. These links also appeared extremely “spammy” to begin with, and are now getting your site penalized as well.

Backlinks, however, are still important, so focus on obtaining authoritative links from sites which are relevant to your niche, industry, product, service, or concern. Make sure that you also have those links supported by relevant content on your site as well.

An informative blog review about your product which links directly back to your site is a lot more valuable than an irrelevant link which is located somewhere in the footer or the sidebar of an unrelated site, even if it has higher rank.

Does “Tricking” The Search Engines Even Work
Obviously not recommended at all. But there’s still an abundance of those who practice SEO tactics which would be considered “greyhat” techniques. Some will temporarily get good ranking results, but attempting to trick the search engines isn’t a lasting proposition.

Effective SEO which works long term is about creating content rich relevant and informative dynamic websites which offers excellent user experience that they’re willing to share and interact with.

The most natural way of getting links is by they voluntarily distributing your content to others, which in turn drives organic links and traffic back to your site.

This is ultimately what Google is looking for, and will reward you with higher natural rankings. It has nothing to do with attempting to deceive the SE’s since “big brother” always knows and sees all.