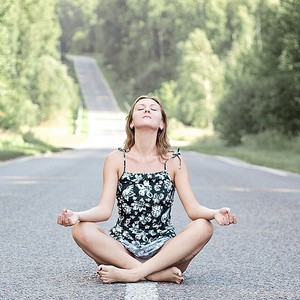 There’s a notable gap between someone who acts tough and actually has the capacity and the backbone to be mentally strong. These individuals are rampant in our lives, such as that demanding partner, or an overbearing aggressive boss.

All that they’re doing is putting up a false front, attempting to mask their lack of confidence, covering up for their deficiencies or poor mental ability, this by pretending to be tough.

What this tough act does is it temporarily meets or solves their short-term needs, but will eventually expose itself. Genuine mental strength becomes necessary when it comes to gaining true contentment in life.

Those who become successful, those who fight beyond their means or disadvantages, proving that they’re mentally tough, didn’t rise to the top of their conquest because they were just acting tough.

What they did was they became better, began to succeed in life by growing mentally stronger. Becoming a top performer in anything, whether it be in business or athletics, requires tenacity, sweat, drive, and grit, a constant desire to become better than they currently are.

They Believe Failure Isn’t An Option
The quest, the striving for success is and should be a healthy progression. What the strong understands is that attempting to succeed the very first time that they try something, usually doesn’t work or backfires.

Those who are mentally tough know that expecting and experiencing failure is an integral part of the process, this when it comes to the journey towards success. The inroads, the dips, the stops and starts can prove constant, and they refuse to be defeated.

Since they view failure as an expected and temporary setback, what they’ll do is recalibrate their plan, and then come back even stronger, this by moving forward with determination.

Tough Self Portrayals Masks Insecurity
Attempting to act tough, this by developing a false attitude and persona which screams, “Hey, look and me and how great I am,” does is it reveals how phoney they really are. Most often, what that tough exterior does is hides their self-doubt, self-esteem, and a lack of confidence.

What mentally tough people tend to do is invest more of their time and energy into working on their weaknesses, this rather than attempting to cover them up with a fake front.

Tough People Believe
Their belief is they can conquer anything they set their mind to, this within reason. They know overestimating what their abilities are, will leave them ill-prepared, this when it comes to the realities of tackling a challenge.

Similarly, not properly estimating the time or the energy that’s needed to reach these goals, can lead to disappointment. What being mentally strong focuses on is recognizing one’s shortcomings, and then acknowledging the hard work that’s needed to overcome them.

Acting Tough Is All Ego Driven
Those who are wanting to be perceived as being tough, have something that they want to prove to others. Their self-worth depends on appearances, strictly on how others see or think of them.

Conversely, those who are mentally tough will humbly attempt to grow stronger, this based on a personal drive to become better, this for themselves and not to impress others.

Strong people are also not afraid to ask others for help when needed, realizing they don’t need to be, or are completely self-reliant. They’re not concerned about proving anything to anyone, other than themselves.

Tough People Manage Their Emotions
While concealing emotions in the short-term may be helpful when it comes to certain occupations, such as in law or the medical professions, it’s found that ignoring ones emotions isn’t that healthy long-term.

Eventually, what suppressed emotions does is they’ll seep out of the human mind, and will rear it’s ugly head in the most inopportune times, this in the form of frustration or anger.

What those who are strong and successful has demonstrated is an awareness and a command on how certain feelings can influence their thoughts, and how they behave.

What ongoing conscious awareness and monitoring of one’s emotional state does is it helps those who are mentally strong, to be in control of their emotions, this so they’re not controlled by them.

Power Thrives Tough People
Those who come across as acting tough wants to be perceived as being in control of themselves. So as a result, what they do is micromanage or boss others around, often making unreasonable demands.

Those who are mentally tough will instead focus their energy on being in control of their own behavior, their thoughts and feelings, this rather than always attempting to control all of their external circumstances.

Tough People Can Tolerate Pain
Those who are tough are able to tolerate emotional pain and at times suffering. They just don’t handle this pain efficiently, but they also expect to learn, develop, and flourish from them.

What they do is focus on personal growth, getting better at all times with meaningful development, this instead of treating their body and mind like an object.

Getting Mentally Tough
There’s a distinction, a divide between those who act tough mentally but aren’t, and those who genuinely have a strong mind. These differences can fortunately be learned and then applied.

Similar to someone with brute physical strength, what it requires is constant training. What mental strength needs is regular exercise between the ears, which helps in improving and growing stronger.