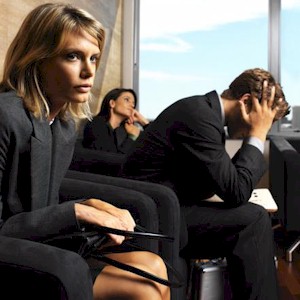 Job interviews are like blind dates, so it’s natural to feel a bit nervous. The key is to minimize the jitters by preparing for it. It begins with mapping out where they’re physically located, this so you’ll arrive on time, while also researching the company on the Internet.

You need to be ready since you have no idea what’s going to be asked of you, so preparation is the key, which will display your ease and confidence. You can best prepare and be ready by knowing and expecting the most common questions from the interview discovery process.

Since everything is now disclosed online, look at the company website and study their history, mission statement, the about us page, the products or services they offer.

Even if you most likely won’t be quizzed on how the company was formed specifically, it will give you further insight into how it operates, this along with their philosophy.

Do Your Diligence
Knowing these factors of past history will influence how you answer your questions. If it’s apparent that they place high value on team players, then you should be brainstorming situations which displays this trait.

To set an impression on the interviewer, prove that you’ve taken the time to research this information. What it shows is commitment to details, along with genuine interest in the company.

Another way to prepare is role playing a set of interview questions, doing a practice run with a friend or family member. Have them ask you questions while answering them as if you were at the actual interview, this by not breaking character during the process.

A Weak Handshake
Most professional recruiters without fail mention this. Although it appears like a formality, a trivial and commonality issue, a weak limp awkward cold handshake sets off a poor subconscious reaction.

What it does is drives home the point that every detail is important, that first impressions really do count, and thus becomes vitally important.

Most interviewers will make up their mind if a candidate deserves a second interview, this early in the interview process, so begin with a confident handshake.

Inappropriate Appearance
This because dressing appropriately plays a major role in the first impressions process. So regardless of what the job being applied for is, look as professional as possible by dressing well.

What interviewers tend to do is stereotype, so will note that a sloppy appearance equates to a sloppy person who does sloppy work.

Displaying Your Attention
Show interest by being attentive to the interviewer, this by making appropriate eye contact without glaring or flickering. Avoid yawning or constantly fidgeting or looking disinterested and nervous.

These are minor behaviors which are expected and shouldn’t matter, this especially if you’re qualified for the job, but realize that interviewers can easily be swayed by a lack of interest, or by being overly arrogant.

The Responses Are Too Brief
What research shows is that during the initial job interview, giving brief answers is the the single most common behavior that stands out and considered negative. So avoid giving one word answers to questions which obviously needs a longer reply.

A common question such as, “How did you like your last job?” If you reply with a blunt “fine” or “good” or “It sucked,” that’s not the reply they were looking for.

Instead, use the opportunity to fully and concisely answer these open ended questions, this to show that you’re completely engaged, detailed, and a motivated employee who’s conscientious.

Know The Job Position
Know the exact details on the position that you’re applying for, while also doing research on the job’s relevance within the company, and do so beforehand, this so you’ll be as prepared as possible.

What interviewers will commonly ask is why you’re interested in the particular role, or working for their company. So get ready by demonstrating and describing why you’ll be a good fit, and the only suitable candidate for the job.

Don’t Talk Too Much
This polar to not talking enough, and that’s offering too much information. What raises a “red-flag” is rambling on and on. It’s found best to be laser focused and getting to the point with your reply.

It’s okay to pause occasionally to collect your thoughts, this before giving a direct and candid concise answer, but never answer by overstating. What this displays is you like to gossip, along with exposing other undesirable behavioral issues.

Never Complain About Your Previous Job
The interviewer will always ask about past positions along with why you left. Never complain or demean a past employer or coworker. Instead, say that the organization was disorganized, or that the job wasn’t challenging enough.

Turn it into a positive statement such as why you’re the most suitable candidate, and exclaim the point that the previous company is past history. Tell them you’re looking for a position that’s more challenging, and matches your skill-sets better.

The “Fatal” Statements
What research reveals is that there are a certain number of “taboo” responses which will instantly place your application in the shredder, an immediate “thumbs-down” decision.

Such fatal statements can include speaking in absolute derogatory terms regarding your previous employment, swearing, references to illegal or unethical behavior, getting fired, or showing up noticeably late for the interview.

Giving Adverse Information
Similar to fatal statements, any type of pessimistic remark is given more weight than positive ones. So focus on your virtues and strengths, this by exposing your good points.

Show proper etiquette, as it’s important to be courteous while appear grateful for the interview opportunity. Always say “Thank you,” and make sure that you always follow up with a brief appreciation email as well.