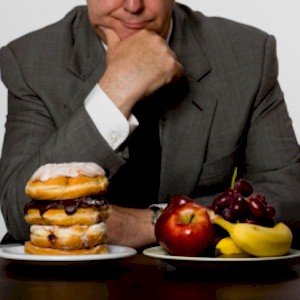 Any habit we have is for comfort sake, so we continue to keep them while they become difficult to rid of. That’s why you decide to have that chocolate bar or soda every morning at 10AM, just because you’ve always done so, even though you know it’s bad for you.

Or what you do is routinely stay up too late, surfing social media, even though you need that requisite sleep, and have to wake up early. We all do this despite not really wanting to or that it’s wrong, thinking it’ll be too uncomfortable to break that habit.

So before you decide to break any habit, what needs to be understood is the core reason and motivation why you have a particular habit, while realizing the purpose that it serves.

Once you begin to decode what that is, then you can plan and make strategic changes, this to replace the bad habit you’re attempting to rid of, under the condition that you need to replace it with a more favorable one.

Knowing The Trigger
You may think that your habit is simply drinking 3 cans of soda a day. Drinking them, is just the end result of the habit, which means that there’s something that triggers it. This could be a thought or a feeling, which happened prior to you drinking so much soda.

What you need is to establish the exact event which preceded the habit. Was it looking at the clock and realizing it’s 10AM, or do you have a meeting with your boss every morning at 9AM, and he stresses you out to the point you react this way.

So first understand what provokes it, whether it’s internal such as a feeling or a thought, or something external like a certain time of day, or if it’s the presence of others which alters your reaction or interpretation.

Understanding What The Consequences Are
What we’ll often do is mistake the behavior with the potential consequences, such as boredom. While boredom may of triggered the behavior, what was the consequence of the behavior, how did you feel after eating that chocolate bar.

On some level, to link the reason and the behavior together, the consequence needs to be rewarding. Then you’re wondering, if eating the chocolate bar makes you feel guilty, then why do you continue to do so.

It’s usually because the behavior leads to a short-term fix, just enough so you’ll continue to do it again in the future, this in the hopes that it’ll last longer next time.

Know What The Motivation Is
What you can then do is challenge the connection separately, this to break the habit and make it permanent. Begin with the precedent. If you’re feeling stress which leads to that chocolate bar, which makes you feel better briefly, then assess your reaction.

Ask yourself why you felt stressed out. What’s the alternative, what would make you less stressed. How can you alter your perspective on the situation, so you won’t feel so stressed the next time.

Understanding The Behavior
Now that you’ve altered your motivation, what you need is to find a new behavior to replace it. It’s extremely difficult to just stop a habit outright, as it’s more effective to just replace the unwanted behavior with a better one.

So decide on a substitute behavior beforehand, one that you can implement, which gives you the strength to prevent you from wavering back to the original habit.

This could be walking past the vending machine without buying anything, but you still may be tempted and at a risk of falling back to the previous behavior. Instead, plan on eating an apple every time you walk by the vending machine, incorporating the new behavior.

Realizing The Consequences
Once you change the behavior, know what the original consequence was, how it felt, what kind of reward that you felt from it, this to help in reinforcing your reaction to the new trigger.

So if you’re walking by the soda machine and you don’t like it’s replacement which is drinking bottled water, then realize how realistic it is that you’ll continue this new behavior.

If this new behavior is going to result in a consequence that’s undesirable, then you need to either change the behavior or the consequence. So if drinking water makes you feel grumpy, then replace that with something just as healthy.

Another way is saving the dollar every time that you eat an apple, this instead of buying the chocolate bar from the vending machine, and then buy something you like later.

Changing Your Bad Health Habits
Once you appreciate how the core motivation trigger affects your behavior, and realize its consequences, then you’re better able to see your bad habits in predictable patterns, and not something you can’t control.

Stepping back and taking the time to reflect on why you react the way you do, becomes important when making long-term changes. If you’re struggling to identify the triggers and its consequences of the behavior, then note them down.

It’s realized that any change can be difficult, especially ridding of long established ones. Addressing the issue entirety, from its trigger, replacement, and consequences, helps in making the changes more sustainable.

What doing so will help you in giving up the bad habits that you’ve been long wanting to. Make sure that you stick with the process, and you should be able to change your bad habits and replace them with better ones.