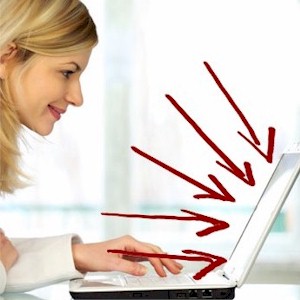 There’s some debate on how effective Facebook advertising really is. One issue being the suggestion of the number of potentially fake accounts which can water down ROI, which increases ad costs. As a result, some advertisers may be getting a little disillusioned with the overall value of Facebook advertising.

Other than placing ads on Facebook, the only other option is generating massive Likes on their Fanpages or Groups, and then hoping that persistent posting and organic sharing of their content would generate clicks back to their site.

What some are claiming is that Facebook appears to be deterring the organic reach of their Fanpage posts, this in the hopes that doing so would increase the effectiveness of their biggest source of revenue, Facebook ads.

Who Really Sees Your Ads
There are now more business and consumers who are sharing more content pages than ever before, this to the point where it becomes difficult for any single post to gain any type of exposure in the news feeds.

There’s also the issue of the number of pages which are “Liked” which is growing exponentially, which as a result creates additional competition to get their ads seen by their targeted users.

On average, it’s thought that just 6% percent or so of anyone following a particular brand that they’ve liked, actually sees their post or ad on their news feeds, which is continuously on the decline.

It’s believed that there were anywhere between 10% to 16% percent of these same posts and ads which were seen just a couple of years ago, this according to several news feed optimization tracking services.

Content Selection Overdose
There’s now too much content which is available and far less time for users to see them. What Facebook claims is that they attempt to curate the news feeds tailored to the users expressed interests.

For instance, it’s thought that a typical Facebook user has close to 2,000 posts at any time which could potentially appear on the top of their news feed, this every time they log on.

What Facebook selects to display is approximately 30 posts, at random, this based on a variety of algorithm factors which are relative to each individual user.

What they also recently did was they adjusted their algorithm to deter what’s known as “Like-baiting,” where marketers would asked the users to Like, share, or comment on their posts.

They’ve also cracked down on content that isn’t original or is excessively shared, along with featured links which they thought were too spammy.

News Feeds Tailored For Ads?
What some have suggested is that the recent tweaks in the news feeds favors the paid ads, such as those who participates in Facebook’s “Promoted Posts,” for instance, which are shown at the top of the news feeds, a practice which Facebook denies.

What they claim is that they deliver the best possible experience for their users, along with the content and ads which also benefits the brands, marketers, and businesses who happens to advertise.

If there are users who are more engaged and active with certain stories which appears in their news feeds, that they’re also more than likely to be engaged with similar content such as supported ads which are provided by the advertisers.

Similar to any other marketing platforms such as magazine ads or TV, it’s far more effective for businesses to use paid ads on Facebook to get quicker results, this to reach their target market faster.

Also, similar to ads which on appear on the first page of search engines, what the paid ads on Facebook allows is for businesses and brands to reach audiences with greater accuracy, than using generic Fanpage content.

Better Results With Retargeting
What Facebook also has is an extremely powerful tool which most neglect, as they have now integrated a few features that makes retargeting ads easier than ever.

Retargeting is reaching those potential customers who visited your site in the recent past. Retargeting is able to track them, and then re-show the same ads to them again. These are the visitors who has expressed some type of interest on your site or product, or took some type of action.

What retargeting allows is for you to display these same or similar ads of your site, product, or service, at various stages of user engagement, to the same individuals over and over again.

You can do so by placing Facebook’s retargeting pixel on your site to make this happen. What the pixel does is it “cookies” every visitor who’s visited your site, then follows them on Facebook, and then displays your ads repeatedly.

Retargeting On Facebook
How you can retarget these visitors back to your site is by using “Custom Audiences” on Facebook. For instance, you could create a Custom Audience which consists of those who clicked on a link, but took no action.

You can retarget those who may have come to your site but didn’t purchase anything, or target someone who’s bought from you, and then offer these same existing buyers more products.

The main purpose of using retargeting is to increase conversions, as it’s known that any potential customer needs to be exposed at least 7 or more times to your ad before they decide to take action, such as buying your product.

Retargeting through Facebook offers an opportunity to get the precise targeted results that you want, and you can get it right the first time, while significantly lowering your ad costs.