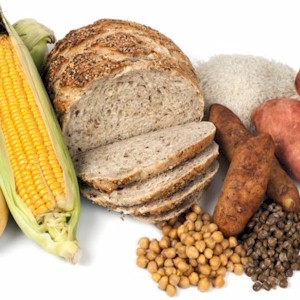 The brain like any other muscle in the body needs particular nutrients to function and grow. What the brain in particular needs are more of the “good” fats and less carbs, which isn’t a popular combination, this especially if one is currently dieting.

The theory is that certain carbs such as brown rice, quinoa, pure whole grain bread, the most common products of a healthy diet, can potentially promote disorders such as chronic headaches, Alzheimer’s, dementia, this with continuous consumption.

Once these carbohydrates are reduced from the diet, the inflammation reduces, which is the key issue which damages the brain. What increasing saturated fats and HDL cholesterol does is insulates it.

Good cholesterol also promotes the growth of new brain cells known as neurogenesis, along with promoting better communication between the neurons, this to the degree which correlates to increased robust cognitive prowess.

The Effects Of Consuming Carbohydrates
What’s elevated are the blood sugar levels in the short and long term, which persistently challenges the pancreas when consuming carbs.

What it does is secretes insulin to deal with the injection of these dietary carbs, which leads to insulin resistance, a condition that’s associated with increasing the risk of dementia.

What compounds this is that this insulin resistance is also a precursor to Type 2 diabetes, a condition that’s associated with the acceleration of the risk of Alzheimer’s.

A recent study showed that those who favored carbohydrates in their diets, had an extremely high risk of developing memory issues, than those who chose a diet containing mostly good fats.

The Trouble With Complex Carbs
A diet composing of complex carbs is thought to represent more of a significant threat than does simple sugar, this because they not only elevate blood sugar, but will also keep it elevated for longer periods of time.

The higher the glycemic index is in the foods which are consumed, the more damaging it’s found, which results in elevated blood sugar. Whole grain bread for instance, has a higher glycemic index than does common table sugar.

What high glycemic index foods leads to is the elevation of fasting blood sugars. What’s found with this condition, even if it’s considered normal by dietitians, is the development of dementia.

A Diet For Better Brain Health
For those beginning to experience deteriorating brain function issues, studies have found that both saturated fat along with cholesterol, may be imperative for bettering brain health.

Under clinical testing applications, it was discovered that those consuming saturated fat experienced a 35% percent reduction, this when it came to the risk of developing brain memory difficulties.

The consumption of this fat in the diet is considered a fundamental building block for increasing brain cell connection. It’s also found and not surprising that one of the richest sources of saturated fat, is human breast milk.

A Better Diet Solution
Similarly, the consumption of cholesterol is also vital for a better functioning brain, as what it does is acts as a protective antioxidant.

It’s the raw material on how the body is able to manufacture vitamin D, a well know fundamental source which preserves brain function. Cholesterol is also the activator to estrogen and testosterone, the sex hormones.

Although the brain only constitutes around 3% percent of our overall body weight, up to 25% percent of the body’s cholesterol is absorbed and located in the brain region.

This is why health practitioners may warn that certain cholesterol lowering medication can potentially result in memory decline, along with other cognitive issues. It’s no surprise that the elderly with higher HDL (Good) Cholesterol levels, had a lower risk of dementia.

Choosing Carbs Carefully
For optimal functionality, what the brain relies on is glucose as its principal source for fuel to function. The brain can’t store any of this glucose however, so it needs a fresh supply on a daily basis for peak performance.

Glucose is classified as a simple sugar, which is most conveniently derived and easily broken down by the carbs. Complex carbs are the body’s primary source of energy, this especially for the organs and nervous system.

The healthier the carbohydrates are that you supply your body, the better it’s able to stabilize blood sugar levels, while elevating better overall functionality.

What these sugars do is causes the blood sugar to spike rapidly, this followed by the all too familiar sugar crash, which can leave you feeling completely depleted.

The problem when it comes to all these simple sugars is that they’re void, as they contain no nutritional value, while containing too much belly fat producing calories which lingers. Simple naturally occurring sugars, can be found in more nutritious foods.

The Complex Carbs
Complex carbohydrates are basically a string of simple sugars which are linked together, and are commonly found in foods such as rice, grains, pasta, breads, legumes, vegetables, nuts, and seeds.

Whole grain pastas and breads, along with nutrient dense fruits and vegetables are the most common sources when it comes to complex carbs, which stabilizes blood sugar levels along with elevating energy.

A diet that’s rich in complex carbohydrates is now up for debate however, this when it comes to better brain health. What’s known for certain is that HDL cholesterol and saturated fats are recommended.

Reasons Why Retail Is Shifting Towards Contextual Commerce