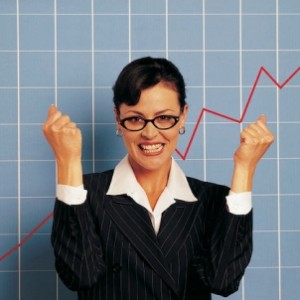 You would think that Entrepreneurs and small business owners are one of the same. Aren’t they cut from the same pattern, the need for self independence while displaying leadership skills.

Experts are realizing, however, that the majority of small business owners are not able to truly identify and transform their actions, much like entrepreneurs are able to do.

This because the majority of the individuals who began their small businesses, pretty much remain stagnant in progression from where they originally began, and haven’t improved or expanded at all. This as if they were just creating independent jobs for themselves, which is noble, but that isn’t the genuine trait of being an entrepreneur. What these small business owners are rather classified as is, “Workers or self employee’s who are in an entrepreneurial rut.”

It’s estimated that close to 75% percent of all small businesses are currently sole proprietorships, which means that the owners are self or solely employed. What they’ve done is created a job for themselves, which is an admirable feat, and there’s nothing wrong with that.

What they haven’t learned, however, is how to advance and move forward beyond just creating a small business or job for themselves. What this means is that if they stepped away from their business tomorrow, or got hit by a bus, their business would collapse and immediately stop generating income.

Why Being Self Employed Isn’t True Entrepreneurship
So this is not about tearing down or discrediting small business owners, as they’re an important and vital cog in the economic cycle.

But the problem is, if you can call it a problem, is how little informed that the majority of these small business owners are about understanding the proprietorship process.

They do not or cannot grasp the progression of the mindset of the entrepreneur, which involves:

For those who consider themselves successful in their small business, they still appear to completely miss these points. Entrepreneurship isn’t about information storage, but rather having a perspective and an implementation mindset.

The Mindset Of An Entrepreneur
To transform towards a better focused entrepreneurial perspective, small business owners need to rebuild from the ground up. Regardless of how long they’ve been successfully operating their business, with profit, it’s important to adopt a completely new perspective.

So when starting up a new company, it’s recommended that you think of it like you’re writing a novel. What would that book, which is a business plan state. What’s the information that you as the author need to impart to the reader, that would transform how they think about their lives, their successes, and their future.

The Point And Purpose Of The Small Business
The business itself is usually it’s product. You as the proprietor dictates what product you sell, what it does to generate income, what steps you take to realize profit, how your employees react, and how you help them grow.

Restaurants which grow into nationwide chains are excellent examples of a venture that’s entrepreneurial. At one time, the founder of the restaurant chain most likely started with one small diner, but he had a “mission statement” and the vision to expand, economically, by transferring the original brand throughout the nation, this as a part of everything they do.

Although the “cause” may not be the primary purpose, but it becomes a necessity. This because necessities don’t have to be stressed on a daily basis, but a cause needs to be.

So as these entrepreneurs work on building their businesses and brands, they also visualize beyond just the day-to-day reality of the nuances of growing that business. As an entrepreneur, they rise above and beyond the “activity” of doing so.

What this involves is asking themselves meaningful questions regarding their role locally, and how they view the entire world as their community. They think on how they can effectively institutionalize their newly found perspective, and then build them into the “genes” of the company.

This way, it lives and begins to generate a life of its own, it speaks as well as demonstrates during each and every action that the company takes.

Entrepreneurs And Their Scripts
So what this means is that every one of these entrepreneurs, in the face of understanding their boundaries, when they enter the “age of being a New Entrepreneur,” is actually writing their own novel.

This, if you’re truly determined and dedicated in creating a growing company, and becoming an entrepreneur, rather than just being satisfied operating a small mom and pop store.