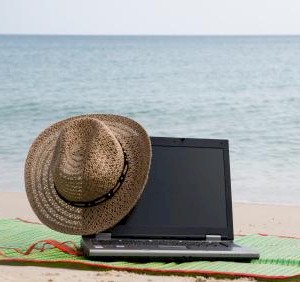 One of the most obvious displays of Stress and Anxiety is when waiting for the elevator, you frantically begin pushing the already lit “UP or DOWN” button in the hopes that it will arrive sooner, we’ve all done it.

Like most in the civilized world, we live in a faster is better culture, where fast food at the mall is becoming the norm rather than a wholesome home cooked meal.

We begin to fidget with our smartphones while at the grocery checkout line, and go in complete panic mode if at anytime, the Internet connection goes down or pauses, or if the computer reacts too slow to command.

The urgency and the impatience that we feel for attempting to recover time is becoming a serious epidemic, needlessly putting pressure on ourselves, as we multitask throughout the day while pumping ourselves up with expensive designer coffees.

We’re beginning to put in more hours at work than the majority of other workers in the industrialized world, while continuously depriving ourselves of valuable nutrients on a daily basis, just to keep up or stay on track.

This is the explanation why the majority of the adult population experiences various degrees of stress on a regular basis, while getting less than the recommended 7 to 8 hours of prescribed sleep that’s designated for optimum health and performance.

This is turning us into a nation of neurotics as there’s nothing more important than the “energy = time = money” equation. We don’t want to or care for it to be wasted or stolen. We like to choose quantity over quality while internalizing our need for speed, which values saving time as well as maximizing efficiency.

Then ultimately it’s our vulnerable health which eventually ends up paying the price. This urgency of creating more time out of thin air results in multiple increases in hypertension.

According to the latest statistics, there are close to 40% percent of adults who suffer from various degrees of anxiety, impatience, and ultimately suffer the consequences such as a stroke.

Quality Over Quantity
Attempting to slow down isn’t an easy thing to do. What’s recommended is a gradual slowdown of your life, and habits, as well as some effective strategies and a plan on how you can do so.

Getting Your Priorities Straight
Begin by making a conscious list on what you consider is the most important to you, your life and family, and then eventually allow your schedule as well as your attitude to reflect these intentions.

For instance, if your relationships and your health are beginning to take a higher priority on your list, then turn off the TV or computer and free up that time to take a walk with your dog instead.

Doing One Step At A Time
When you begin to multitask, everything becomes blurred and it becomes almost impossible to concentrate, or think clearly. What performing multiple things at once does is it splits our consciousness in half or into multiple directions.

Begin By Sleeping And Waking Up Properly
Begin to set your alarm clock a little bit earlier, and don’t immediately get up once it goes off. Lie still for a few minutes and think what in your life it’ll be worth getting up for.

Don’t Rely On The Time
People will instinctively panic or hurry up once they see a clock or a watch, and find out what time it is. That’s why department stores won’t usually have clocks on their store walls displaying the time.

There’s a lot less anxiety when you don’t wear a watch. But because you can still find a clock or the time anywhere, you’re still able to be punctual when needed. You’ll effectively free yourself up from being a slave to time, so begin by going watch free, beginning on the weekends.

Slowing Down Your Life
Our goal should be to begin reacting slower and more fluid rather than speeding up our lives and still wanting to win the race. Those who resist reacting to pressure are enjoying much richer and fuller lives.

Also, the slow down and live longer movement isn’t about shutting down the Internet entirely, or deciding to avoid the mall, or air travel. The goal is to do everything at the right speed, your speed, the speed you’re most comfortable with.

But rather than you compromising performance, a slower and healthier pace has proven to allow you to work better with improved results. Those individuals who feel they have control over their time are usually more relaxed, productive and creative.