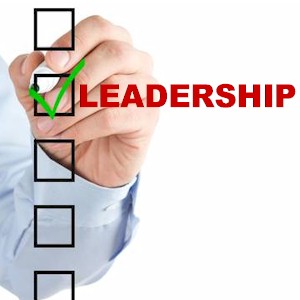 We all know that the majority of individuals are followers, who will look up to those who truly lead. Then there are those who think they’re leaders, but are far from it.

Any publication that’s based on real leadership, the literature will always claim that you can become a better one, a process where others will then instantly look up to you. So does anyone who wants to become a leader, and are willing to learn to be one, automatically become one. There are experts who believe that “learning” to be a leader are remote.

True leaders will usually lead by example rather than shouting from their soapbox, bragging about what they’ve done in the past, or what they can do in the future. What’s been witness lately are a few leaders who are truly effective, but those are far and few between.

Then there are those who are forced into positions of leadership, but are woefully incompetent or not qualified, completely misguided when it comes to their abilities to lead anyone effectively.

What usually happens because of this misjudgement is a lack of honesty and self-assessment, this by those who think that they’re leadership material.

So to discover if you, yourself, have leadership qualities, or are wanting to become one, the following are traits that’s found in the true leaders among us.

Leaders Have The Ability To Change People
Which one of the following are you:
• You’re someone who consistently hits your targets, but will completely burn out your team, or those who you work with in the process
• You’re capable of building a great team, but you and your team will consistently miss your goals or targets

Who in your opinion is the better leader?

This is a trick a question, a false dichotomy, but a trap that most companies will fall into. The real answer is none of the above, but option C.

Option C
• Are leaders who are capable of developing a team that will constantly hit their targets, while being able to achieve their goals with energy

Most will become too fixated on the ultimate outcome or prize, to the extent that they become manipulative and overbearing, just so that they can reach those goals, and then blame it on motivation.

Once this occurs, they’re no longer really leading, but instead dictating. This also isn’t saying that you need to be a “doormat” to be a leader either.

The Taking The Bulls By The Horns Mentality
There are a lot of business executives who think that they’re leaders. What they’re doing is confusing leadership with action. These individuals believe that they always need to be in constant motion at all times, and then they will become leaders as a result.

Consequently, the more ambitious that they become, the more that they attempt to set by example, thinking that they’re displaying a leadership role. Then the momentum tends to get more furious.

What then occurs is that they’ll leave their mere mortals in the dust, in their wake. These “busy bee” leaders will begin to work harder, quicker, and longer than everyone else around them.

They will aggressively plow through any and all situations, while they’re also able to solve any issues just because of their sheer brute force and determination. They’ll generate a windstorm of activity behind them, which becomes a dust cloud ready to implode.

Their one and only leadership quality they possess is volume. Once they begin to think that you’re not working as hard or as fast as they are, what then happens is that their demands will become increasingly strict, louder, and more strident.

One would think that with such blunt force, this one method fits all mentality, would motivate the action of others. If they do fail to follow, then the individual won’t be able to attain any degree of success or advancement.

Unfortunately, for the majority of organizations, even the largest and the most successful of companies, they encourage these aggressive chest beating types of leaders, which borders on bullying.

Leaders And Taking Action
What the true leaders understand is the value of taking action, but that isn’t the only tool that they have in their arsenal. In fact, it’s usually not their primary method of motivation.

The greatest of leaders will envision more than everyone else, see the complete overall picture. They’ll see the entire patterns, solutions, answers, threats, and the opportunities.

They’ll realize what’s the most important thing to do, but they’re also aware that understanding, thinking, interpretation, and contemplation are just as important.

You Lead When You’re Needed Which Isn’t All The Time
We’ve all come across that egotistical insecure type of individual who’s only security is when they take charge, of everything. Whether it be a brainstorming session, a family outing, a night out on the town, etc.

What they always want is to be in the “lead-dog” position, making sure that they’re in complete control, this because they’ll feel more important, and will do everything that they can to get it.

They’re always opinionated or critical, can become impatient or angry while frequently being brusque. These individuals just need to be in the limelight, will take credit for everything, and want others to describe them as natural born leaders, which they aren’t.

The truth is that they’re usually nothing close to being a leader. True leaders will never presume that it’s their right to take charge at all times, once a group of people get together.

It’s actually quite the opposite. A great leader will usually assess each and every situation on it’s own merits. They will then, and only then decide to take charge when the situation, or their position, or the needs of the moment demands that they do.

If you’re under suspicion or don’t agree with any or the majority of these situations of what a true leader is, then more than likely you’re not a leader.

We Are Now Completely Consumed By Mobile Please Make It Stop