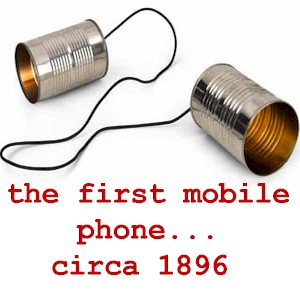 What we now love more than anything is our mobile devices, our smartphones, or any other mobility contraption which keeps us connected when were out and about, on the move.

It’s estimated that on average, we’ll check or somehow interact with our smartphones for a variety of reasons, such as text messages, up to a hundred or more times a day.

We can no longer be separated from these portable devices for any length of time, as once we do, it usually results in a massive panic attack.

We have become absolutely seduced as we embrace this technology of being constantly connected, so much so that anyone who owns one, and is apart from it for any length of time, begins to feel separation anxiety much like quitting coffee for a few days.

This form of anxiety is similar to that anxious visit to the doctor, that first blind date, a peculiar worry will envelope the loss of any type of habit or attachment. Researchers now even have a term for this, known as “no mobile phobia.”

To offer guidance to the potential downsides when it comes to our dependence on these devices, there are now actual counseling for these sufferers. It’s just a matter of time until the big pharmaceutical companies begin focusing in on this as well.

You Mean There Are Dangers To These Mobile Devices
Just the separation anxiety alone isn’t the only risk that’s associated, when it comes to the toxic mixture of mobile communication and human interaction.

It’s estimated that in most developed countries, that up to one quarter of all motor vehicle accidents are related to some form of mobile device distraction, a percentage of them being fatal.

These are just the reported figures, as the actual number of mobile device related accidents are most likely a lot higher since it’s now against the law in most countries to mobile device and drive.

Over the past decade, there’s also been a significant increase in injuries when smartphone packing pedestrians, in that familiar head crouch, becomes distracted and wanders into oncoming traffic, lampposts, bikes, and other people, resulting in injury.

Mobile Causing A New Energy Crisis
All of this mobility usage is also being blamed on significant energy consumption. We’re now at the point where there’s close to 7 billion mobile phones which are in use worldwide.

What the majority of these people are doing is simultaneously checking their messages, looking for addresses, using maps on the Internet, or talking away.

What all this wireless connectivity worldwide does is it consumes an enormous amount of electricity. There was a recent study which estimated that close to 90% percent of the energy which is consumed by mobile connections are by the wireless access providers.

This doesn’t include the tons of electrical energy that’s sucked up by the mobile devices themselves. Another source of power consumption are the data centers.

That doesn’t appear as much until you begin considering all of the combined aggregated electricity that’s consumed globally, including all of the data centers worldwide, and the mobiles in use simultaneously, the numbers quickly add up.

This is the core of the cloud computing systems, as it’s estimated to use as much as what Japan and South East Asia uses, combined. So what all this means is that the energy that’s consumed by anything related to mobile is the fastest growing contributor when it comes to climate change.

And Then There’s This Danger
So other than we being caught in this electronic jungle of power consumption, what each and every mobile phone that’s connected, reports back their exact location to their cell towers once every second or so, this in modulated bursts of, yes that word, radiation.

Why is that a problem you ask? At that exact moment, whether you happen to be using the mobile phone or not, the radiation that it’s emitting becomes a critical point. If it happens to be close to your body, then you’re absorbing bits of the radiation.

The majority of the independent research which are investigating this problem, which are usually independent and self funded, have linked this type of exposure to reproductive damage, sleep disruption, and nervous system issues.

Then Big Corporation Steps In
Not surprisingly, there’s other ongoing research which finds little to no negative health effects of mobile, such as exposure to radiation, which are mainly from corporate conducted or financed studies.

This type of research is in place to immediately dispute the legitimacy of any “negative” research which shows evidence of any harm or danger. Their biggest defense being that there’s always two sides to every story.

This type of journalism is routine and common, which counteracts everything. This however isn’t advisable when the health of the mobile users, usually young people, comes into question and is at stake.

This battle of good and bad, safe or unsafe, on the mobile phone industry is reminiscent of the media battle which existed in the tobacco industry for decades. This particular battle was finally settled when the big corporates couldn’t any longer deny that their products caused illness and ultimately death.

Mobile Is Now An Essential
Any type of mobile communication has now become absolutely essential when it comes to our high technology lifestyles. What it undeniably does is it makes our lives a lot easier, more productive, make us more sociable, cool, and more likely to succeed.

The mighty smartphone holds magical powers and are marketed as such. So is it time that we all begin to slow down and stop this decay of instant electronic everything. Just step back and realize the potential dangers that it may be causing.