How M-Commerce Retailers Are Profiting From Smartphone Users 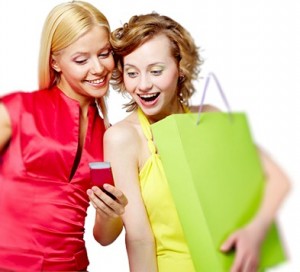 Mobile devices took a huge technological jump recently as just over half of all mobile device owners now own Smartphones. That’s significantly up from 32% percent a year earlier, as consumers are trading in their old cellphones for a brand new shiny smartphone. So because the smartphone revolution is heating up and going full steam ahead will guns blazing, what this signifies is the beginning of the way which consumers are choosing to adopt and interact with the Internet.

Smartphones And Mobile Commerce
Mobile commerce however just isn’t about a cash transaction with goods or services transfered while using a mobile device. M-commerce sites along with apps are also an extremely powerful cross-channel marketing and selling tool as well.

For instance, 37% percent of smartphone owners will browse products or services by accessing a mobile specific website which are tailored for the smaller screens or by using an app.

This access will occur when preparing to physically go to the retail store, or when they’re already in the local area, such as on the bus or train. They will also usually make plans to purchase at a later date on an ecommerce site while they’re using a desktop or laptop computer, or in an actual store while using their mobile.

There were also just over 30% percent who read reviews or looked at ratings from other buyers while on their smartphones directly before a purchase. Because of this, some retailers are now encouraging shoppers who may be in their stores to access and then read these reviews on their smartphones in hopes that the reviews will help in making a sale.

Coupons And Savings Online
Close to 41% percent of all smartphone owners will actively search for and then use online coupons and rebates while they’re online or in an actual store.

As a result, savvy retailers are now using online coupons and QR Codes as a cross-channel tactic to boosting their sales while customers are shopping and tapping away in their stores.

24% percent of all smartphone owners have actually scanned a bar code or a QR code in hopes of obtaining additional product information. They also look for video reviews on products or detailed specifications and description. The consumers are searching for this information while reading in-store banners, flyers or product tags.

There are also a number of smartphone users who have used a location-based service, such as a GPS enabled locater to a find store or service.

The Evolution Of The Smartphone
So what all this data provides is pretty much clear, that mobile device owners, specifically smartphone owners are evolving and changing the way in which they shop, this according to strategic mobile marketing initiative experts.

And because this growing technology along with the new market share that it’s creating, and since it’s still in it’s early stages of evolution, the marketers and merchants who are adopting this early are ahead of the curve. They are actively investing as well as implementing these tactics right now, ahead of the masses.

They are getting an early start so they will be best positioned to follow exactly what the consumer trend is doing next, regardless of where they are with their mobiles.

Mobile Payment Wallets
Another quickly emerging m-commerce front is online payment methods using mobile wallet systems. There are however currently just a few “iron-clad” secure wallet solutions which are available, and the adoption by consumers is extremely slow at this time.

What mobile wallets do is they will store debit and/or credit card information directly on a secure app, which enables the consumer to instantly pay for their goods when in a retail store using their smartphone.

There are currently just 15% percent of smartphone owners however who have downloaded a mobile wallet app, or have expressed interest in using a mobile wallet payment solution. Security concerns are the biggest issue.

The final survey was a breakdown which was based on the age group of smartphone owners. It was found that there were 61% percent who fell between 18-24 years old, and were the largest majority group of owners.

Ways How Advertisers Pick Your Wallet And Take Your Money

The Tricks That Grocery Stores Use To Make You Buy More