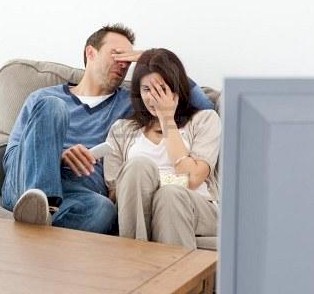 There are a couple of scientific techniques on how Advertisers effectively persuade you as a consumer to hand over your hard earned money to them.

Among the tactics that they use to persuade you are actually pretty much commonly familiar. When you hand over the cash, you may even recognize which technique they’re using.

One of the methods that these slick marketers use is known as “social proof.” What these advertisers will do is start making outlandish and unreal claims such as “We’re the number one dealer on the planet for the past 7 years!”

[ad#co-1]
What the intended purpose of this techniques does is it appeals directly to the universal individuals innate desire to fit in with the crowd, their peers, friends and family.

The other technique that’s commonly used has a completely opposite polar desired effect, but to the majority who appeals to it, it’s equally as familiar.

This other technique is known as the “scarcity” appeal where the advertisers will appeal to you wanting to be completely unique from everyone else, to stand out from the crowd.

This to be able to distinguish ourselves from those around us and to express our outstanding and appealing individuality. These claims will at times even suggest that their outstanding offer is a “once-in-a-lifetime” opportunity if you buy now.

Why… Because It Works
It’s now pretty well known by intensive tests that the participating individuals were all successfully persuaded by both of these form of advertising messages. This for different reasons as well as they being applied at different times.

Recently, a group of marketing researchers inquired whether the content which surrounded these types of advertising messages may help in determining which method was more useful and persuasive and under what circumstances.

For instance, when individuals feel that they’re threatened in some way, they will naturally become a little more inclined towards blending in with the crowd, or with their friends or their loved ones.

When consumers feel romantic, then they’re more inclined towards seeking opportunities which makes them stand out and be more unique from everyone else.

Doing so obviously makes a lot of sense. This is similar to livestock such as sheep who instinctively gather in their familiar herd, primarily to seek safety and comfort from predators.

In our human evolution, people who were also traditionally inclined towards seeking the company as well as comfort of others did so when in times of distress. This presented a better and a more likely chance of survival.

Conversely, in an attempt to attract someone, what’s then required is to stick out from the crowd and be as unique as possible. This is similar to a peacock which flagrantly displays its colorful tail in order to attract peahens.

When it comes to the mating mentality of humans, these individuals are not interested in fitting in and looking like the regular Joe. They want to stick out and be noticed.

Depending on how you feel, these are two strong and opposing motivations that you go through on a daily basis. Do you want to fit in or are you wanting to stand out a bit today. Everyday in your life, in any situation, you are either or.

So What The Research Revealed
Based on recent experiments to confirm this, the individuals who were tested were initially shown a video clip of a horror movie, directly after, they were shown either a “I want to fit in” social proof advertisement or a “I am unique” scarcity ad.

Another group was then shown a romantic movie clip, which also included puppies and grandma in the background, and were then shown the exact same two advertisements.

You can most likely guess what the testing revealed. The group of people which were shown the horror movie clip were more persuaded by the “social proof” ads, and not the “scarcity” ad.

In fact, when there’s a feeling of threat, people will be inclined to not like the offers which portrayed scarcity or uniqueness. But as expected, those who were shown the romantic movie clip, the opposite reaction emerged.

Those who watched the non threatening movie clip were usually more persuaded with the opportunity to buy something that was unique, and disliked the social proof, “fit in the crowd” message.

Do You Blend In Or Stand Out From The Crowd
So the very next time that you’re watching a horror flick or a romantic tear jerker, pay attention to how you feel regarding the advertising messages which you see during as well as after the show.

Take note of whether you’re drawn more towards the social proof ads or if you like the scarcity message better. You will better understand why you’re feeling persuaded towards a certain feeling which may help in you resisting that “Everyone is doing this thing” or a unique “Once in a lifetime” urge to act on something. You are what you feel.