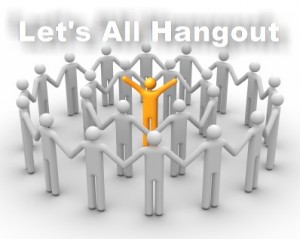 It wouldn’t be fair to say, nor it would it be justifiable that you should be limiting yourself just to stand out or use Google+ Plus exclusively. But then at the same time, there’s a fundamental and distinct difference when using Google+ Plus, the relatively new social media networking service. This especially when you compare what Google and their various services has to offer compared to their direct social media competition, Twitter and Facebook.

[ad#co-1]
What you’re required to do as in any social media environment is to encourage engagement. You’ll still need to be able to create stimulating topical conversation and provide unique content which galvanizes the reader. You will still be required to draw in and lock down your readers by giving them jaw dropping value to those squares who are in your Google circles.

But that being said, there really is something a little different about Google+ Plus. It concerns how the service is presented as well as how you decide to share your information with other individuals.

What’s also apparent is the massive number of available tools and services which Google offers in their toolbox for you to perform these tasks. So because Google and their conglomerate has an advantage which makes them distinct from the crowd, what that accounts for is there are various options on how you can create better engagement with others.

Interactivity Is All That Matters
It’s all fine to say that you should “engage” with your friends on Facebook, but that’s always not really that easy or precise to do so. First, you need to attract “friends,” and then somehow entice them so they will find your content useful or interesting to them, to get their attention.

But what Google+ Plus offers is a tremendous number of online tools in their arsenal which their competitors can’t match to make this process a lot easier. To begin with, Google offers a list of messaging as well as communication tools for you to use and integrate while on Google+.

Also, your smartphone becomes a lot more useful as you’re able to send messages, set up video chatting sessions, or interact directly with others in a variety of different ways from virtually anywhere that has Internet access. This assuming that you have a phone which runs on Android or iPhone.

Offering Content That’s Useful In Different Ways
If you’re wanting to stand out from the crowd, you’ll need to be a bit creative, and to do so, you’ll need to activate the handful of Google tools which are available to you at your disposal.

You’re able to do this by creating “special” circles where you can offer exclusive specialized content. Then allow individuals different ways to be able to move through the different levels, allowing them to access the highest level of content which you’re offering or giving away.

You can have special Hangouts which introduces new products, then have a FAQ session to answer questions from your readers or by just generating interest in your product or services.

You can also offer freebies to those in your public circle while your simultaneously getting your free White Papers or eBooks listed in Google’s SERPs, which should attract yet more traffic while building a network of followers.

Because Google Is Google
The ultimate attraction of Google+ Plus is that there’s a long list of the different ways which you can engage with others, all at various levels of interactivity.

This is left strictly to your creativity and imagination, which to some is a refreshing change to the at times restricted methods and interaction which is generally offered by Facebook.

Ramping Up Google+ Plus
So if your ready to take Google+ to the next level by taking advantage of their various services to attract social related attention towards your product or service, now is the time to do so by thinking a bit out of the box.

Google after all is still the king of content distribution and manipulation on the Internet. So if you’re wanting to expand your social media exposure, you can easily do so by starting with Google+, and you may be pleasantly surprised on what it has to offer.